This is my ongoing exploration of the Tom Clancy’s Splinter Cell games, played in release order. I will chronicle my playthrough of each title in turn and discuss any recurring themes and noteworthy events. This time I begin Conviction.

Releasing four years after both Double Agent and Essentials, Conviction was actually due to be released in 2007, just one year later. Curiously enough, it’s original launch date was taken by Assassin’s Creed, and Conviction went back into development until 2010.

After the relative hassle of previous titles, trying to make them look nice and compatible with Windows 10, I was pleased to find that I didn’t have to do anything for Conviction. Of course, there’s an annoying box that pops up telling me that it doesn’t support Windows 10 nor my graphics card, and it pops up again once Steam has loaded Uplay… Can’t have it all.
=============

It had been a hard year (or two?) for Sam, having lost his daughter, framed for crimes against the USA, arrested for said crimes before stealing back the CD containing proof of his innocence…

A former Navy SEAL, Victor Coste, was recounting the events of the game to an unseen interrogator, being filmed as he did so. He explained that, after being forced to kill Lambert in New York, along with all of the other Double Agent stuff, Sam Fisher had left everything. Perhaps he didn’t know about the framing and breaking into the NSA, as Victor didn’t mention them. 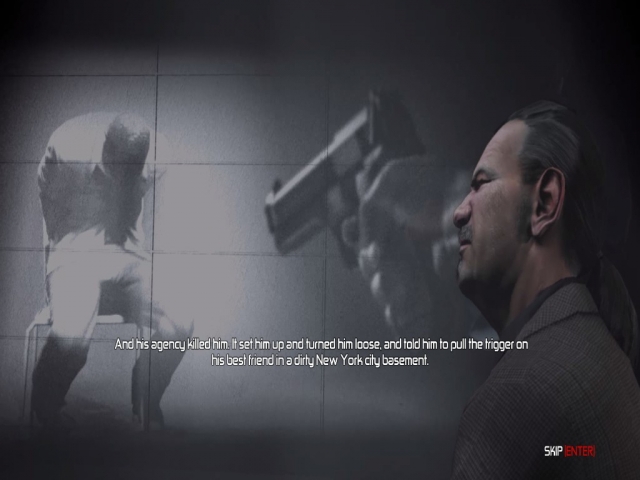 Even though, canonically, Lambert was killed in New Orleans...?

He went on to explain that, having heard whispers that Sarah’s death wasn’t an accident, Sam found himself in Valletta, Malta, at a café. A waiter handed him a phone, and on the other end was Grímstóttir. She told him to get out of there, as some men were coming to kill him, so he bickered with her before getting up.

I went from cover to cover before Grim blew the local power out, causing a distraction and allowing me to shoot the two goons nearby. I continued on my way, killing the odd goon before Grim told me to grab the leader, so I redecorated the bathroom he hid in with his face. He told me that Andriy Kobin had paid them to attack me, because Kobin was the one that killed Sarah. 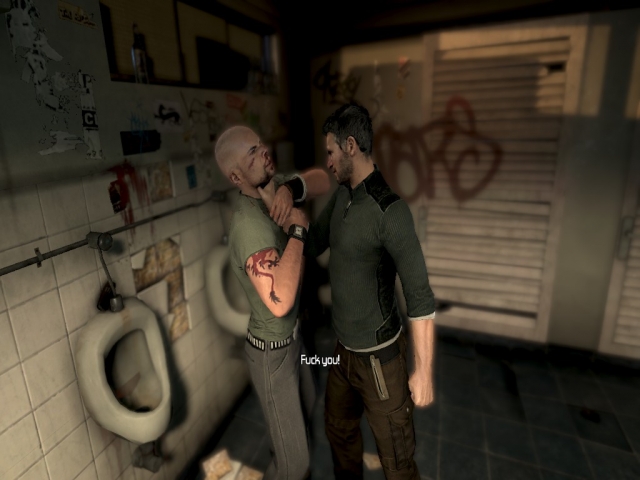 Moments before the guy got to taste urinal cake

Arriving in an alleyway close to the mansion, I walked through a crowd before opening a side door, easily entering the grounds. I broke a guard’s neck and snuck over to a wall, mounting it and entering through a window. Unfortunately, I was moving faster than I realised, and entered without looking, having to quickly kill another guard and vacate the room before the noise drew attention.

Sneaking through the mansion, the only thing that gave me away was when I accidentally discharged my gun into a cabinet, alerting two men. A firefight ensued with about 10 enemies strewn around the place by the end of it. I continued through the mansion where I had to shoot out a couple of lights before climbing a pipe. I dropped onto a guy, killing him, then went up some stairs to grab and murder another guard.

Back down the stairs, I took aim at someone and shot him in the head, before taking out three others without being spotted. Down some stairs, a wall opened to reveal a museum and some guards as I dove behind cover. Kobin taunted me over some speakers as I quietly shot the guards in the head, barely managing to avoid detection.

Back outside, I climbed up a drainpipe and pulled a guy out of the window. Two more came along, so I waited for them to chat before entering the mansion again. I could hear Kobin bitching at his men, which let me know exactly where he was - behind a locked door.

Bursting through the door, I shot one man before a rain of gunfire made me dive for cover. Luckily, after taking another shot at them, they began filing out of the door next to me to receive a handful of bullets to the face each. I went into the room, dodging from cover to cover - Kobin was firing indiscriminately, hoping to get me. I waited for him to turn his back to me before I snuck up behind him and grabbed him. 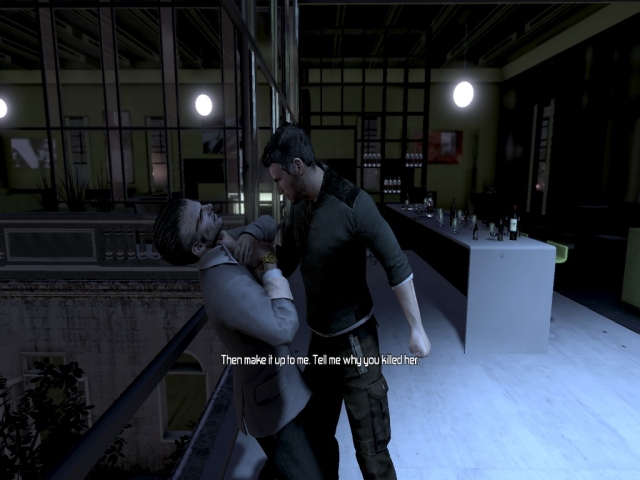 To be fair, his mansion was really nice to sneak through

Whilst playing the piano with his face, then making some margaritas with it, Kobin admitted to being behind what happened to Sarah. Or, at least, “providing a body”... Unfortunately, our chat was cut short by some soldiers smashing through the skylight and aiming weapons at me. Apparently the people that Kobin was working for…

Grim told me to surrender, and trust her, so Sam dropped the gun. They tranqued me, and took me to the Price Airfield. As Sam woke, Grim was there along with three men - well, four, but one of them was shot multiple times within moments. Director Reed, apparently now in charge of Third Echelon, told Grim to interrogate me about “the EMPs” and left with one of the men. 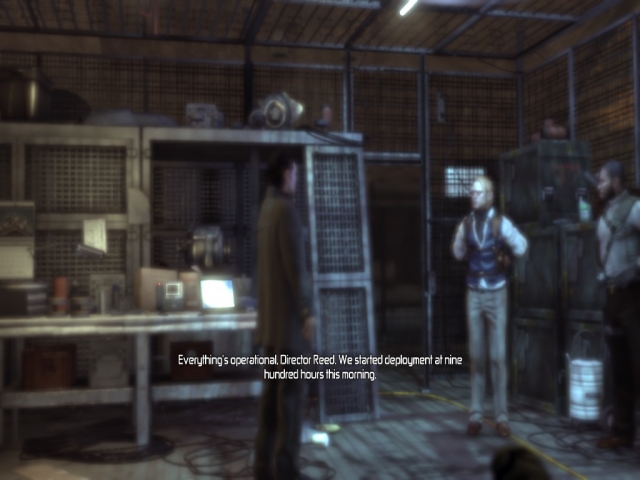 Thanks for discussing your plans in front of the prisoner you know is awake, and could potentially stop you!

The remaining guy’s head exploded as Grim shot him, then she freed me whilst trying to explain things. The biggest thing to come out of it all was that Sarah was alive, and Grim had always known…