Game Over - Batman: The Enemy Within - The Telltale Series

I felt kind of bad for not finishing this before Telltale went bankrupt, so I made sure that it was something I got around to. As such, Batman: The Enemy Within - The Telltale Series became the final game that I finished in 2019 - I had previously only played the first chapter. Ironically, the Shadows Edition came out about a week before I finished off the final chapter.

The second of Telltale’s visits to Gotham, The Enemy Within sees The Riddler coming to town and causing havoc for the Dark Knight. Throughout the five chapters you’ll also tangle with Bane, Mister Freeze and the clown duo of crime: Harley Quinn & Joker. It’s a much more enjoyable story than Batman - The Telltale Series. 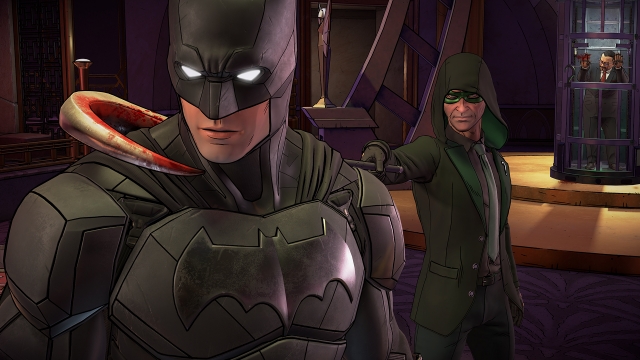 "Riddle me this - do you sterilise that thing after getting blood on it?"

Well, I suppose they’re enjoyable in their own ways, but the first game felt more like Detective Comics, whereas this one felt like Batman. They’re both Batman-centric tales, but have distinct styles from each other.

Of course, there are threads continued from the first game, obviously since I’ve already said that Joker was in this one. Bruce met him in Arkham, going by John Doe, in that game and in this one he’s out and no longer crazy. At least allegedly.

I don’t want to spoil any of the twists - of which there are plenty - so I won’t talk about the plot too much. Also, your experience might vary depending on your choices, and I know that there are different outcomes all over the place. Two of the screenshots on Steam definitely didn’t take place in my playthrough. It took me over 10 hours to finish, and I’m not about to repeat that until next year (which as of writing is more hours than days away). Alfred in my game did not wear an eyepatch, for instance

The character designs are great updates to classic looks, and Harley has trousers instead of hot pants so that’s an instant bonus. I love her classic outfit, and don’t particularly hate her new one, but hot pants? Also, it’s weird to see Bane with a beard, but I also thought that about Mr Fantastic when Marvel brought him back. I’m not a beard kinda guy, I guess.

One thing I love about this version of Harley Quinn is that she’s in charge. She’s not kowtowing to Joker and getting all gooey at the knees when he speaks, she’s a strong independent, take-command woman. We’ve seen enough versions of the character fawning over “Mistah Jay”.

The weakest of the characters is Freeze, who spends most of his development off-screen, having others talk about him. We don’t - or at least I didn’t - even see his wife Nora, just hear about her. At least we find out what kind of beer Bane likes, we don’t know anything about Freeze. 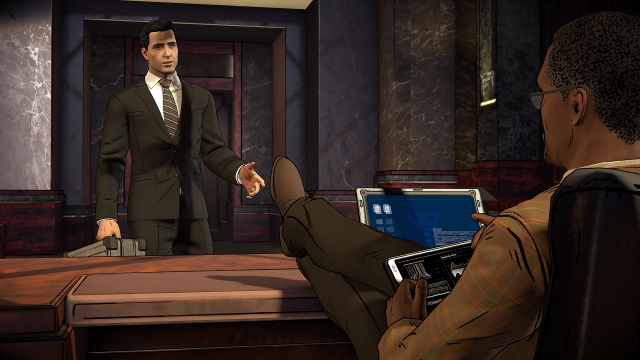 The Enemy Within has some good puzzles, and generously timed quick-time events, so even when you’re not doing the adventure game thing of “look at things” it’s a fun time. It’s probably best played on controller, though, as I had to do some hand gymnastics with the keyboard controls at times.

Since Telltale has returned (at least enough to announce development of The Wolf Among Us 2 and the aforementioned Shadows Edition update to this), I’m curious to see a third Batman game from them. Especially as the game has two endings - which will be the canonical one? Depending on what happens, it could be that there were three endings, then the pre-credits scene might be different! I don’t know, I’ve only finished it once!

If you’re a fan of Batman, even if you weren’t too keen on the story for the first Telltale Series, you should check out Batman: The Enemy Within - The Telltale Series. The game mechanics bring nothing new, but at least the story does. It’s not just a case of “now this person is a backstabbing git!” over and over again, which was my main complaint with the first game.

Batman: The Enemy Within- The Telltale Series - Episode One Review

Return to Gotham in Batman: The Enemy Within 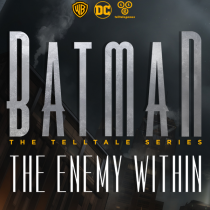 Batman: The Enemy Within - The Telltale Series