When I was younger, I would often replay single-player games a ridiculous amount. Having an unchecked addictive personality and a dislike of playing online meant that when I was hooked on a game, I would replay it several times back-to-back. Examples from when I was younger are games like BioShock, Psychonauts and Alice: Madness Returns. It’s a ritual I’ve since abandoned; once I’m done with a game now I uninstall and scarcely revisit it apart from one notable example: for the past seven-to-eight years, I have played through the Half-Life series in its entirety at least once per year. The series has been a notable example for me of something that no matter how many times I play it, I can always come back to it. During this time, nothing else I’ve played has managed to rise to the level of praise I hold for the aforementioned games. You’re probably looking at the title of this article and are wondering what this all has to do with Dragon Age: Origins. Well, having just completed the Witch Hunt DLC, I have finally got a fully-fledged save file with all the DLC completed to transfer to DA2 (which I have just finished installing as of writing this sentence), and I feel I have a lot to say about this game that’s over a decade old. I feel after just shy of 300 hours of playtime, two main campaign playthroughs done in different playstyles and then a third trying to perfectly replicate the first after all my save data got lost, I definitely should have several things to say about the game, being the first game since I was a child that I committed to doing a second playthrough of. And even now, after all this time spent with Origins, I can’t bring myself to move on, even to the point of sitting in DAII’s character customisation screen and hovering my mouse daintily over the ‘Import Origins Save’ button that would finalise every decision I made in that game.

I owned Origins when it first came out back in 2010. Being a fan of Dungeon Siege, I heard of another fantasy RPG title being released and begged my dad to get it for me. Upon playing the game, however, I found the subject matter far too complicated to understand and abandoned the title; probably for the best considering how dark it gets as the story progresses. I probably would have never played the game again, had it not been for a chance encounter nine years later, where a girl I was interested in was talking to me about Origins and in a bid to have an excuse to talk to her more, I instantly installed Origins upon returning home and began playing it the next morning. What ensued was a fascination with the game that I have yet to drop. 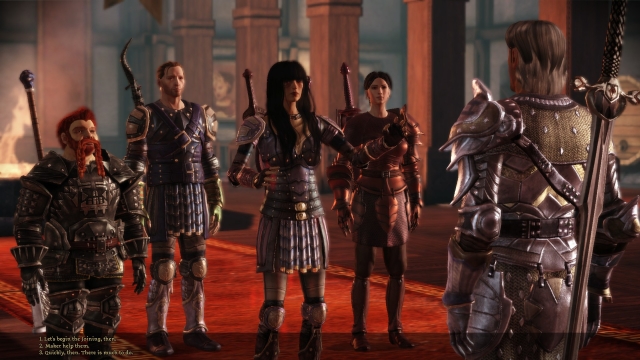 Not without it's glitches, I can't help but love the game nonetheless

The main attraction, for me at least, was how easy it was to put yourself in the shoes of your character. The extensive choice of origins for the game that change depending on your class, race, and in some cases even gender, really allows you to build your character from the ground up, especially when paired with the freedom of choice that Origins gives you when it comes to its quests. These origin choices also affect the way people around the world of Ferelden respond to your character; an elven character will naturally encounter less hostility from the Dalish & Alienage Elves than a human or dwarven character will, and this diversity gave me great pleasure in replaying the game with different origins and choices. There’s no one way to complete a quest, and usually the choices aren’t always exactly ‘good’ or ‘evil’ but rather a test of your obligation towards being a Grey Warden, your commitment to your allies or a commitment to what is best for you in that situation.

The choices are not typically easy, occasionally made worse by having certain characters in your party, such as the choice at the end of A Paragon of Her Kind, where I had both Shale and Oghren with me and had to choose between killing Oghren’s wife, or Shale’s creator. Personally, no choice encapsulates this feeling more than the two main choices at the end of the Awakening DLC. A big part of Awakening was splitting the duty of being both a Grey Warden, and the Arlessa of Amaranthine, and that ultimately culminates when the Warden-Commander arrives at Amaranthine in the game’s end sequence, and must choose between returning to save their fellow Wardens at Vigil’s Keep by burning Amaranthine to the ground, or leave them to fight the onslaught alone —which will result in some companions dying— while you attempt to save the broken city. A choice that follows soon after this also questions what it means to be a Grey Warden when the self-aware Darkspawn known only as The Architect is encountered again, and you have the choice of killing him, or letting him live and continue his experiments to stop the Blight. 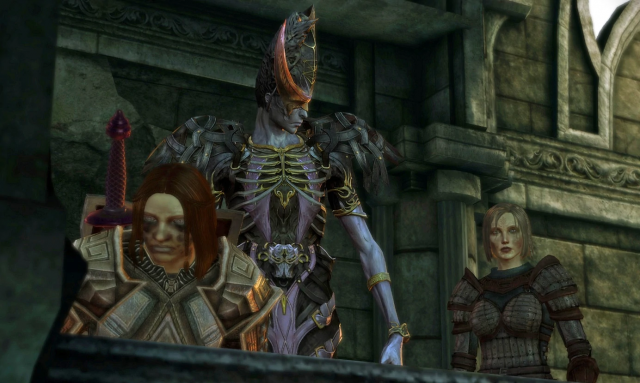 For me, the worldbuilding of the game and how the choices you make affect it is captivating. My first character was a Human Noble who was kind-hearted, at times a little childish but could quickly lose their temper, which resulted in her getting on well with Alistair, Wynne, and Leliana. My second character was an Elven Mage that despised the tower, the chantry, and was very arrogant in his own abilities and did whatever he could to bolster himself, making him the fan of characters like Morrigan, Zevran and Shale. The ability to create a character how you want makes it exceptionally easy and fun to play ‘in character’ and make choices that supersede your own better judgement for the sake of roleplaying the character, especially when these choices actually hold weight. For me such choices were killing Connor at Redcliffe, even though the Circle was saved and although I knew that there’d be no penalty of taking the trip there and back, my character wouldn’t take that risk. Another example most people relate to is the choice between Bhelen or Harrowmont. Many second-time players know that making Harrowmont king is worse for Orzammar in the long run, but Bhelen’s vicious, cut-throat nature makes him difficult to cooperate with and many players choose Harrowmont again even on subsequent playthroughs.

The effect of making the player aware of the consequences of their actions is also thanks to the phenomenal voice acting of some of the characters. Linking back to my personal experience, the voice acting of Louiza Patikas (Arlessa Isolde) and Steve Valentine (Alistair) was especially poignant during the climax of the Arl of Redcliffe questline, where I was tasked with dealing with Connor. In fact, Valentine’s voice acting throughout the whole game deserves merit; even when playing an Elven Mage that was dismissive of Alistair’s dim-witted charms, it was hard to not be invested in what he said and felt. All the characters in the game are acted beautifully and realistically in accordance with your actions and this knowledge makes you second-guess every decision you make. 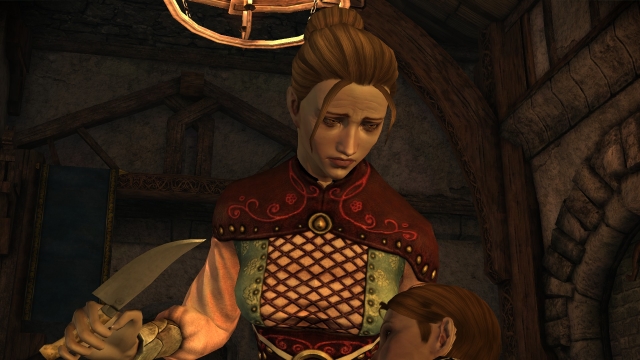 What made the game hard to move on from is the reality that all the choices are finalised, made especially apparent due to the fact that my Human Noble Warden made the ultimate sacrifice and didn’t take Morrigan’s Ritual at the end of Origins; even though I played her for the DLC’s, she is still marked as dead when carrying onto DA2. With such a high bar set with Origins, I was worried that DA2 wouldn’t be able to live up to the standard that was set, but when within the first half an hour of playtime I watched my sister get turned a pancake by an Ogre and then had to tell a woman I just met to kill her sick husband, I was pleased to see that DA2 appears to pull no punches right off the bat, and I am excited to see where the story goes from here. 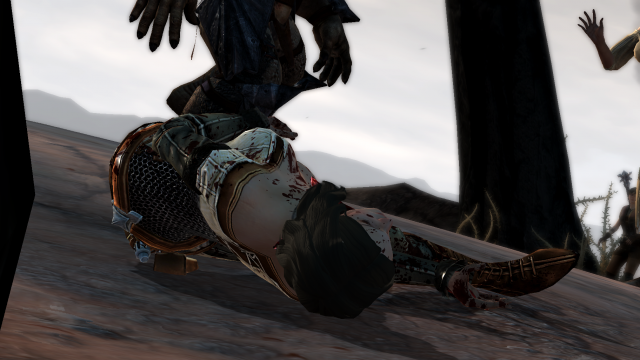 I may have completed Dragon Age: Origins and moved onto the sequel, but I’m sure not finished with it just yet.