My parents were actually really restrictive when it came to getting videogames with mature content for me when I was much younger. Call of Duty was completely off the table, as were most games with “16 and over” age ratings. Of the games I was denied, Halo was the one I sought after the most. It’s odd, looking back because Halo’s violence and content in general was honestly not much more concerning than anything else I was consuming at the time. I’d long since discovered Thing Thing and all of the horrifically gory flash games popular on Newgrounds and Stickpage, so, really, Halo was like a souped-up Saturday morning cartoon in comparison.

I did, however, eventually manage to get my grubby hands on an Xbox 360 controller at my friend’s house to play my first ever Halo game: Halo 3: ODST. Up until that point, I hadn’t even looked up footage or screenshots for the game, I’d psyched myself up entirely on what another mutual friend was able to describe to me. And so, when the melancholy and beautiful menu screen faded in, I was instantly drooling. 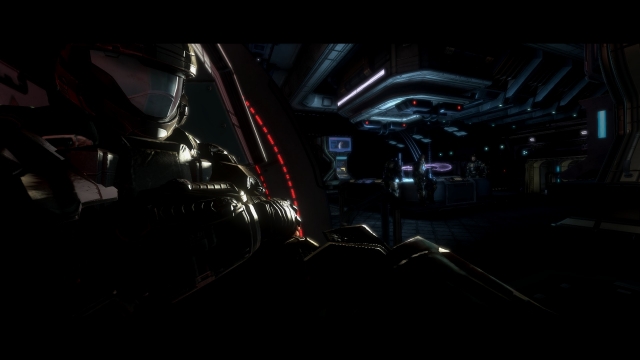 It took me nine years this year to actually purchase a copy of Halo 3: ODST. I waited specifically for the Master Chief Collection to release it, as I didn’t want to have to go back to my Xbox 360 to play through it all. I had a new perspective when I started the campaign, as I was now very well informed on most of the Halo lore and had beaten every game up until ODST besides Halo 3 (which I’m still playing through with my friend at the time of writing).

So, this many years later, what did I think when I finished it? 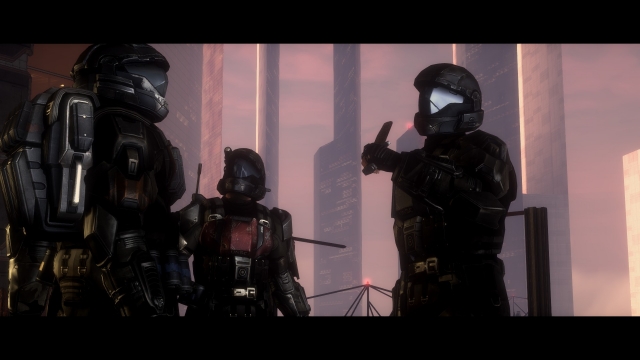 Halo 3: ODST is an interesting game to look at from the outside. It is often quite polarising when brought up in different circles. Many retain that it is underwhelming and lacks the brilliantly written story that the other games have, but others say that it is in fact underrated and one of the best Halo games to date.

After taking everything in (including my childhood bias) I’m happy to say that for the most part, I fall under the latter camp.

The game has one of the strongest FPS openings I think I’ve played through, briefly introducing you to your ODST squad, before promptly flipping the table almost instantly once you assume the eyes of the Rookie holed up in a drop pod headed for New Mombasa to help defend against a Covenant Carrier. The tension and spectacle of this moment is forced through the roof once an EMP hits and you’re separated from everyone else, waking up in the dead of night in the streets of New Mombasa, locked in your pod. 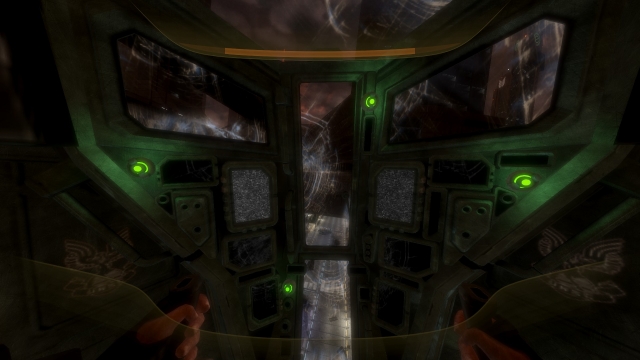 Contrary to every game prior to Halo 3: ODST, when you get into your first fight, you are completely on your own. As the Rookie blasts the door to his pod open, he’s thrust solo into the city with only his silenced submachine gun and sidearm to keep himself alive. The streets are akin to something out of a Humphrey Bogart film, with high contrast colours and lonely and haunting tracks reminding you that you’ve entirely missed the party. You awoke six hours after the drop, and it’s your job to piece together where everyone is and where you need to go to survive. I’d managed to get a taste of this when I’d played the game at my friend’s house, but reliving the experience as my older self was still something else. Bungie were heavily influenced by classic ‘40s and ‘50s film noir when creating Halo 3: ODST, and this shows in almost every aspect but especially the structure of the game. Anyone familiar with the film noir genre will tell you that flashbacks and non-linear narratives are a staple of noir canon. Bungie used this attribute as a way to realistically vary perspectives and environments to tell Halo 3: ODST’s story in a refreshing and intriguing way. As you play as the Rookie, you’ll uncover pieces of the puzzle: a crumpled turret, a destroyed helmet, a detonated charge. As you do this, you’ll take the eyes of each of the Rookie’s ODST squadmates at different times after the drop, all leading up to a finale, Tarantino style. I personally loved this, as whilst I’m a huge fan of the original games and their storylines, the change in structure is welcome and really fits the tone of the game. 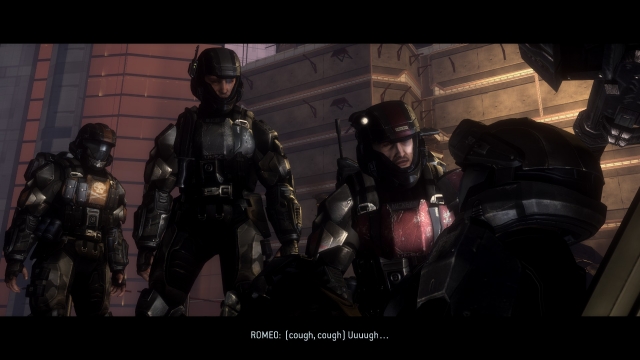 There are five characters in Halo 3: ODST that are playable at certain points of the campaign. Buck is the leader and is voiced by Nathan Fillion. If you’ve seen Nathan Fillion in literally anything, you can guess what his character’s like. He’s charismatic and fits the cheeky leader role fine, pining after ONI agent Veronica Dare (who is also an important character to the story). There’s also Dutch, Romeo, Mickey and The Rookie, who are the tough guy, the smart aleck marksman, the techie/pilot and the strong silent type respectively. The Rookie is the protagonist of the game, being the person who has the most stake in the story and is also the character you start and end the game with. In between flashbacks to the past where you play as the rest of your squad, you’ll fade back to The Rookie trudging through New Mombasa and searching for clues. Some criticise this as filler, but I really like this aspect, as it adds a lot to the atmosphere to be able to roam the city at night like a detective, and really puts you in the shoes of The Rookie. 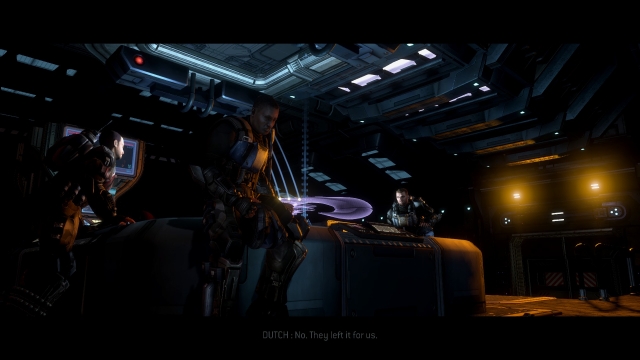 You can see a lot of the bones of Halo: Reach in Halo 3: ODST, from the team of characters to the darker tone and the more experimental take on the campaign, but upon reflection, I feel that Reach’s predecessor outdoes it in most cases. Halo 3: ODST’s characters, for example, are very simple but have tensions and conflicts that make them interesting and work with the plot to create drama. There’s a clear sense of distrust among the squad towards Dare as an outsider, and this leads to an interesting but subtle arc where the ONI agent proves her worth beyond being simply a government spook and the team provide respect. Whilst I very much like Halo: Reach, I always felt the characters didn’t have much meat to them narratively besides Jorge (and we all love Jorge). Here, even when the ODSTs are pretty archetypal, their archetypes are used in a way that makes them effective, as opposed to more complicated concepts that are never utilized meaningfully.

I find it interesting, as well, that of both of the two games’ quiet protagonists, Reach’s Noble Six actually has a few lines, yet seems less characterised than The Rookie, who never speaks during the course of the game. Actions do speak louder than words, and whilst Noble Six is an efficient killer, we don’t see much of their personality and thoughts outside of their actions in war. This could very well be a commentary on Noble Six’s nature as a killer and little else, which is an interesting contrast to Emile’s very outright facade of enjoying war to scare the enemy, but that could also be considered a reach (haha). With The Rookie, he’s given a definite and indisputable curiosity and an almost adorable attitude with how he carries himself (even something as small as him falling asleep at the start is a nice little character bit). There’s more to work with when you want to get into The Rookie’s head and what he’s thinking, as he inspects a blown-out explosive charge or looks out into the city at night. By no means is he the pinnacle of character writing, but he’s a great example of less being more. 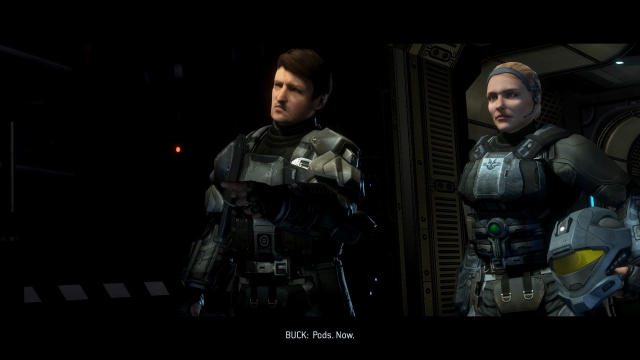 The story itself is just okay. It’s a nice and short tale and it has a few surprises but it isn’t on the scale of Halo 2 or Halo 3. It’s a single mission, and not a large chunk of a war. For a spin-off game this works well enough. The gameplay is excellent. Whilst it borrows much from the original Halo 3, the slightly rerolled and altered sandbox makes it incredibly fresh and grounded. There’s no dual-wielding this time around, and you’re not moving quite as fast nor jumping as high as your supersoldier predecessors. Instead of your usual assault rifle and magnum, you’re instead granted a silenced M7 SMG and a M6C/SOCOM silenced magnum. You also have a modified health system that really doesn’t differ much from Halo: Combat Evolved’s, the only difference being that your shields are now “stamina” which replenishes naturally, whilst your health does not and requires medical packs to restore. The changes are subtle but work wonders to put you to a more human power level and fit the boots-on-the-ground style combat better. 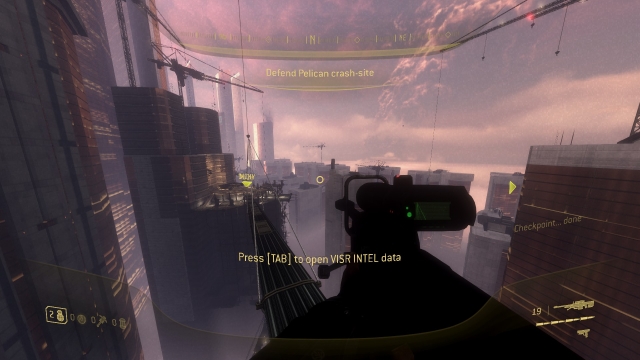 Aesthetically, Halo 3: ODST is at the top of the game in its franchise. I’ve already mentioned just how lonely yet gorgeous the streets of New Mombasa are, but the variance in environments despite being set in one location for the most part are honestly fantastic. You have the sand covered theatre of war that Dutch fights through in his early levels, the high-up urban jungle that Romeo and Buck take on and the noir streets and cold archives deep in the city that The Rookie traverses later into the game. Building on the foundations that Halo 2 set years ago, New Mombasa feels huge and lived in, with so much attention to detail. All of this is shadowed by Marty O’Donnell’s frankly breathtaking score, which draws inspiration from previous games but feels like its own beast entirely. The tracks trade choir for saxophone and echoes of jazz, yet not quite being boxed into that genre. It might be my favourite of his work now, though I’ll always be partial to Halo: Reach’s score. 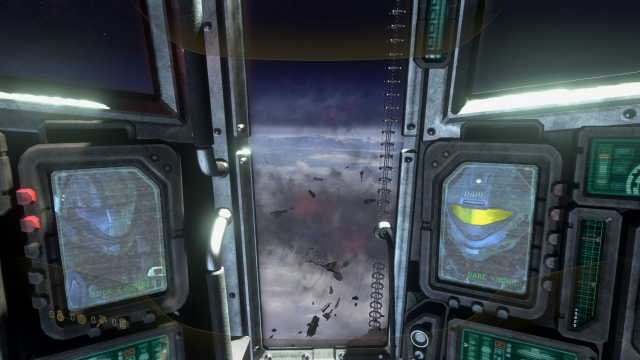 It’s sad it took me this long to play Halo 3: ODST, but in a way I’m glad I got perspective on the rest of the franchise before I tackled it. It made for a more interesting experience. 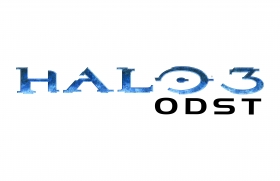