The beautiful forests, mountains and beaches of Rook Island call to those seeking adventure. It then ransoms them and sells them into slavery, but don’t let that put you off! Do you ever play a game and think “I remember this bit, but I don’t remember the prior four hours, and the next section is new to me…”? Well that’s how I felt multiple times when I answered the call. I’ve started Far Cry 3 a few times, but I’m pretty sure I’ve not finished it before.

Yes, I’ve finished Far Cry 5 and Far Cry: New Dawn, so why did it take almost a decade for me to get around to this first person shooter? No idea. I just never got around to it, and I seemed to remember a big emphasis on hunting. Turns out that’s a minor part of it, as is basically every optional thing on the two islands. 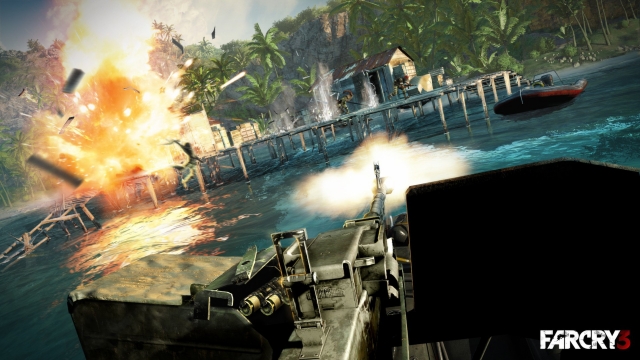 Let me start from the beginning. Far Cry 3 sees you in the sandals of Jason Brody, who has been on holiday with his brothers and friends across Asia. They skydive onto Rook Island only to be grabbed by the local pirate boss Vaas, who is going to ransom them all, then sell them into slavery. Jason manages to break free, and what follows is a tale of rescue and revenge.

It’s often said that Far Cry 3 suffers from “white man saves the savages” syndrome, and it very much does. It somehow turns out that Jason is the only one who can wade through 2,000 pirates and mercenaries to kill the pirate king and that guy’s boss, who have been ravaging the islands for years. True, he’s helped by an insane amount of luck that would make Lara Croft jealous… 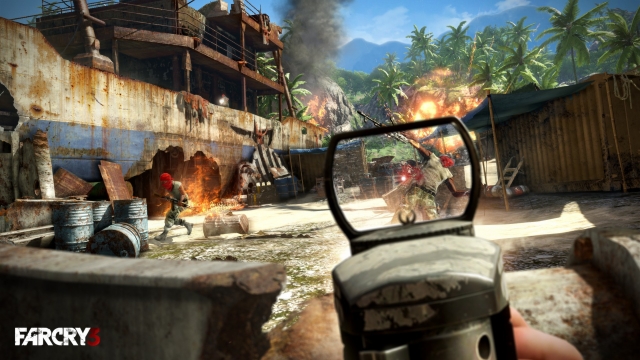 He’s rescued by friendly locals multiple times, doesn’t die from the massive amount of drugs he takes either willingly or by force, he’s shot, stabbed and has bits chopped off - and that’s just in cutscenes! That’s completely ignoring the whole “action videogame” of it all!

You meet up with Vaas’ sister, Citra, who leads the warriors of the island. For whatever reason, they’re incapable of doing anything. They’ll guard outposts that you capture and fight enemies they meet whilst driving around, but it’s up to you to kill the people on wanted posters, and skin the legendary animals also on wanted posters. Even when she pledges her men to your cause, you’re still left doing everything solo… 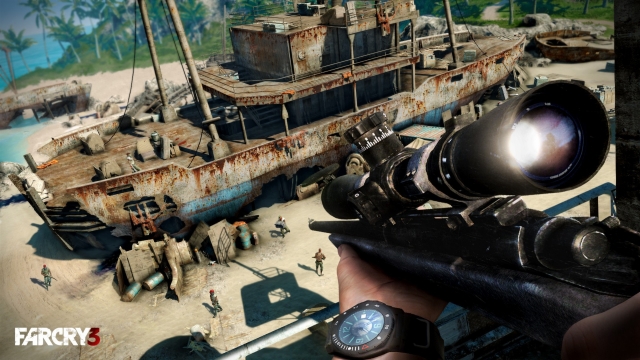 The island itself is a great location, even if the dense foliage doesn’t always hide you from view. Lots of places to explore, boats, quad bikes and a wingsuit… It’s a lot of fun to explore, and I never had to go out of my way too much to find the right animals to skin for crafting supplies. Of course, if I’d wanted to collect everything, and do all of the side missions, I’d have had to go more out of the way, but that’s all optional. Since it’s a pretty dense map, it doesn’t suffer from the same problem as Far Cry 5 - far too many random animals and people trying to fill out the empty spots.

From the whole experience, I think the only really disappointing thing was Jason’s voice actor. Everyone else was great, but Jason was very underwhelming. He sounded bored, rarely emphasised things correctly and I just disliked whenever he spoke… 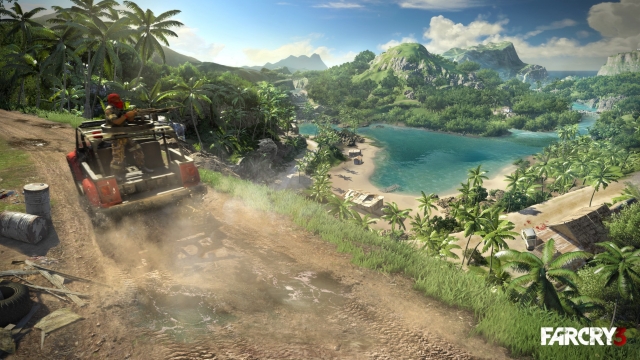 The weapons were also a little underwhelming, if I’m honest. Once I’d unlocked a submachine gun and a sniper rifle (both with silencers), I didn’t go back to the bow & arrow. I don’t really use shotguns in games, and Far Cry 3 didn’t give me a reason to do so in this one. The rocket launcher was only good in small doses, and C4 & mines were basically useless. The inclusion of a “weapon wheel” really would have improved things.

If you can get this cheap enough - I got it free with Far Cry 5, and on PlayStation Plus - then you should check it out. It’s entertaining enough, and there were only a few annoying points. Like when I drove into a hole and couldn’t get back out, so had to fast travel - then almost drove into the hole again. It’s possible to do a lot of the game in stealth, if you’re any good at it, so most enemies never pose too much trouble once you’ve died a few times watching their patrol habits.

Anyway, it’s not the worst game in the franchise, so give Far Cry 3 a look.