How To Get Eurytus' Bow in Expeditions: Rome

Expeditions: Rome has a lot of cool weapons incorporated in the game with tons of abilities and unique passives that are sure to help throughout the journey. One such unique weapon is one of my personal favourites: Eurytus' Bow.

The bow has a passive that, upon dealing a killing blow with an interrupting attack, the stance will not end, allowing the character that has it equipped to make another one. This passive is infinitely available, which means that you may kill several foes in one interrupting attack, which can quite heavily turn the tide of battle. This bow saved me from several bandit attacks early on due to its passive.

Getting Eurytus' Bow is surprisingly easy, despite having grabbed it by glitching through a wall (oops) I found out how to do it shortly after.. It's located in the Temple of Apollon, in a room right behind the statue in which Eritha is standing in front of. To get in there, players will have to get the axe near the burning temple where repairs are being made. After that, they can go to the area and interact with the cracked floor, which should reveal a ladder leading down to the area, and laid in front of the broken foot of the statue will be the bow. 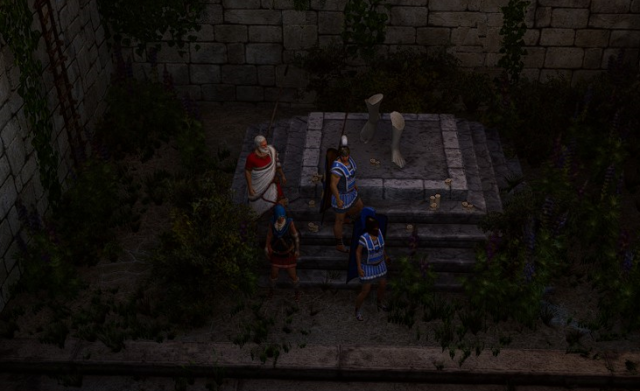 This is where it would be, if Julia hadn't rudely equipped it already.

That is how you can retrieve Eurytus’ Bow! Simple enough, if I do say so myself! It’s easily one of my favourite weapons in the game, and can be a game turner whenever using it to aim down choke-points. Which one is your favourite weapon? Feel free to tell me down in the comments below! I’d love to hear your opinions!