Bonemass is the third boss and easily one of the most difficult fights in Valheim. Unsurprisingly, Bonemass manifests as just that, a mass of bones trapped in a giant ooze. Like all bosses, it has three attacks: a close-range swipe, an attack that spawns skeletons or blobs, and a poisonous cloud. It is primarily the poison effect and summons that make Bonemass such a uniquely difficult fight. 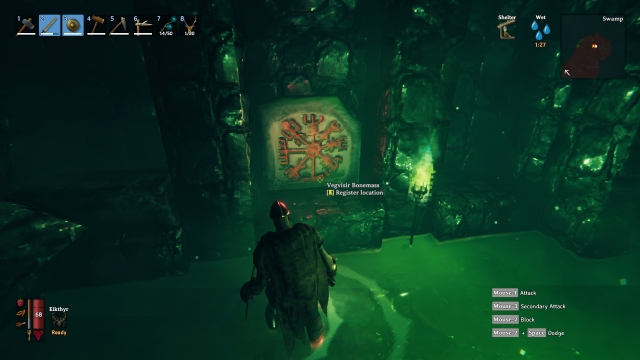 The location rune for Bonemass will also be found in the Sunken Crypts. Once activated, it will mark Bonemass’s location on your map.

Head there and summon Bonemass

You’ve got the location marked on your map. Head there and summon Bonemass. Make sure to bring your Withered bones, and be prepared for a very difficult fight. 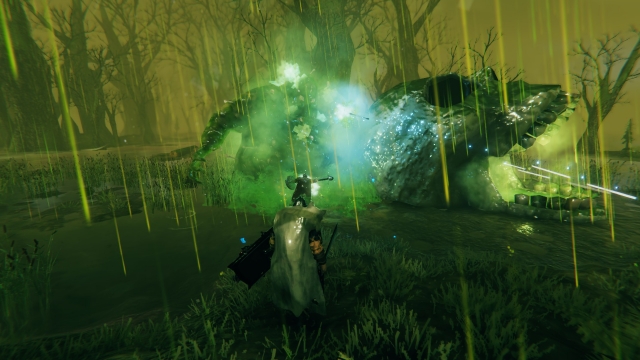 You want to use the strongest food available to you. We recommend that you use Serpent stew, Lox meat, and Sausage. This will provide you with a serious amount of health and stamina.

Get the Rested status effect

You need the health regeneration boost given by Rested. Don’t even think about attempting Bonemass without it. It’s always a good idea to set up a quick shelter with a heat source before starting the fight to have a fresh status effect.

These are not optional. You will not survive the fight without these. You’ll want to save your Medium healing meads until they’re absolutely necessary. Otherwise, simply use the terrain and kite Bonemass while allowing your health to regenerate.

Bonemass is susceptible to damage from Clubs. This means that the Iron Mace is likely your best option during this fight. If you don’t have one, craft one. If you can’t be bothered, at least use a Bronze mace or better.

Lastly, you need to use terrain to your advantage. Eikthyr’s power will allow you to get in and out of combat quickly and safely. Your best bet is to get a few attacks in on Bonemass and leave when you start to dip below half health. Use the trees, rocks, or Sunken Crypts nearby to avoid the summons and let your health recover. 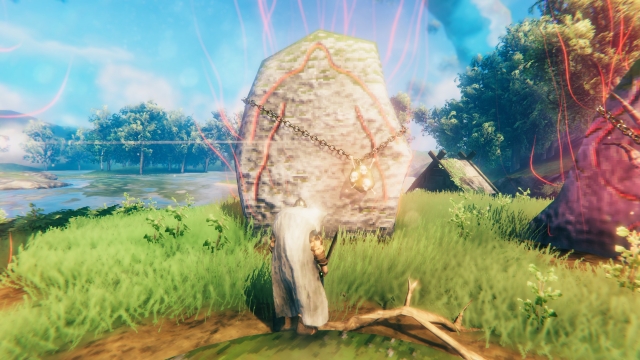 Defeating Bonemass will reward you with arguably the best Forsaken Power in the game. It provides a physical damage reduction for five minutes. When you enter the difficult biomes in the game like the Plains, you will want to have this power equipped.

In addition, Bonemass drops a Wishbone. This acts as a dowsing rod that allows the player to detect ore and treasure beneath the ground. Bring the Wishbone to a nearby Mountain so you can begin to mine for Silver.