Whether you’ve arrived from our batch of Resident Evil side games, directly off of the last main series title in Part 1 of this series, or you just like reading things backward, I am here to help you finish off the Resident Evil series in its current form. With globe-trotting adventures and spooky first-person experiences ahead, I hope you enjoy the rest of this fantastic franchise. 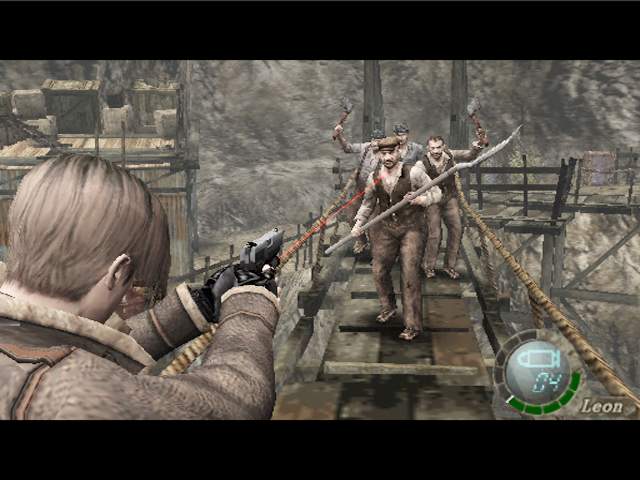 Now that that’s out of the way, let’s move on to Resident Evil 4, where Resident Evil 2’s Leon S. Kennedy returns to save the president’s daughter from a mysterious cult. Originally released in 2005 on the GameCube and later ported to PS2, Windows, Wii, iOS, and Android, this horrifying classic also got an HD version released between 2011 and 2019 for PS3, PS4, Xbox 360, Xbox One, Windows, and the Switch. There’s no particular reason why you’d have to experience more than one version of the game, so feel free to take your pick, for the most part. I’d steer you towards any of the HD versions, as they come with a few more gameplay features and modes as compared to the original and its ports. If you must play a non-HD version, I would caution you away from the PS2 and Windows versions, as they feature visual and audio downgrades and awkward control schemes respectively. 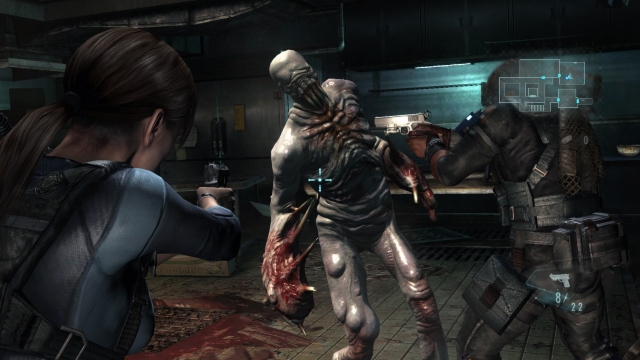 Up next is Resident Evil: Revelations, a title again featuring Jill Valentine and Chris Redfield as playable characters. Soon after the two founded the Bioterrorism Security Assessment Alliance (BSAA), Chris and his new partner, Jessica Sherawat, go missing while looking for evidence of the resurgence of bio-terrorist group Il Veltro. Jill and her new partner, Parker Luciani, looking for Chris’ last-known coordinates, board an abandoned cruise liner, the Queen Zenobia. Technically a side-game (though not one you’d want to miss), Revelations was originally released on the 3DS, and later re-released in an HD edition for Windows, PS3, PS4, Xbox 360, Xbox One, and Switch. While the 3DS version is the easiest to carry around with you, I’d still recommend skipping it and taking on the HD version on whatever your preferred console is, particularly as the Switch version will still let you take the game on the go. The re-releases also feature new costumes, new characters, a new enemy, and even a new difficulty setting. Next up is Resident Evil 5, where Chris once again returns with another new partner, Sheva Alomar, to investigate Bio Organic Weapon smuggling in Africa. In something of a first for the main series, RE5 features cooperative play with two characters, both online and in-person with a split-screen. It was originally released for Windows, PS3, and Xbox 360. A Gold Edition was later released for all three, which included extra levels, an extra mode, and more goodies. However, the best way to experience it is through the later re-release for PS4 and Xbox One, featuring an improved resolution, all Gold content, the previously Windows exclusive No Mercy mode and a new version of The Mercenaries mode, where you try to get the highest score by completing objectives and killing zombies, either alone or against another player. This bonus game mode exists in prior entries, including Resident Evil 3: Nemesis and Resident Evil 4, but it had always been single-player until now. 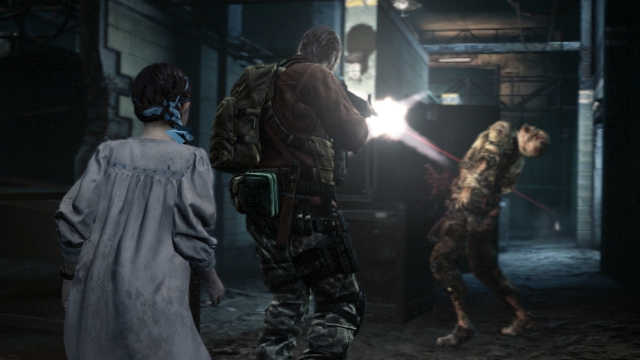 Moving on, you really won’t want to skip Resident Evil: Revelations 2, an episodic title focusing on Claire Redfield with Moira Burton, Barry Burton’s daughter, after they are captured at a commemoration party for another anti-bioterrorism organisation, TerraSave, and have to escape an island prison/facility. But that’s not all, as Barry himself finds the island and works his way inside in an attempt to save his estranged daughter with the help of a mysterious child with strange powers, Natalia Korda. Each episode features a Claire segment and a Barry segment. As with Resident Evil 5, Revelations 2 features the option to play through the campaign alone or with a friend, both online and in-person, as well as a multiplayer game mode called Raid Mode, which had also existed in the first Revelations. Revelations 2 was released over the course of four episodes and two extra episodes before getting a complete version. Obtainable on Windows, PS3, PS4, PS Vita, Xbox 360, Xbox One, and Switch, so feel free to take the version that’s on your favourite console. I would recommend grabbing one of the complete versions, as those come with extra goodies and should be cheaper than buying each episode individually, but that matters a little bit less here. But seriously, don’t skip this one. After that comes the last major title before the series hit its soft reboot, Resident Evil 6. This one takes place on a monumental, globe-trotting scale, allowing you the option of playing through roughly four distinct campaigns as Leon S. Kennedy, Chris Redfield, Ada Wong, and series newcomer, Jake Muller, with each campaign also allowing for multiplayer with their respective partners. Despite the game’s mixed reception and overall over-the-top nature, RE6 isn’t one to be missed, offering our last glimpses into a variety of fan-favourite characters for now and a couple of bombastic finales. Resident Evil 6 can be found on Windows, PS3, PS4, Xbox 360, Xbox One, and Switch. I would recommend getting a version that comes with all the game’s DLC, whether that be some sort of bundle for the PS3, Xbox 360, or Windows or the base versions on PS4, Xbox One, or Switch. 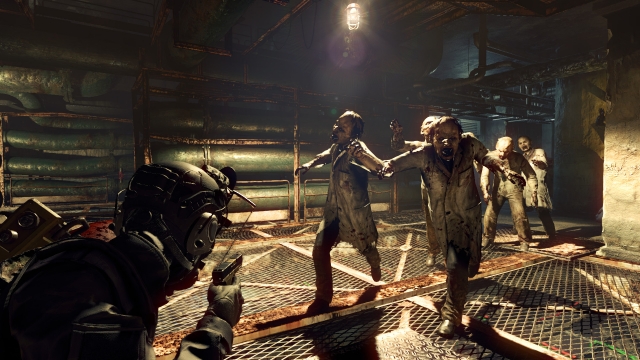 Next is a somewhat contentious choice. Released for Windows and PS4, Umbrella Corps was a poorly received multiplayer shooter in a similar vein to Resident Evil: Operation Raccoon City, but it has the honour of both eschewing the franchise’s title and being technically canon. The story elements that are actually present mostly relate to Resident Evil 6 (a game released four years before it) and don’t yet matter much in the grand scheme of things. Umbrella Corps will give you slightly more insight into some of that game’s villains, but there’s nothing necessary here, nor is the game all that entertaining. If you must play it, do so now, but I would recommend either skipping it or giving the Resident Evil wiki a read instead. Now it’s on to the soft reboot. As Resident Evil 7: Biohazard sort of brings Resident Evil to a new jumping-on point, it can technically be played first and doesn’t terribly rely on established series lore. Still, now that you’ve experienced the prior titles, a few more references and some of the game’s DLC will matter more to you. Featuring new protagonist Ethan Winters as he tries to find his wife at the Baker family home, RE7 switches things up with a first-person playing experience. Released on Windows, PS4, Xbox One, and Switch. The game will be great no matter which console you get it on, though if you are at all interested in experiencing RE7’s visceral first-person horror in VR, you should get it for PS4, as it is fully playable with PSVR. And there, you should be ready for the series’ most recent mainline title, Resident Evil Village, where Ethan must again fight and survive to find and save his family. Only now, it’s his daughter, Rosemary, and instead of a quaint family home, Ethan is running around a village and the Castle Dimitrescu. Village is available on Windows, PS4, PS5, Xbox One, or Xbox X|S. It might scare the pants off of you, but by now, you should be ready for it. As a quick side-note, you are also ready for Resident Evil RE:Verse, when it drops this summer. RE:Verse is another online multiplayer game in the same vein as Resident Evil Resistance, released as a love letter to the series for its 25th anniversary. Though you’ll doubtfully need to experience it for the sake of the plot, it’ll be playable on Windows, PS4, PS5, Xbox One, and Xbox X|S.

And here we are, with every single Resident Evil game released now under your belt. What did you think? Is there something terribly wrong with this order that I’ve overlooked? Which of the side games did you choose to experience? If you’d like, please comment below!

Prev
Where To Start

In Defence of Escort Missions

Read the full “Where To Start” series
First
Prev