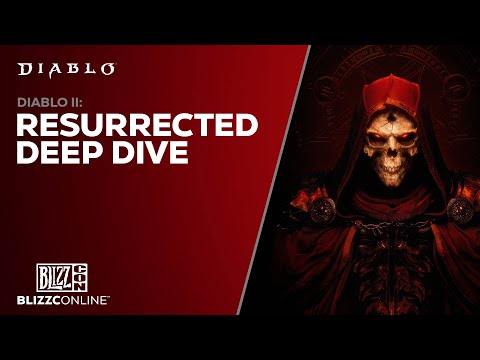 I tell you what you don’t see in enough games: garlic. Games just don’t take our old friend allium sativum seriously enough. That being said, everyone watching the Diablo II Resurrected deep dive knows that Blizzard understands garlic is serious business. That’s why the classic remastering will feature fully visible garlic for the first time.

Garlic aside, there’s not a huge amount changing in this collaboration between Vicarious Visions and Blizzard, and this is very much intentional. In a discussion with streamer MrLlamaSC, the team discussed their vision of keeping the game as authentic as possible, whilst still bringing it to a modern audience.

It’s a fine balance with a game still adored and regularly played like Diablo II, and the creators are all well aware of this. Whilst 4K visuals, controller support and 7.1 sound have been added to the mix, they have been very careful not to mess with what already worked. The cutscenes have been kept as close to the originals as possible for example, but completely re-rendered shot for shot with a higher resolution engine. The game is still on a grid, and casting times are still identical to what they were when the game was running in 25fps, but a silky-smooth 60fps engine displays that combat, as “modern games run on time rather than frames” It’s a fascinating insight into the world of remastering, and shows just how many difficult decisions have to be made in order to get the perfect combination of nostalgia and improvement. For those who loved the original game for what it was, they will be happy to know that the vast majority of improvements beyond the obvious graphical tidying are quality of life improvements. Menus are cleaner and more intuitive, and you can see more stats now, so no need to sit counting things out when deciding what gear to equip.

Other changes include the option for a shared stash now, integration with the modern incarnation of Battle.net, meaning that the game can be global and you can play with your friends around the world easier, and cross progression between PC and console versions.

Accessibility is mentioned a lot as well, with the the designers recognising that the ability to play on a controller for all platforms, PC included, helps allow people who might not have otherwise been able to play the game enjoy it. They do recognise that it means the perspective of being an “eye in the sky” for your character shifts to you actually being the character by doing this, but it’s optional of course, so if you want that classic feel, you can still keep it. 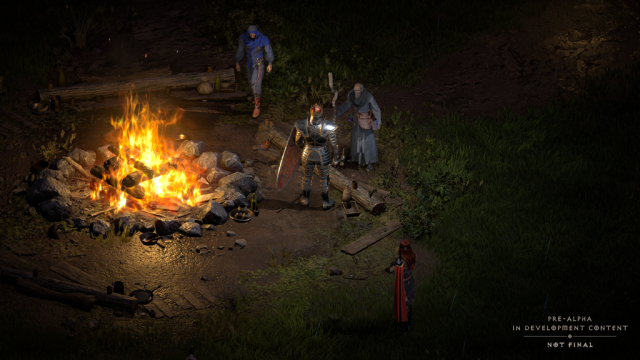 Diablo II: Resurrected is due out for PC and all consoles later this year, but there’s also a closed Alpha test on Blizzard’s website that we can sign up for as well to see that dynamic lighting, improved frame rate and recreated cutscenes before everyone else. Check out the full video above to see just how much love and care went into the restoration of this piece of gaming history