Is Gibbous - A Cthulhu Adventure Any Good?

Every now and then you’ll look at a game store page and see that it’s got pretty good reviews, and wonder if it’s actually any good. Well, I decided to play Gibbous - A Cthulhu Adventure and see if it lived up to the Very Positive user reviews on Steam.

What is Gibbous - A Cthulhu Adventure? 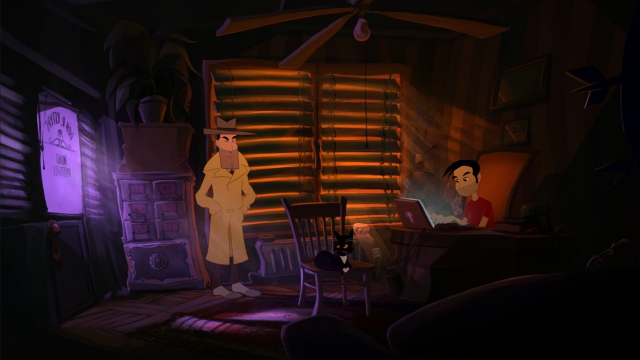 Gibbous is a point-and-click adventure game from Romanian indie developers Stuck In Attic in their first outing. Funded well over its goal of 39,270 Swiss Francs through Kickstarter, the title is described as a “lighthearted spoof of the Cthulhu mythos,” with inspirations ranging from H.P. Lovecraft to LucasArts’ gameplay and Disney’s art style. The game centres around a detective, a librarian, and the librarian’s cat investigating cults and uncovering the truth of the Necronomicon, which has granted the cat the ability to speak, much to her distaste. Overall, Gibbous - A Cthulhu Adventure promises to be a comedic cosmic horror with a lot of love behind it.

Overall, what I’ve heard is that Gibbous is a fairly easy experience, as point-and-clicks go, and that it is absolutely beautiful to look at, with breathtaking scenery and attention to detail. There’s some disagreement as to the quality of the writing and the voicework, with some claiming that Gibbous is a hilarious romp with well-acted characters and others professing lackluster, boring performances accompanying a meandering plot and repetitive, unfunny jokes. What’s more (or less, if you feel that phrasing would be more appropriate) is that even some of the people who found the writing incredible admit that Gibbous - A Cthulhu Adventure has a slow, uninteresting start to it. But at the very least, everyone seems to agree that the title is a labour of love from Stuck in Attic, even noting that it was rather nice to see the Romanian developers taking such pride in making elements of their home important to the game. 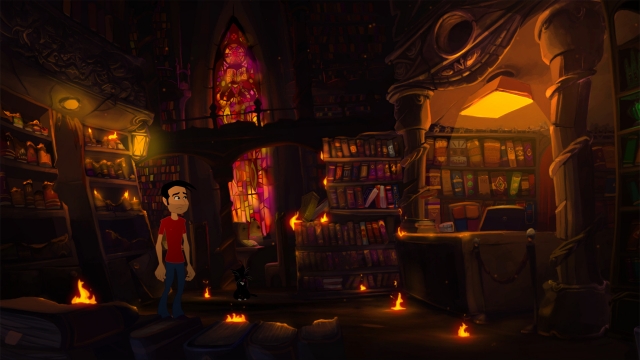 Honestly, it’s not bad. On the humour side of things, Gibbous throws a lot at the wall to see if it sticks, with puns and sarcasm galore. Most of the time, if a joke isn’t funny, that’s alright, because it probably won’t show up again (unless you aren’t a fan of snark or fourth-wall breaks in general. In that case, this ain’t the game for you). But when the jokes actually land, they can be pretty darn funny. On the gameplay side of things, I can certainly see why people found it easy. Most of the puzzles and other general steps I had to take were fairly easy and simple to deduce. Sure, I still tried using everything on everything, but that’s just because I wanted to hear all of the dialogue that comes from the protagonist telling me that he doesn’t want to use the Necronomicon on a fish with some sort of pun or other one-liner. And even though the game is easy, there’s still a lot of depth to it in the script and vocal work, though I can certainly understand why some would consider the voice delivery to be subpar. Personally, I can be particularly forgiving on that side of the equation and even without that, Gibbous’ voice acting isn’t terrible by any means.

Gibbous - A Cthulhu Adventure isn’t the best point-and-click adventure game out there, but it’s got a classic feel to it and smooth animation for days. I can see why people like it and I know that I definitely want to continue with what I’ve played thus far.

Heed to the Call of Cthulu in Gibbous