Every now and then you’ll look at a game store page and see that it’s got pretty good reviews, and wonder if it’s actually any good. Well, I decided to play Owlboy and see if it lived up to the Very Positive user reviews on Steam. 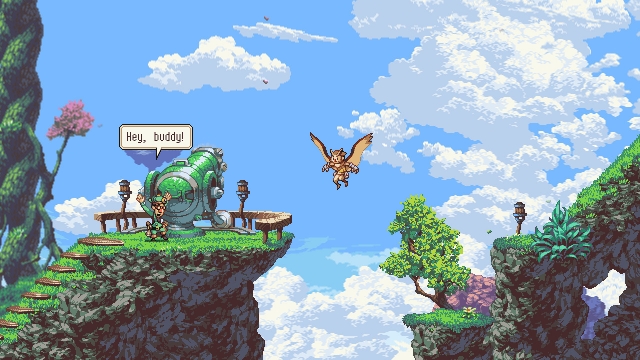 Owlboy is a pixel graphics Metroidvania, where you play as a mute owl named Otus who works as a guard in a small town named Vellie. You fly through the air fighting enemies in a twin-stick shooter style.

The reviews for Owlboy range wildly from absolutely loving the game, to barely doing so.

The reviews nearly unanimously praise the graphic style, and although some of the reviews offer helpful overviews of what the game is, mentioning the length of the game as a negative, and the gameplay overall, some of the other reviews are making memes about the owl aspect of the game; some reviews saying simply "hoot hoot" or "I like owls :)", which offers little constructive criticism nor an idea of how the game feels to play. 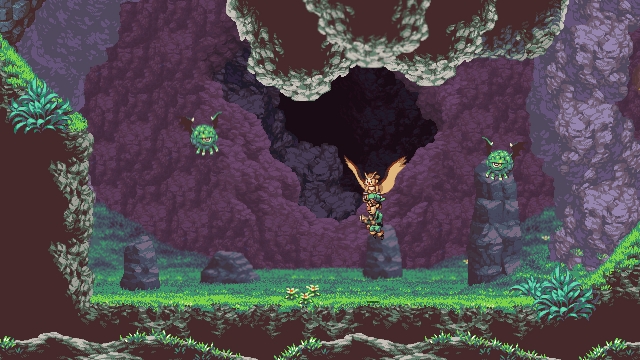 I can agree with some of the constructive reviews.

Owlboy is a gorgeous title, with pixelated graphics that make my eyes go "yes." However, apart from the beautiful visuals, the game feels rather lacklustre.

The gameplay and twin-stick shooting aspect of it can be very fun to play with when the level and enemy design are done properly. The first boss in particular felt like an absolute joy to battle. It forced me to work around some mechanics in the game that made it genuinely fun, but a lot of the aspects fall short henceforth.

The storytelling is underwhelming, with very few lovable characters; the gameplay feels very linear, with puzzles that felt like no-brainers; and the music isn't quite up to the standard to the graphics, with boring and plain soundtracks.

I feel the reviews were kind to the game in a lot of its aspects. Owlboy has beautiful graphics and a lot of potential, but it fell short in every other area. I believe the "Very Positive" reviews are a bit generous, and I'd lean more to "Mostly Positive."