A common comfort for many – whether on a date, with friends, or flying solo – the movie-going experience is one many of us took for granted...until 2020, that is. With the widespread closures of public areas, most movie theatres have been abandoned over the last year. Instead, direct-to-streaming dominated the field for new releases.

As theatres begin to open and films return to the big screen, many of you may be wondering what you have to look forward to this month. Look no further. Whether you want to go out to the theatre or be entertained from the comfort of your home, Movie Time Team: Erin, Danielle, and Kassie have compiled the most anticipated movies of June right here! 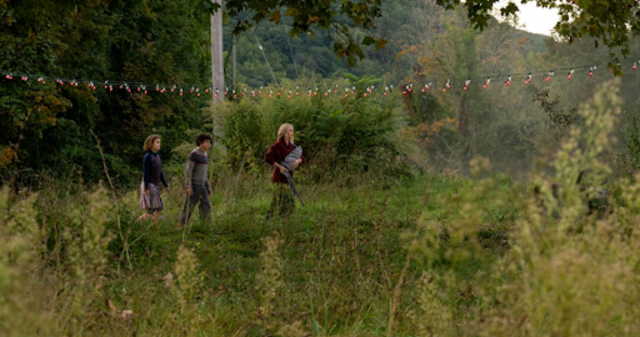 There are people out there. People worth saving.

After John Krasinski’s uniquely horrifying A Quiet Place left filmgoers speechless, A Quiet Place Part II sees the director coming back for a continuation. Part II explores the return of the Abbott family’s efforts to survive in a world ravaged by noise-seeking monsters and just maybe change that world for the better. Featuring the returns of Emily Blunt as Evelyn Abbott, Millicent Simmonds as Regan Abbott, and Noah Jupe as Marcus Abbott, Part II focuses on the family’s struggle to survive and how they handle strangers that might not be entirely friendly. These new faces include Emmett, played by Cillian Murphy, and Djimon Hounsou in the role of “Man on Island”.

While critics believe that the film doesn’t quite measure up to its predecessor, A Quiet Place Part II is still sure to please fans of the original or anyone else who wants to put themselves through a night of horror and action.

A Quiet Place Part II clamoured into theatres on the 2nd of June, so if you’re in for a thrill, go see it before it leaves! - Erin 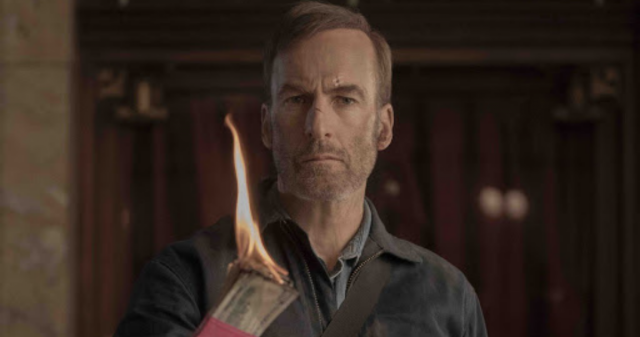 Never underestimate a nobody.

There doesn’t seem to be any shortages on “gruff action middle-aged man vehicle” flicks as of late - with contemporary examples like Liam Neeson’s Taken trilogy and the ongoing Keanu Reeves John Wick saga, Bob Odenkirk transitions from comedy in all shades into full-blown action star.

Nobody follows Hutch Mansell (Odenkirk), a passive patriarchal figure who bears the brunt of life - even when intruders break into his house, his empathetic nature still takes over. After carrying the weight of being judged for his unassertiveness to protect his family and friends, he makes the decision to be a bystander no more on a road to redemption by way of a rampage of revenge.

Unsurprisingly, this family man’s Home Alone comes from one of the producers behind John Wick and is helmed by director Ilya Naishuller (Hardcore Henry) with familiar faces featured from Connie Nielsen, Christopher Lloyd, and RZA.

Nobody hit cinemas on the 9th of June in the UK & Ireland. - Danielle 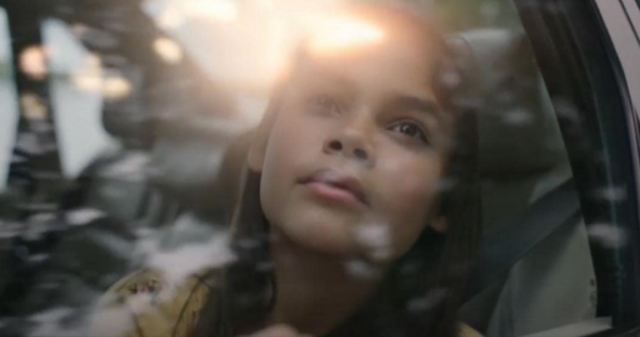 Our survival depends on her.

“What would happen if all electronics were destroyed?” has been a popular hook for many science fiction tales in recent years, but Awake, a new sci-fi action drama, takes that premise one step further by also removing every human’s capacity to sleep. While negative impacts likely include excessive boredom from not having anything to do with the extra eight hours or so that everyone has or important, life-saving technology failing, the main threat of Awake’s global onset of insomnia is the fact that not sleeping tends to be fatal for the human body.

However, Jill Adams, a former soldier played by Gina Rodriguez, may hold the key to survival. Or rather her daughter, Matilda, played by Arianna Greenblatt. As everything is falling apart in the rising chaos, Matilda has a special ability. She can fall asleep.

Awake premieres on the 9th of June, available to watch on Netflix.  - Erin 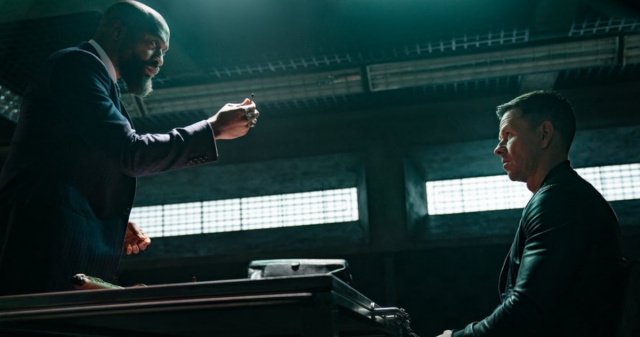 This isn’t your first life, Evan. You are an Infinite.

Paramount’s upcoming action-thriller flick, Infinite, features Mark Wahlburg as Evan Michaels, a self-medicated man on the brink. When Evan discovers that his hallucinations are not a fabrication of his mind, but actually visions of a past life (or many lives), he is thrust into the world of secret societies and reincarnation.

Infinite also features the talents of Chiwetel Ejiofor, Sophie Cookson, Dylan O’Brien, Jason Matzoukas, and Toby Jones. Directed by Antoine Fuqua, Infinite is based on the novel, The Reincarnationist Papers.

Infinite will forgo the theatres for its release and will be available to stream from Paramount+ on the 10th of June. Unfortunately, unless you use a VPN, Paramount+ is not yet available in the UK. - Kassie Lights up on Washington Heights, up at the break of day...

Following the success of the filmed production of Hamilton last year, In the Heights will be Lin-Manuel Miranda’s second stage-to-film musical adaptation. Beginning its life off-Broadway in 2007 as Miranda’s debut musical, In the Heights quickly found success. A celebration of Latinx culture in the New York neighborhood of Washington Heights, the film will center on a cast of characters all looking to make a better life for themselves.

The role of Usnavi, the film’s lead who owns a bodega and dreams of winning the lottery, will be reprised by Anthony Ramos who has already played the character on stage. Lin-Manuel Miranda himself will play “Piragua Guy”. Other significant roles include Benny, played by Corey Hawkins; Nina, played by Leslie Grace; and Vanessa, played by Melissa Barrera.

In the Heights is set to hit theatres on 18th June (with a US release on 11th June). - Kassie I promised my therapist no bodyguarding!

Sequel to 2017’s Hitman’s Bodyguard, Ryan Reynolds returns as Michael Bryce as… wait for it… a bodyguard for the wife of the aforementioned hitman (can’t wait to see the title of the next one). However, Michael is on a company-mandated sabbatical during the course of this film - meaning he can’t use any guns or lethal weaponry at all!

Reynolds brings his brand of action-comedy blend we’re all ever so familiar with. Expect to see a constellation of stars make an appearance, such as: Antonio Banderas, Morgan Freeman, and Gary Oldman, as well as the returning cast of Salma Hayek, Samuel L. Jackson, and Richard E. Grant reprising their roles.

Hitman’s Wife’s Bodyguard jumps in front of the silver screen on 14th June (UK) and 16th June (US). - Danielle 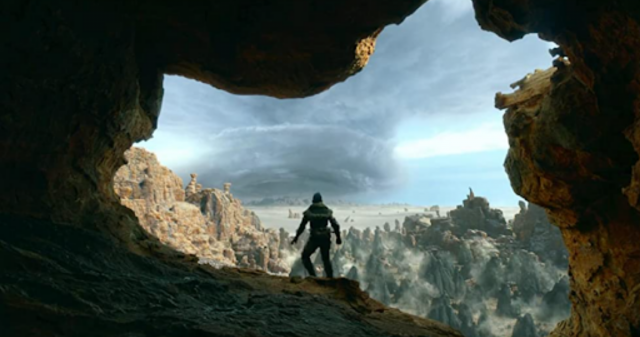 To kill a monster, you need a monster.

Back for another videogame adaptation, director Paul W.S. Anderson brings us Monster Hunter, based on the Capcom series of the same name. In the film, a U.N. security team from our Earth manages to accidentally get transported to the New World, where large monsters from the series roam and Hunters work to kill the beasts. After Army Captain Natalie Artemis and her team try and fail to fight off various monsters with modern weaponry, Artemis, portrayed by Milla Jovovich, learns how to fight Monster Hunter’s beasts from a Hunter played by Tony Jaa. The two then work together in an attempt to close all of the portals between the New World and Artemis’ world.

Also featuring actors T.I., Ron Perlman, Diego Boneta, and Meagan Good, Monster Hunter has been met with mixed reviews, with some claiming the film is covered in dumb fun and exciting action and others bemoaning how Monster Hunter wastes its source material and the skill of its lead actors. Not exactly the newest reception for a videogame flick, but what can you do?

If you’d like to see for yourself the quality of this film or if you’ve just been itching to see a few of the series’ monsters in live action, give Monster Hunter a shot when it roars into theaters on the 18th of June! - Erin 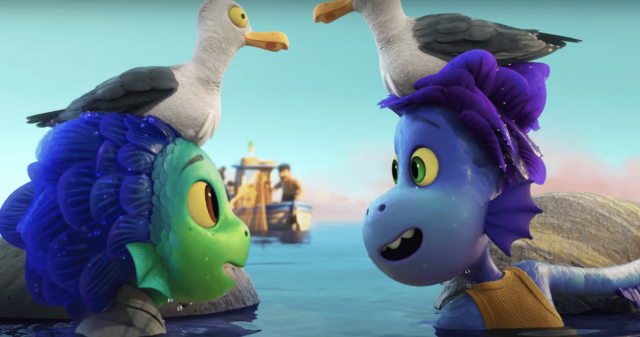 Have you ever gone to the human town?

The newest installation in the Pixar lineup, Luca is a computer-animated film that explores the Italian Riviera with a fantasy twist. The titular character, Luca, is a young sea monster who disguises himself as a human alongside his fellow sea monster friend. Together, they explore a town on the coast where they befriend a human girl. The only problem? Humans and sea monsters fear each other.

Luca features voice talents from Jacob Tremblay, Jack Dylan Grazer, Maya Rudolph, and Jim Gaffigan. The film is partially inspired by Italian director Enrico Casarosa’s childhood. According to Casarosa, “At the heart of the film is a story about everyone who has met life challenges and found the courage to follow their dreams.” Not All Blood Is Family. Justice Is Coming.

We all know that the Fast & Furious crew are all about family; the chosen family made by a bond of driving recklessly and having more luck than sense. But THIS time, it’s about blood relatives! Specifically Dominic “Dom” Toretto (Vin Diesel)’s evil, estranged brother Jakob (John Cena) - and Jakob’s got a family of his own: the naughty people over at Cipher!

The misadventures of the F&F mob takes them across the globe to jolly ol’ Britain again, Thailand for the first time, and potentially... space?!?! If you thought the series had jumped the shark… Mate, keep up! “Live your life a quarter-mile at a time” already!

F9 is absolutely souped up and pimped out with the amount of talent on board - Helen Mirren, Kurt Rusell, Charlize Theron, Cardi B, Gal Gadot, Justin Black (as Sean Boswell from Tokyo Drift), Bow Wow and the usual suspects have been all crammed into this clown car spectacular! 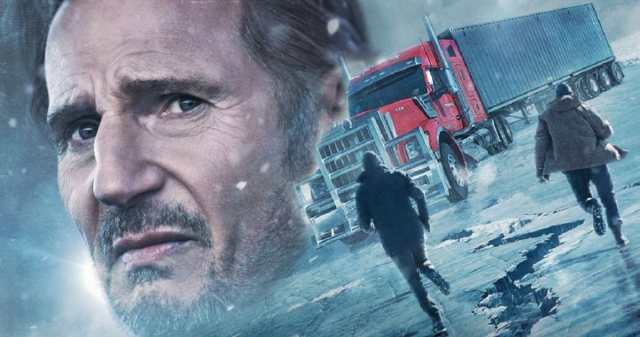 The only way up there is crossing the ice roads...that lake has been thawing for five weeks.

Netflix’s The Ice Road is an upcoming action-adventure movie starring Liam Neeson doing what Liam Neeson does best. After the collapse of a mine in the frozen reaches of northern Canada, an experienced ice road trucker (Neeson) leads a rescue expedition to save the miners. Featuring cracking ice, dangerous explosions, and overturned 18-wheelers, The Ice Road aspires to be a chillingly good action romp.

The film’s star-studded cast also features Laurence Fishburne, Holt McCallany, and Amber Midthunder. Written and directed by Jonathan Hensleigh, the movie was acquired by Netflix in March 2021 for $18 million.

The Ice Road will be available to watch from the comfort of your home over Netflix on the 25th of June. - Kassie

That’s our June wrapup! This month promises lots of action and adventure, with some music and animation thrown into the mix. Whether you're heading back to the big screen (maybe for the first in over a year) or content to microwave your popcorn at home, you’ve got plenty to anticipate.

Let us know in the comments what you’re most looking forward to this month!