An Anime Review: Weathering With You

My anime taste spans from Trigun and Paranoia Agent to Shin-Chan and Sgt. Frog and pretty much anything in between. I like dark, light, serious, dramatic, comedic, insane, and the anime world offers up all of these things. So when Weathering With You appeared on my list of 'to do' items, I was instantly interested. I went into the film with no expectations. I didn't read up on the story, I didn't even watch the trailer, flying in blind. And now that I'm out on the other side... well I can't wait to sing its praises. Some spoilers are ahead, but I will do my best to keep them very minimal. If you wish to skip past the story synopsis, go ahead one paragraph starting now. Hodaka is a boy looking for a new life. 16 years old, he feels suffocated on his home island and decides to explore what life has to offer in Tokyo. After being saved from a freak storm while aboard the ferry, he finds himself adrift in Tokyo with no home and no job. Thanks to a business card given to him by his rescuer, he finds himself working for the man who saved his life, Keisuke Suga (otherwise known as Kei). The man runs a strange publication where just about anything can be written about. From human trafficking to urban legands, this magazine has it all. The current focus is on Sunshine Girls who are rumoured to have the ability to control the weather. It turns out, one of the first people Hodaka met after arriving in Tokyo was one such girl. Hina is an amazing person, and she does have the ability to stop the constant rain that has been plaguing the Kanto region for a year now. Through requests that are sent to their website, Hodaka and Hino turn being a Sunshine Girl into a lucrative job, earning a paycheck for stopping the rain in certain areas. For a flea market, a celebration, whatever their clients request, they'll do it. Using her powers comes at a price, though, and the only way to make the rain stop is for Hina to sacrifice herself. 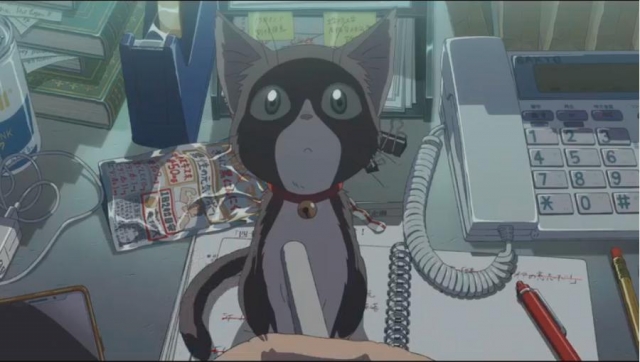 Weathering With You is a bit of a slice of life with magical elements mixed in. There isn't a single character I didn't find myself enamoured with in some way or another. Hodaka, is a boy who is just looking for what we all are in life, a place to be free and belong. Hina is so bright and full of life, despite what life has handed her, and she never lets it get her down. Her little brother is one of the best characters too, earning the term Senpai from Hodaka even though he's in grade school. The kid certainly has a lot of life figured out. The relationship between the characters really draws you in, and it's easily possible that the cutest kitten in anime can be found here.

The music, both the score as well as the songs, fits so well. The songs are wonderful and really add to the story. The art is amazing, especially the water effects. They give the world a magical feel without pulling it into full fantasy; an added layer to make the world more beautiful. From the first frame, the art pulled me in, and the voice acting served to pull me in further. 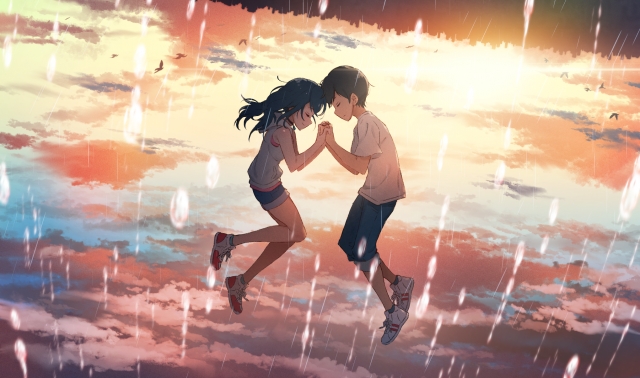 The voice actors in this anime gave wonderful performances, putting their hearts into their work. This especially goes for Hodaka's voice actor, Kotaro Diago, and Hina's, Nana Mori. I barely speak any Japanese, but I could feel the emotion in their words. Through their voices combined with the art, I found myself really caring for the two main characters and the rest of the cast as well.

Weathering With You comes from the writer of Your Name, and The Place Promised in Our Early Days: Makoto Shinkai. He also directed the feature, and it's clear that he had a vision for the film from start to finish and executed it wonderfully. If you don't like anime, but do find you like stories of magical realism where a normal world has some air of magic around it, I would suggest giving this one a try. It shows what anime can be, and is a beautiful story. It really pulls you in and is definitely worth the time. This anime can currently be found on Screen Anime.