In our current climate, the thought of the world falling into a blackout takes on a new meaning. Seeing as we are all living in different levels of lockdowns and perhaps feeling a bit isolated, losing contact with the world as a whole is a very scary thought. In a world like that, what would happen? Where would we get answers? Would we survive? This is the world of The Blackout: Invasion Earth. 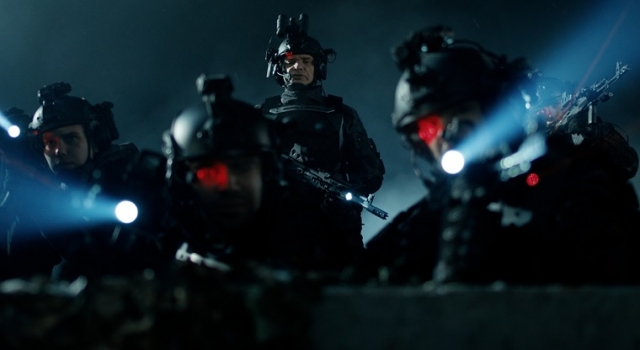 The following paragraph may contain minor spoilers, FYI. The film opens with the world already cast into darkness and Russia's military forces trying to find answers. We then back up to the events that lead the world here. After a mysterious attack that looked similar to an EMP, the entire world is plunged into a blackout that it can't recover from. Well, almost the entire world. Russia and areas around it somehow survived the attack, but are unable to contact anyone outside of their area. It seems no other countries survived. Russia tries to piece together what happened, if the world is at war, and if they should prepare for attacks. What has happened to the planet, and will everyone who is left survive, and what of those in the blacked out area?

Coming into this film, I wasn't quite sure what to expect. The way the movie opened, I wondered how things had reached this point. At first, it seemed strange to start a month after the attack before jumping backwards, but when the movie reached where it had started again, it was actually very interesting. Possibly the most interesting aspect of everything was the fact that no one seemed to know what caused the attack and who was behind it. Even a month after, there were no answers, and no one knew what life was like in the areas that had been blacked out. Normally, I expect there to be some answers or at least logical theories within the first forty-five minutes of a movie. Finding that the characters were as in the dark as the watcher of the film encouraged a bond between myself and the characters, as if we were in this situation together. 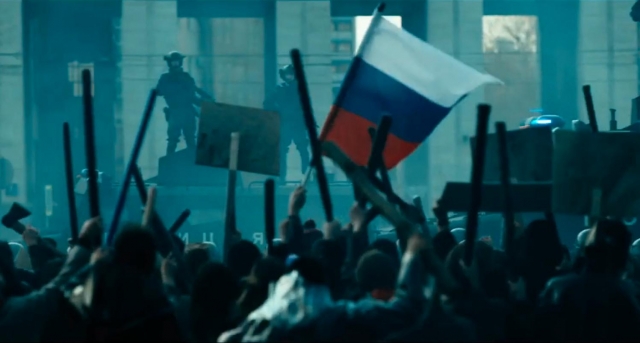 While most likely unintended, there are some scenes of police or military going up against frustrated and angry civilians. Living in the world we all currently are, we have all seen plenty of protests, some of which have ended in clashes. On top of that, the topic of this film felt very interesting and yet odd due to what we are all experiencing right now. While the parallel I saw was unintentional, it felt like a bit of a metaphor for current times. An unknown problem where no one has any real answers, those living within the zone that was unaffected in the film must feel a bit like we have in the past several months. Unsure as to what the world will look like on the other side of the blackout, worried about the future, struggling to be hopeful. Considering these things made watching the film kind of eerie, though also a little cathartic at the same time.

While this film does focus on the military fighting to find a solution to what has happened, to figure out how to act and move forward, this is not a war film. On The Blackout: Invasion Earth's IMDb page under the trivia tab, it states that this is more of an anti-war film. The movie is very entertaining and is also very dark. It's clear that the message it is trying to send is that people have a bad habit of turning on one another. It forces its characters to deal with some very serious issues and make very difficult choices. Choices I would never want to make. When I reached the end of the film, I found myself thinking it over, considering what I had watched. It's been a long time since an action-based sci-fi film made me think, and it was nice to be pushed into that thanks to this movie. 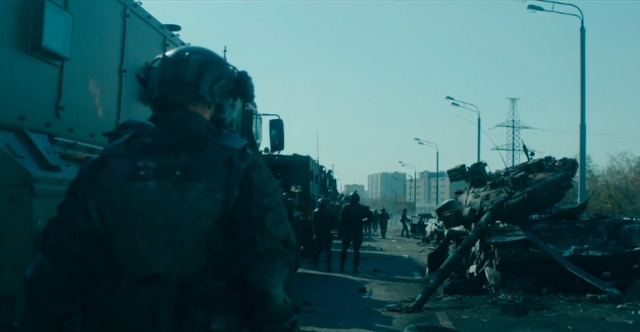 If you are a fan of sci-fi and especially of films that make you consider some things, I would recommend The Blackout: Invasion Earth. I will say it gets a little heavy-handed with its message at times, though still makes a valid point. It's definitely worth a look. If you do decide to look this film up, come back here and let us know what you thought. It is currently available to rent on Prime video as well as on YouTube.