Welcome back to Movie Time! This month, Kassie and Erin have scoured the web to bring you the seven biggest feature films of August 2021. Whether you’re still staying at home or heading out to theatres, we’ve got an array of frightening and exciting flicks for you to enjoy.

So grab your favourite movie snack and read on. With action, comedy, drama, and horror, Movie Time has something for everybody! 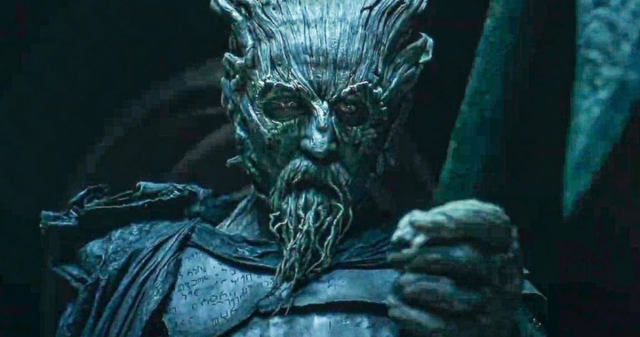 Honor. That is why a knight does what he does.

The classic Arthurian legend of the Green Knight is finally making its way to the big screen! Based on the 14th-century poem Sir Gawain and the Green Knight, this medieval fantasy is directed by David Lowery and stars Dev Patel as Sir Gawain.

The Green Knight will tell the story of Sir Gawain, King Arthur’s nephew and knight of the round table, as he adventures to face the eponymous Green Knight. Along the way, he will confront other fantastical and supernatural beings in a journey to prove his worth.

The Green Knight was originally set to premiere at the South by Southwest Film Festival in 2020, but the event was canceled due to the pandemic. The film just released in the US on 30th July. Unfortunately for those in the UK, the film’s 6th August release date has been once again postponed due to rising COVID-19 cases. It is unclear if and when The Green Knight will be seen in UK theatres. - Kassie 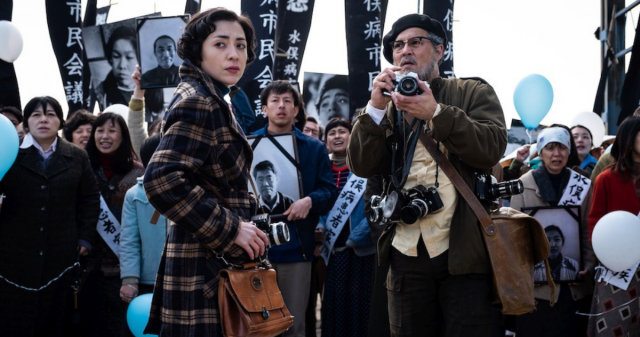 Johnny Depp returns to the big screen in this biopic film by director Andrew Levitas. Minamata tells the story of famed World War II photographer, Eugene Smith. After receiving a secretive commission from Life magazine, the reclusive Eugene finds himself in Japan, in a coastal city devastated by industrial pollution and mercury poisoning.

Minamata debuted in Germany on 21st February, 2020, but faced delays elsewhere. It was released in the US on 5th February, 2021, and is finally slated for UK release on 6th August. - Kassie 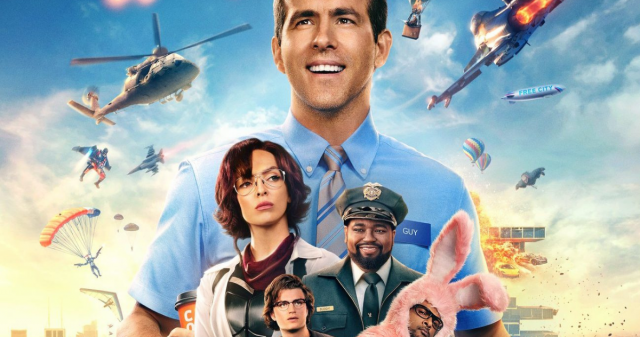 My name is Guy. And I live in paradise.

Here comes the movie many gamers have been eagerly anticipating! This action-adventure romp starring Ryan Reynolds released a trailer back in December 2019. Unfortunately, like many films on this list, Free Guy faced significant release delays last year. But the time has finally come.

What happens when an NPC realizes that they’re inside a videogame? That’s the premise of Free Guy. Guy is your average bank teller. Or so he thinks. When Guy learns that he is just an NPC in a hyper-violent, open-world videogame called Free City, he becomes determined to take control of his own life and become the hero.

Written by Matt Lieberman and Zak Penn, Free Guy stars Ryan Reynolds, Jodie Comer, Taika Waititi, and Joe Keery. After an original release date of July 2020, Free Guy’s premiere was rescheduled three times. Now, the film is set for a theatrical-exclusive release on 13th August for both the UK and US. - Kassie 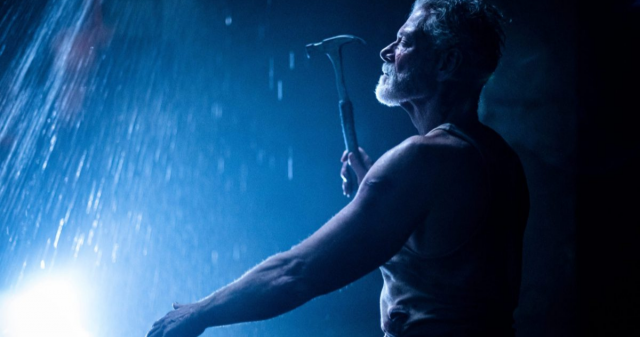 Years after the 2016 horror hit, Don’t Breathe, the enigmatic Blind Man has moved on with his life, taking in a young orphaned girl. Attempting to live a quiet life with his adopted daughter and dog, he is content to leave his dark and violent past behind him. However, when a group of assailants attack the house in an attempt to kidnap the young child, he is forced to return to the relentless and incredibly accurate brutality he is known for. Only now, the horror villain is our horror hero.

Featuring the return of writer duo Fede Alvarez and Rodo Sayagues, Don’t Breathe 2 has swapped directors, with Sayagues taking on the role previously filled by Alvarez in the prior film. As for the cast, Stephen Lang returns as Norman Nordstrom, the Blind Man and Madelyn Grace takes on the role of Phoenix, the young girl he takes in. The film also features Brendon Sexton III, Stephanie Arcila, Bobby Schofield, and Rocci Williams.

Don’t Breathe 2 will enter theaters on the 13th of August. - Erin 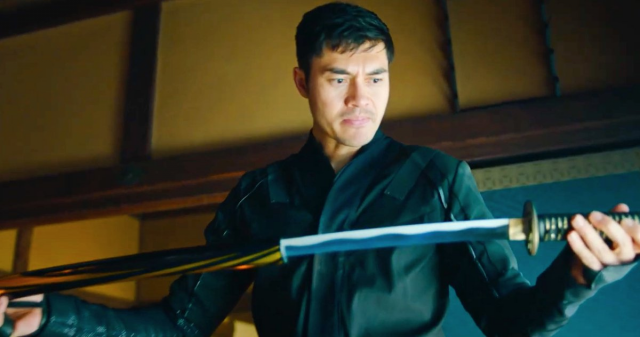 I can’t change the past, but I can offer you something more important. A home.

After eight years, the G.I. Joe Hasbro franchise is getting another feature film, with Snake Eyes exploring the origins of the titular G.I. Joe hero. On a mission to locate his father’s killer and exact vengeance upon him, Snake Eyes discovers what it means to be a hero. And with the new movie comes a new star, with Henry Golding taking on the eponymous role.

Already released in the US as of the 23rd of July, Snake Eyes will, luck willing, come to UK theaters on the 18th of August. - Erin 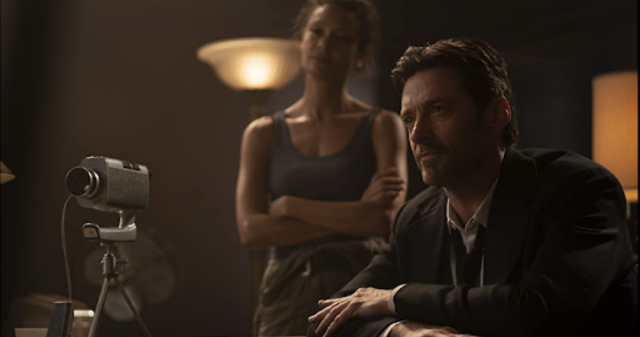 You’re going on a journey. A journey through memory.

In a not-too-distant future, the seas have risen and flooded the streets of Miami, throwing its people into chaos and war. The city’s people, exhausted with the state of their lives, seek to look back on and escape in their pasts by paying one Nicolas Bannister to use an amazing piece of technology to relive any memory they wish. But after Nick finds a new client (and lover) in the mysterious Mae, things take a turn for the worse. Mae disappears and another client’s memories show her committing a terrible crime. Can Nick discover the truth about the woman he has fallen for or will he sink into his memories forever?

Take a trip into the past when Reminiscence comes to theaters and HBO Max on the 18th of August. - Erin 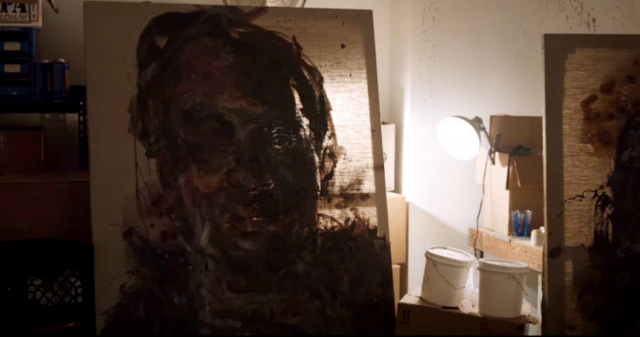 Many years after the events of 1992’s Candyman, Oscar-winning director Jordan Peele presents a new version of Candyman described as a spiritual successor and a direct sequel. Mirroring the almost thirty years difference in the films’ release dates, this version follows visual artist Anthony McCoy, once a scared child kidnapped by the Candyman, moving back into the Cabrini Green Chicago neighborhood with his partner, Brianna Cartwright, an art gallery director. Only now, the housing projects have been gentrified beyond recognition. When a chance encounter reintroduces Anthony to the Candyman, he becomes engrossed with the figure’s legend, hoping to explore it for his paintings. But soon, he finds that the violence inherent in the tale’s past becomes all too real.

Candyman will return to theaters on the 27th of August. - Erin

And there you have it: Seven tantalizingly tasty treats throughout August! Whether you plan on watching them from your couch or a sometimes sticky reclining movie seat, we hope you’ll enjoy them.

Which of these seven films do you plan on seeing? And once you’ve seen them, how were they? Please tell us in the comments!

Minamata looks pretty good! Might have to check that one out!

Reminiscence in particular is what I'm looking forward to!

Additionally, since I'm in the US, I've also recently managed to see The Green Knight! It was a pretty interesting movie and the cinematography was amazing. I highly recommend it whenever it does actually come out in the UK.