Freebie Feelers is a series where we download the free monthly console-specific or newly released free-to-play games to test their worth.This series will contain some useful information as well as plenty of personal opinion. While these articles may not be reviews, we hope that you will be able to use them to help decide whether that free download is worth it. 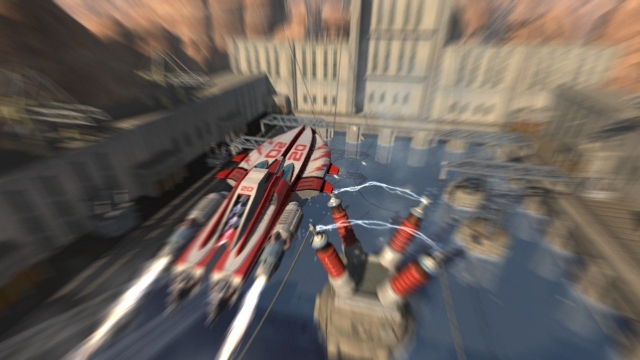 For September, Xbox gamers are being treated with an old-but-gold title. This little gem has been around for seven years now and is still enjoyed by some of my friends to this day. I’m talking about Hydro Thunder Hurricane on the Xbox 360. As one of September’s first Games With Gold, it’s sure to make quite the splash for most racing fans. With high-speed action and competitive AI to compete with, the single-player mode is sure to challenge many players. Speaking of many players… The local multiplayer supports up to four players and online lobbies can see as many as eight players competing for first. What did you think?

I’ve always enjoyed Hydro Thunder Hurricane from afar. I don’t love the game, but I will definitely play it when I’ve got others that want to play. Even if the game doesn’t look amazing, I feel like it holds up for nearly a decade-old game. The controls feel responsive enough and I (usually) blame myself when I crash into a wall. Although, I do have issues with just how good the AI can be. Sometimes I feel like I don’t stand a chance, but I’m sure that’s all on me. Regardless, this title has been the center of several fun nights with a few friends. Is it worth downloading?

The secret beauty of Hydro Thunder Hurricane is that it makes a wonderful stand-in for your typical party games. For instance, a lot of gamers like to cite the ‘old days’ when they’d get with a couple buddies and play games like Mario Kart and GoldenEye 007 on the N64. While this (slightly) more modern boat-racing title doesn’t hold the same nostalgic value or charm, it does have simple and fun gameplay that will make a decent addition to many gamers’ libraries. Make sure to add this game to yours before the 16th if you want to test the waters for yourself.