After surviving the many stops along the way, and making my way through Black station, the ranger Ulman was taking me to my final stop: Polis…

We experienced a very strange anomaly as we went, or rather I did - I don’t know if Ulman did too. A Dark One spoke to me and said it wanted to help us… There had been a couple of anomaly-like flashes in Black station, but nothing as vivid as the grassy park in my first visit to the surface. 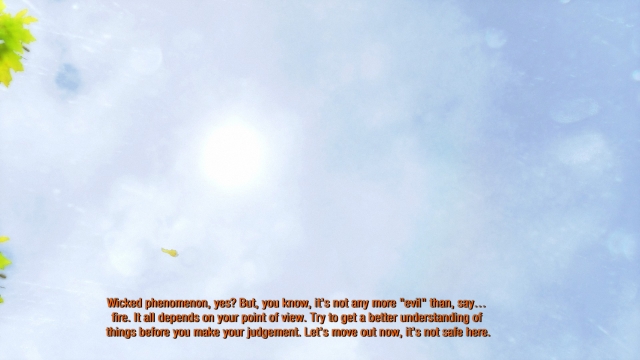 I awoke as we arrived, and were stopped at a checkpoint. Ulman joked that we were Nazis, and I hoped that they knew who he was - which they did. The door opened, and we entered the massive station. It was certainly the biggest I had been to in the metro, and it looked cleaner than even Exhibition.

Ulman went to speak to a man called Miller, and I waited for him. I decided that I could buy more ammo when they were done. Unfortunately, I was rushed into Miller’s office, and from there into the council chamber. Five hours later, I was at a back exit from Polis, and Miller was shooing me out. The council had denied sending aid to Exhibition, but Miller wanted me to get to a missile base called D9, where we could fire missiles to destroy the Dark Ones. 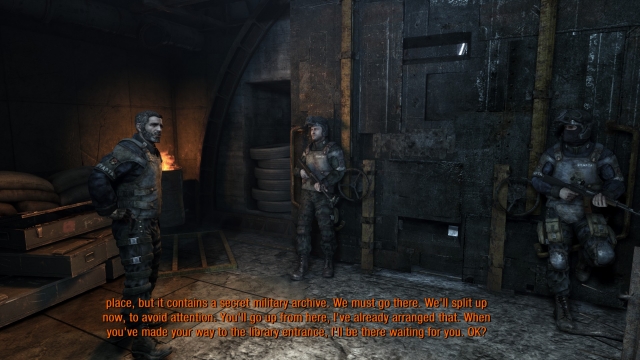 He, in fact, would not be

Up an escalator, I was back on the surface. Some demons swooped around, so I went into a trench and followed it - where a demon decided to land and block me. I shot it, it hit me, and I ran for it. I dropped down a hole and into a pipe, but it wasn’t a very long one before I was out in the open again - and someone was shooting.

Climbing to street level, I could hear watchers howling, but hoped my silenced weapons would help me avoid being swarmed by them. This wasn’t to be, however, as I had to shoot every one of them that came along, until I reached the library. That’s where things went south.

Watchers began swarming me, and even as I took them out more still arrived not allowing me to catch my breath. Thankfully, the gunfire I had heard earlier happened to be Miller and one of his rangers. Together, we took out the watchers before heading into the library. We needed to find where D9 was, which involved going into the military library - beneath the normal library.

A demon came to check out what we were doing, and we all ran inside where Miller and his ranger blocked the door. I was tasked with opening a locked door, and went off to investigate. Hanging from the ceiling were tendrils - which didn’t set me at ease. I found my way into a hole in a wall, having shot at the tendrils to make them not take a swing at me, and shot out a plank of wood blocking the door. The rangers dove inside and re-blocked the door to avoid the demon coming in.

They freed me from the room I was stuck in, and we took a moment to catch our breath. Then a demon tried to break in through a window. I lobbed a molotov at it, and they wasted ammo before it flew off. Miller told me to find a way around the door he couldn’t work out how to open, so I went around the side where I could see a watcher just exiting the room through a hole in the wall. I shot through the door, looted a corpse and followed the watcher - who wasn’t in the large room. 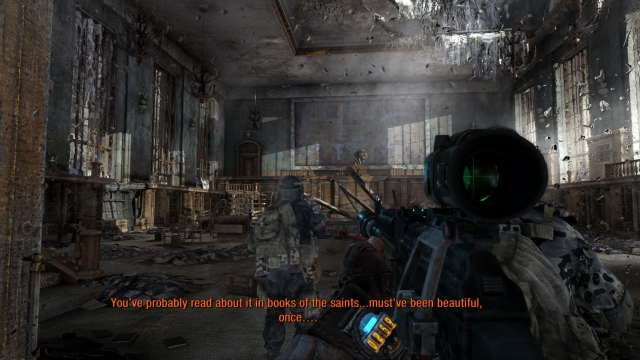 These are some big rooms

After some looking around, I realised the only way to open the door was to break it down. So, I shot a chandelier which swung down and bashed the door open for the rangers. Together, we went up the staircase to the next door, and Miller opened it. The two went in and one of them called a warning about a librarian, which exited through a door before I got a good look at it.

Before I could ask, Miller told me about these mutants - they wouldn’t attack if you didn’t attack first. Unless you turned your back to them. I got the feeling that I would be getting killed by a few of these very soon…

A demon suddenly swooped in and grabbed Miller’s buddy, mauling and dropping him before escaping. Miller said that he had to get him back to Polis, but would be back soon - all I had to do was follow the librarian. Muttering curses under my breath, I went up the stairs and through the door. 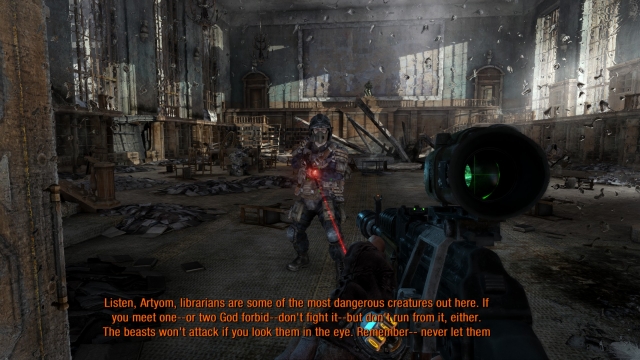 Not all of this was good advice

Following the corridor and going down some stairs, I somehow found myself still on the second or third floor, judging by the demon flying around outside. One of the librarians was standing over a corpse, so I snuck around until it went on its way. It was a lot bigger than the glimpse I’d caught before, kinda like a gorilla. I smashed through a door and carefully made my way through the area.

All of my care was for naught, as despite not alerting a single librarian to my presence, upon looting a corpse one of them reached through a wall and scared the hell out of me as it grabbed me, slamming me against the wall before giving up and wandering off. I gathered my composure and made my way upstairs as I followed the handsy librarian. 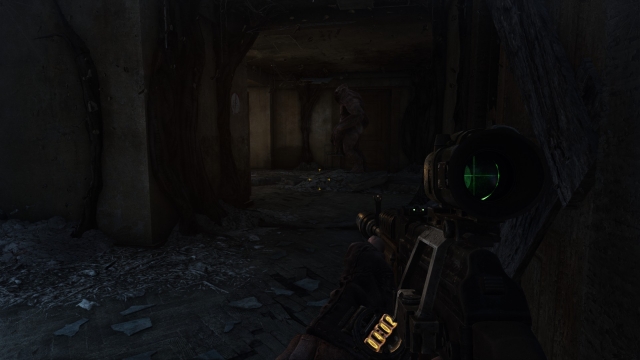 I'm glad that their name suggests they're exclusive to this area

As I explored the upstairs area, I had to avoid several holes in the floor so that I didn’t wind up back downstairs. Going through a hole in a wall, another librarian tried to grab me but burnt itself and gave up. I opened a gate, and it tried to grab me through another hole in another wall without luck. Around the corner, another librarian climbed up from a gap in the floor and stared me down as I, unfortunately, fell down another floor hole.

A librarian burst through a nearby door and swiped at me, but I legged it into the room it had just left, and hid between a couple of bookcases. When I was fairly sure it wasn’t after me, I noticed a ramp up to the next floor, so went up and back through the gate from before. I went around the holes this time, and managed to spot an elevator. There was a surprising lack of librarians as I went towards it, only to be swatted in the back by one, which sent me flying into the elevator.

As the librarian approached me, a demon flew in and scared it off. It didn’t look good for me as the demon came at me, but then the librarian jumped on its back and distracted it! At least long enough for another librarian to leap on top of the elevator car and knock us both to the lowest floor. 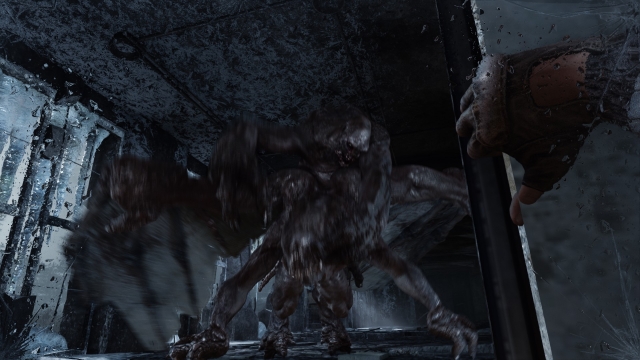 Just glad one of them didn't jump on ME

There was a librarian down there, but I just walked backwards away from it, and it buggered off after a few seconds, leaving me to exit through a nearby door. Hopefully there weren’t too many more librarians between me and that intel…