For such a long-running and popular franchise, it’s surprising that so many Star Trek games are unavailable for purchase. Luckily GOG has manoeuvred its way around the legal barbed wire and for Star Trek Day 2021 have made six games available for the first time digitally. 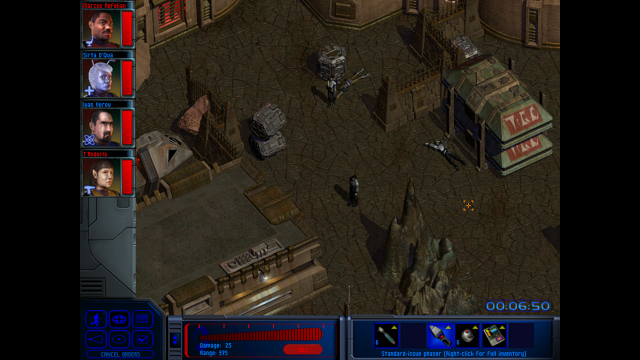 Away Team is a real-time tactical game originally released way back in 2001 and sees you controlling a group of four officers in a variety of stealth focused missions taking you to many familiar locales including Borg cubes. In many ways, it feels inspired by the classic Commandos titles with each member of your team having specialties and requiring micromanagement to make it through.

The version released on GOG works fine and whilst the game won’t win any originality awards, it is a very unique game within the Star Trek gaming lineup and if you are after something strategic that doesn’t involve ship battles, Star Trek: Away Team certainly scratches that itch.

Starfleet Command III is a real-time space combat simulation taking place around the Star Trek: Nemesis period. The game features three campaigns focusing on each faction, The Federation, The Klingon Empire and The Romulan Star Empire chronicling the events surrounding the new Klingon Federation starbase, Unity One. The game, like the prior entries, has lots of combat with a heavy focus on juggling different systems.

It’s an excellent game but unfortunately I had no luck running the GOG release, encountering a couple of different crash bugs relating to my graphics card on startup (For reference I have a Radeon RX 580), however, a colleague had no issues and they have an NVIDIA card so hopefully GOG will fix whatever teething problems are behind this shortly. 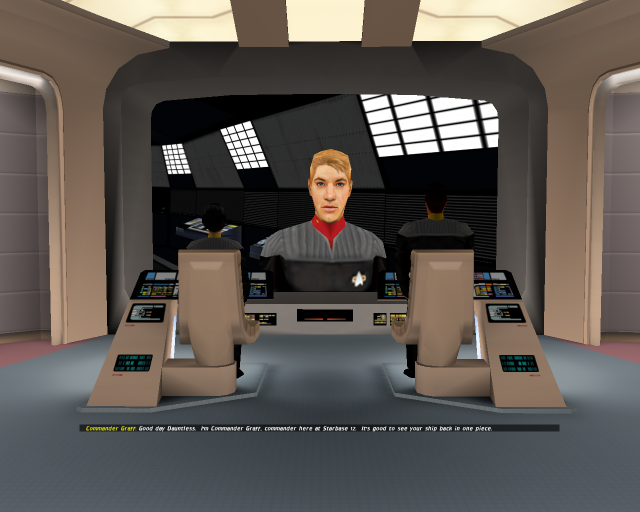 Bridge Commander takes the opposite route to Starfleet Command, being a more deliberate recreation of issuing commands to your crew from the big chair! A lot of the concepts and ideas laid out here would be streamlined and tweaked for Ubisoft’s VR title, Star Trek Bridge Crew, but they worked really well here too.

The more methodical approach of setting headings, issuing warp commands and lots of viewscreen conversations definitely give proceedings the feel of being in the show. It makes a nice change of pace and feels more appropriate to the tone of the show too. Star Trek: Hidden Evil is a more novel approach to the adventure games the franchise has attempted before. This time opting to use the Resident Evil approach of 3D models overlaid on pre-rendered backgrounds. There is no zombie shooting here however as you navigate the environments, solve puzzles and engage alien forces as you try to stop the Romulans.

Hidden Evil is a quirky keyboard-only affair and unfortunately the GOG release does not include the manual (Only Starfleet Command III and Away Team from this batch of six do as of writing sadly) so expect a bit of trial and error with the controls. The game itself is a fairly casual adventure split into small chunks so it’s pretty approachable as long as you save frequently. 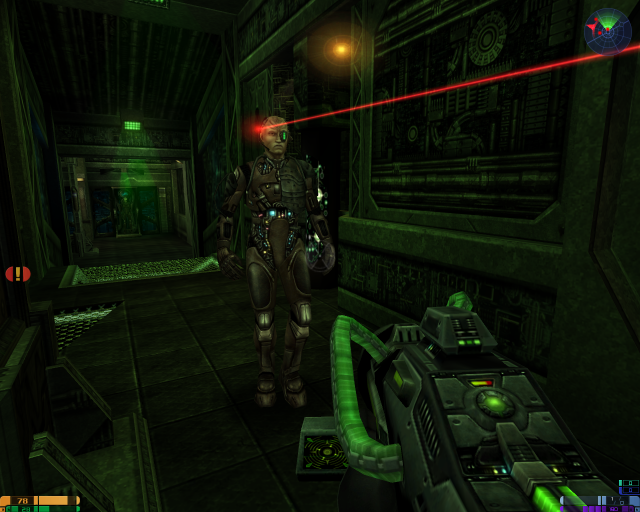 Rounding out this selection of Star Trek releases are the excellent Elite Force titles. Based on the Quake III engine and crafted by Raven Software and Ritual Entertainment respectively, both of these games are a great time.

In the original title, you play as a member of the newly established Hazard Team, where (sometime during Voyager’s sixth season) your adventures take you to the space station known as the Forge. The sequel sees you transferred to the Enterprise-E in events that take place after the end of Star Trek: Nemesis, initially sent to assist a distress call.

Both are fairly straightforward first-person shooters but they are solidly put together, as you’d expect from Raven and Ritual, and they use the Star Trek IP in an interesting way. Combat is satisfying and there is a surprising puzzle emphasis in the sequel especially.

The games run fine out of the box but unfortunately don’t support modern resolutions, luckily as long as you are okay making a small edit to the configuration file it’s a simple fix. It’s a shame GOG couldn’t make these small fixes but even without fiddling they still play fantastically well.

All in all, this is a welcome sight to see, any time unavailable games get added to a store for digital download should be celebrated. Preservation of hard to obtain and run titles should be rewarded. It was a little disappointing to encounter problems with Starfleet Command III but everything else ran without issue.

I can only hope that this is just a further step to adding other Star Trek titles to the library. I’d love to also see Klingon Honor Guard, Deep Space Nine: The Fallen, A Final Unity and others eventually get the GOG treatment too.