Short Thought: Why is Everyone a Bastard in Telltale's BATMAN?

I’ll admit that I'm not a fan of the game itself, by sheer fact of it not being a game. Telltale have moved things toward visual novel territory, and it's just not as fun as a point and click adventure. To make matters worse, they are the ones who are credited as helping the genre make a resurgence! They've been using the same graphics engine for far too long, and have had such framerate issues that they've made the odd choice to just remove all of the detail from everything. 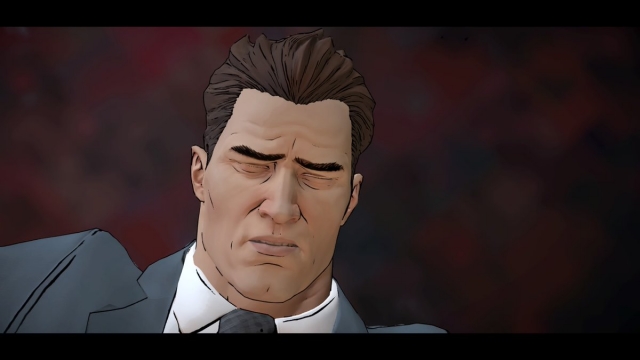 I'll forgive things like the game forgetting that a building Bruce ran into was set on fire just days ago (and now looks immaculate), for the sake of the story, because one thing you can always rely on is Telltale’s ability to write a great story. Whether it's Back to the Future, Monkey Island or Game of Thrones, it will be written well by people familiar with the subject matter, although I was initially wary, taking it back to the first episode.

It's a new take on Bruce Wayne, Batman and Gotham, so things aren't as you're familiar with. It's taken cues from a couple of sources, but made the package it's own -- Harvey Dent is Bruce’s friend, but it turns out that Oswald Cobblepot was his friend as a child. It feels like season two of a show that you missed, with plots already in progress and character relationships established. 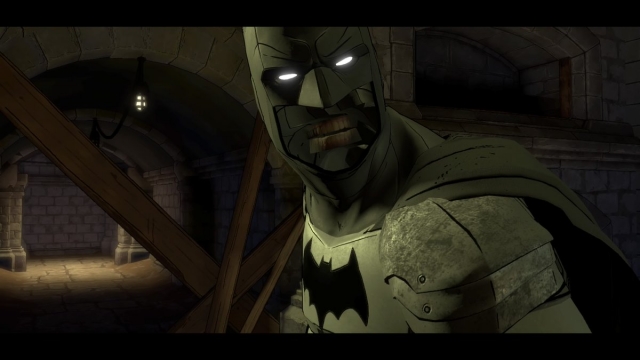 I've got to post this somewhere... BATMAN HAS NO FACE, TELLTALE!

As I’m a Batman fan, I was on board for the story, up to and including Episode 3. But then I realised the pattern, which remains true no matter which episode you play -- one of the pleasant characters is revealed to be a bastard. Every single time, which is just so exhausting -- you can't root for any character as they are definitely going to wind up being a horrible person. Even the horrible people who turn out to be alright, actually get revealed to be complete bastards.

Unfortunately there’s no way to choose ‘commit suicide because I live in SUCH A CRAPSACK WORLD’ during any of the episodes...

Short Thought: Why is Everyone a Bastard in Telltale's BATMAN?