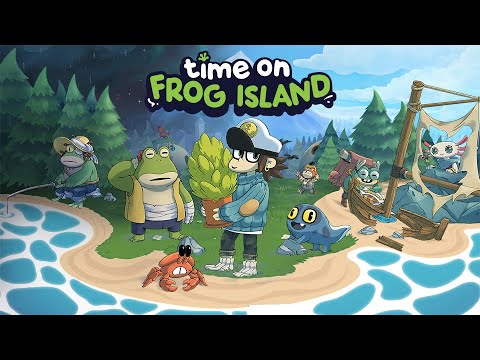 Half Past Yellow and Merge Games announced Trading Time, a new island sandbox game, at the Future Games Show during Gamescom 2021 on 26th August.

Trading Time is a sandbox game with a focus on trade and human-like frog citizens. After the player is shipwrecked during a storm, they awaken on an island full of frogs that are willing to help and trade with you as you gather materials to fix your boat.