Whatever Happened To... Resistance?

Has there ever been a point when you’ve looked through your gaming library and wondered, “Huh, whatever happened to this title?” Well, I’ll be taking a look at videogame stand-alones/franchises and the lead up to their eventual absence. With that being said, today I’ll be asking the question: “Whatever Happened to… Resistance?”

Sony has been at the helm of some truly enjoyable exclusives throughout the years. From the original Metal Gear Solid to Killzone: Shadow Fall, it seems that things aren’t slowing down at the head offices of PlayStation. Now especially with the move to current-gen, where the scene has been absolutely crazy with remakes and exclusives like Shadow of the Colossus and Crash Bandicoot (just to name a couple recent projects). One franchise I was personally excited to see move into current-gen consoles was the Resistance series, developed by Insomniac Games.

Now, full disclosure, Insomniac has made the announcement that they weren’t going to make any more entries into the Resistance franchise. So with that being said this Whatever Happened To…? will be more concerned with the history of the franchise, rather than the chances of it returning. 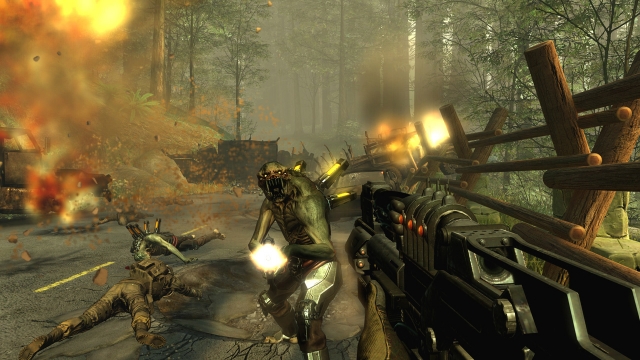 With that out of the way, easily one of the most dynamic shooters out there, the Resistance titles featured a solid narrative, polished mechanics, and a horror aspect that relied more on atmosphere rather than personal interaction, i.e. jumpscares (not that there weren’t any). The series garnered five installments with three finding their way onto the PS3, while the other two were released for the PSP and the PS Vita (remember the PS Vita)? Aging handhelds aside, let’s take a look through the entries for a nostalgic trip down memory lane.

The first title to be released was Resistance: Fall of Man, which came out in 2006. The decade-old shooter was met with excellent reviews and was well-received by gamers, many of whom praised the multiplayer aspect and the increased difficulty that Insomniac had to offer. Unfortunately, the release was also met with an equally negative reaction, specifically from the Church of England. For those who don’t remember, Resistance: Fall of Man featured action scenes inside the Manchester Cathedral, where lead character Nathan Hale would engage in combat with the main antagonist of the game, the Chimera. The Church of England saw this and sued Sony on the grounds of copyright infringement, the lawsuit was found to be without merit, but Sony was quick to apologize for any offence that was given. Ironically, the case itself helped Resistance grow in terms of awareness and sales, especially in the U.K.

Two years later, Resistance 2 would find its way onto shelves. Much like the first, the sequel would find quick success in both sales and reception. There were issues however: the delightful co-op mode for the original’s main campaign would instead be moved to a separate campaign for the second title. It may not sound like a big issue, but for friends that were looking to continue on in the story, it was a bit of a bummer. The gameplay and design more than made up for it though, as there were clear upgrades that made things flow more smoothly than the first. All in all, Resistance 2 continues to stand as, at least review-wise, the best in the series. 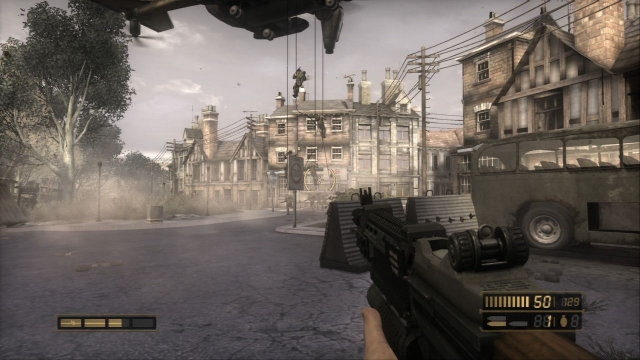 In 2009, the first installment arrived on the PlayStation Portable. Resistance: Retribution was the follow-up to Resistance 2, but story-wise, it bridged the gap between the first and second games. Out of the two titles that Insomniac made for PSP, Retribution was the better-received entry. In fact, it was so well-received that it was awarded the GameTrailers’ Best PSP Game of 2009, which was quite a feat when considering this was during a time when competition like LittleBigPlanet and Grand Theft Auto: Chinatown Wars were running high on the charts.

A few more years after the success of the PSP installment, Resistance 3 would be the next major release for the franchise. Boasting an impressive narrative, the return of co-op in the main campaign, and fun online multiplayer, it was another hit for fans of the series. That being said, reviews weren’t quite as high as they were for the second game, but still fairly high nonetheless. Most issues were centered around the level design, which some thought was too similar overall. Despite this, however, Resistance 3 still put up respectable numbers in sales figures.

The future would be less kind, though, as 2012 would be the last year players saw a Resistance title release. The second of the two PSP games, Resistance: Burning Skies found its home on the PS Vita. By far the lowest ranked game of the franchise, Burning Skies was a mixed bag. Largely considered ‘another Resistance game’, it never found the footing that its predecessors did. It wasn’t all bad, though, as it did bring some much-needed life to the Vita, but not enough to work as a building block for the handheld. 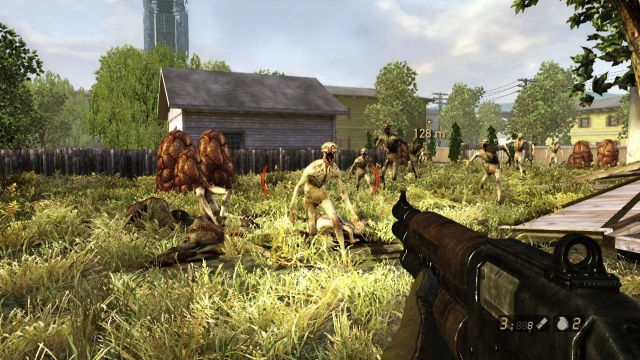 So, despite the rough end, Resistance did find large commercial success for most of its run. Much to the dismay of players, however, the online-based features have been shut down by Sony, which means players will have to stick to the single player and co-op modes from now on. Now, there’s always the potential of an HD remaster possibly making its way to next-gen, but Insomniac made their statement regarding no new future installments around five years ago, so I’m willing to bet their standing by it. Which, as disappointing as it sounds, is probably for the best in regards to franchise fatigue.

So there you go - that’s what happened to Resistance.

I clearly remember first playing Resistance: Fall of Man on my friend's brand new PS3 and that alien skull on the cover. Good memories with this one.

To be honest i feel in love with resistance and the whole game as an aspect. It was a shooter worth player something new and different but something exciting to play along with friends or family. Especially with resistance 2 and the co-op aspect a 6 man team working together to fight of bosses and enemy waves of chimera. And it's sad to see that they won't reboot it or remastered it to be honest i feel in love with resistance more then i did call of duty or any other shooter title to be exact. But it's sad to see they won't even bring it back I've waiting for year's hoping and praying for a reboot. But die hars fan's of the game get nothing at all and i think it's mess up. I can only hope and prat that one day we see it again with the same feel and mechanics just better upgrade graphics.