Hey everyone! Has there ever been a point when you’re looking through your gaming library and wondered, “Huh, whatever happened to this series?” Well, I’ll be taking a look at videogame franchises and the lead up to their eventual absence. With that being said, today I’ll be asking the question: “Whatever Happened to Dead Space?”

The survival horror genre is a staple of gaming history and one that has quite a prestigious history behind it, continuing to grow more and more with each passing year and with each new release. Take Resident Evil 7 for example, a well received return to form for the long running franchise that ties together the aspects of pacing and subtlety quite well, all well not having to sacrifice anything for the sake of the player… I’m looking at you Evil Within. I joke of course, but with that being said, there are games that certainly take the horror side of survival horror rather seriously. Case and point, Dead Space.

Yes, Dead Space is one of those games that focuses more on the jumpscares than say, the subtle spookiness. Titles such as Silent Hill: Downpour would have you walking around aimlessly, slowly building your sense of fear with nothing going on. Dead Space, however, is all about the shock and awe, making you walk along a narrow corridor to the sound of nothingness as you wait for something to pop out. Frankly, I get tense just thinking about it. 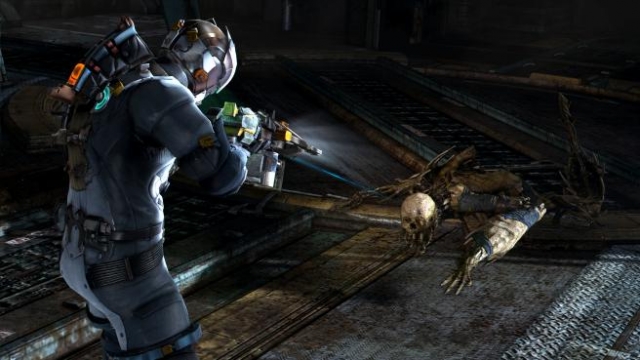 So what about the series as a whole? Well as a seasoned veteran of all the Dead Space games, I can safely say that the first one still holds up pretty well. The story is well structured and flows quite nicely, as well the gameplay is still easy enough to get into without having to be frustrating or difficult. Speaking of story though, as far as the first goes, it takes place aboard an abandoned shuttle called the Event Horizon… Uhhh, whoops, my bad, actually it’s called the USG Ishimura. You, an engineer by the name of Isaac Clarke, are part of a crew that crash lands onto the Ishimura when you’re pulled in by its magnetic field. During your stay on the ship, you realize that not all is meant to be, which becomes extremely evident when eventually you’re swarmed by ghoulish nightmare fueled monstrosities. Thus, the only reasonable course of action after that becomes “get off the ship!”, which you do.

This leads us into Dead Space 2, a nice upgrade from the original in terms of both gameplay and story. Really though, to be completely honest the gameplay is still pretty much the same. You do get some new weapons and a couple of new features to test out, including one where you have to dodge debris during a freefall, but other then that it’s fairly similar. What is different is the story; Dead Space 2 is significantly more plot focused this time around, exploring more on the history of the marker that you located in the first game and diving deeper into Isaac’s psyche as he slowly goes insane. Fun times ahead.

After which, brings us to the final entry in the series, Dead Space 3. I’d mention Dead Space: Extraction, but there isn’t all that much to tell besides the fact that: it’s a rail-shooter, it was Wii exclusive and it’s a prequel to the original game. A fairly decent prequel mind you, the story is incredibly well done, showing the player how the disaster on the Ishimura unfolded as well as setting up the events for the first game. Huh… I suppose there was more to tell then I thought. 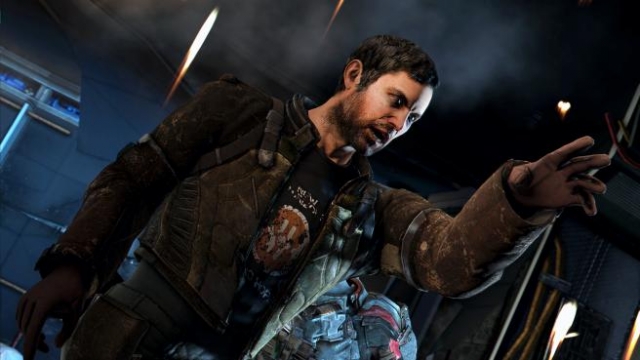 But yes, Dead Space 3, otherwise known was “why put co-op in a horror game?” If you weren’t already familiar with the negative press this game received, allow me to put into five words or less: “This game was not scary.” Taking a more action oriented route than the previous installments, Dead Space 3 alienated fans by being not a terrible entry, but a mediocre one at best. The story focus was alright, wrapping up everything for the most part. That is, until the developers released DLC that let you see the true ending of the game *sigh*. The true ending was even more baffling than the original though, and went on to setup a sequel that we’ll probably never get.

So, whatever happened to Dead Space? Well, all in all, I feel like this one can be chalked up to hype. The amount of pressure that was put on the third game to live up to lofty expectations really left a mark on the series, as well as possibly putting a new game on hold permanently. With four years now having come and gone, I wouldn’t be the least bit shocked if Dead Space 3 is the last we’ll see of this franchise. Until next time.

I Want Isaac Clarke to Die

Dead Space for Free on Origin 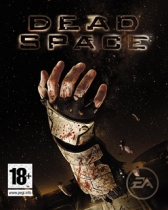