Hey everyone! Has there ever been a point when you’re looking through your gaming library and wondered, “Huh, I wonder whatever happened to this series?” Well, I’ll be taking a look at videogame franchises and the lead up to their eventual absence. With that being said, today I’ll be asking the question: “Whatever Happened to Splatterhouse?”

A series that spans almost 30 years in gaming, Splatterhouse is a beat em’ up slasher that cashed in on the controversy of that late 80’s to early 90’s period of gaming, where anything with even a small amount of violence was considered uphauling. Titles such as Mortal Kombat, Splatterhouse, Wolfenstein and Doom dominated this time frame and allowed gamers to experience a more hectic, fast-paced style that they had never seen before.

So what happened? Mortal Kombat, Wolfenstein and Doom are all flourishing, all with popular recent releases and all with dedicated fanbases. Somewhere, however, Splatterhouse got lost in the mix. Maybe a lack of fanfare, perhaps too little promotion or not enough market value, something has kept Splatterhouse off the minds of Namco Bandai. 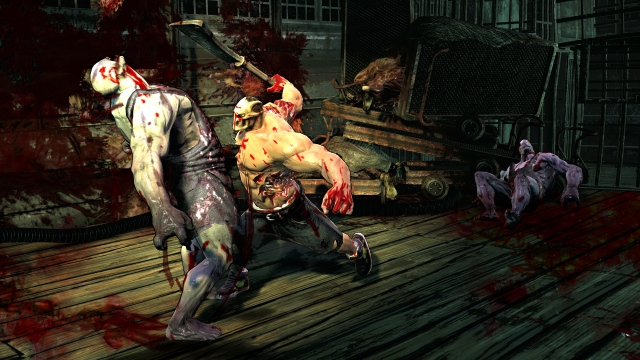 To revisit some history, the first Splatterhouse was released in 1988, much to the disheartenment of parents everywhere. The game, upon release, was already deep in the conversation of having graphic and disturbing content that was unsuitable for children. That said content would largely be the game's saving grace as gameplay wise it was considered disappointing and all-around lacking.

Some time would pass before the eventual release of Splatterhouse 2 in 1992. Unfortunately, Splatterhouse 2 would fare even worse than the original. Praised for it’s gore but, again, was hindered by a lack of technical innovation which would led it to achieving mixed reviews at best.

A year later, fans of the gory, side-scroller would be introduced to Splatterhouse 3. An interesting entry to the franchise, it would feature a multiple ending scenario that resonated fairly well with fans. Also, being more technically sound than its predecessors, it is considered a highlight in the series, having a decent balance between gore and gameplay. 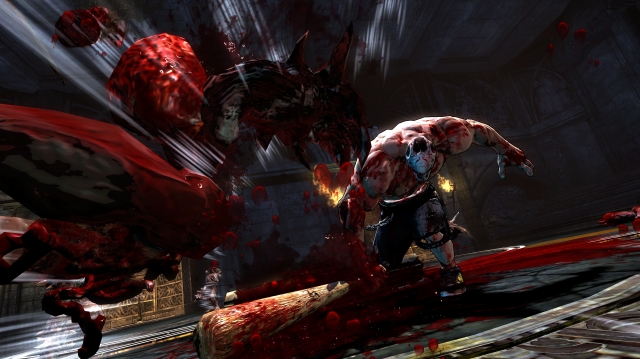 After 1993, 17 years would come and go before the reboot of Splatterhouse would be announced. Splatterhouse (2010) came out to fairly average reviews, making it, quite possibly, the best reviewed title out of them all. The reboot featured a well layered heavy metal soundtrack, overall decent gameplay mechanics and a fun, over-the-top combat system that was easy to get into. Most criticisms were directed to story, length and rushed development cycle.

So, all in all, with no news or rumours of a follow-up six years later, it seems that time is the enemy of Splatterhouse. A game that prides itself on gore, but had no real emergence of technical capability until the third title in the series, it looks as if Splatterhouse is all flash with no substance. Thus, resulting in no sequel.

And that, ladies and gentlemen, is what happened to Splatterhouse.

Got this game about 1 month ago and finished it. I really enjoyed it. - The story was just as interesting to keep me curious what will happen next. (Good) - Gameplay was also very enjoyable, but there were some cheap deaths like bottomless pits which would not be a big problem, but the loading times for a checkpoint was too long. - Overall this game is way too underrated what is a shame, but maybe if it would get a sequel (after the ending it SHOULD get one) it would pull up it's reputation.

The sequel treatment would absolutely do wonders for this franchise as a whole. Glad to hear you enjoyed the story and gameplay!

absolutely ADORE this series. would die for another splatterhouse. the original version of splatterhouse 2010  looked FAR better with seemingly much more going on. i still enjoyed what eventually came out though. for those critics who bash this series ya gotta  understand that NOBODY ever went this far in a game before (this came out before mortal kombat) it had a pretty disturbing atmosphere and excellent music. i was blown away when i first discovered this in my local arcade. when playing for the first time - i instantly thought "this is something really special" (i am a huge horror fan) it honestly still stands up. splatterhouse 2 is just as good but they should have brought back biggy man

The first time I found this title I couldn't believe what I stumbled on haha, the style, the detail, all well done.

Would be awesome to have a sequel OR to be abel to play this game on PC.

Just think about it, the modders could have allready maded new maps/masks/weapons for this game.....That would be sweat!

*sigh* One can only hope. Until then i keep my copy as "my PRECIOUSSSS"

Show him why we call it 'Splatterhouse! -Terror Mask

I have sold around 10 copies of this game on my word alone. It's the ONLY game that I have played at least once a month since I purchased it in February 2011. Other than a few rare camera issues, this game is truly one of the best action games I've ever played. However, after everything that happened with the development of Splatterhouse 2010, the creators said that it would have to sell a certain amount and make a certain amount through DLC for them to create a new one. This is why when I have my review to others, I always tell them to buy it new, as they make no revenue from used copies. Anyway, I actually contacted the lead designer to ask him about a sequel, but it did not end well. I'm truly hoping that they make another one, this game is simply just too good not to.

Bullshit, the second one is the best of the serie, i which it will have a remake like the first one.

Honestly loved this game and will still play it from time to time and it saddens me that a game like this will be swept under the rug while reptetive crap like COD will continuously have a new game every year like clockwork. The story was actually very decent and kept me highly intrigued, the graphics were pretty good for a 2010 game, The combat was satisfying but repetetive after while but the awful load times really hindered it. Oh man the sound track they had for it was amazing! The Terrormask is one of the best highlights of the game by far due to his cutting and sarcastic personality. It reminded me of Brutal legends as far as music and a quirky story goes. I really wish there was a sequel or PC port