5 Nintendo Franchises That Deserve Another Chance

Nintendo has a fair few intellectual properties under its belt, probably enough to warrant an entirely new crossover game series whereby characters partake in a fighting tournament using items and move-sets from in their own franchise... Though, Nintendo isn’t shy to dip into the well of its past (see Kid Icarus, Star Fox, and Metroid). With that in mind, here are five lesser-known franchises that deserve a faithful re-release and another chance to shine.

Nintendo has done this Marie Kondo-bot dirty. Though Chibi-Robo had five games to its name, only three of them implemented the core mechanics that made the series truly special… We don’t talk about Photo Finder, not under my roof. In the original GameCube title Chibi-Robo: Plug Into Adventure, you take control of the titular tiny Chibi-Robo - whose sole life purpose derives from the quantifiable pleasure of serving your human overlords by way of “Happy Points”. Such domestic servitude fueled currency can be obtained by completing chores, doing good deeds, and maintaining order within the household. As if you already had enough on your little chrome-plated robo-plate, you have to juggle a dysfunctional marriage, sentient rebellious childrens toys, and an infestation of evil robotic spiders; not to mention there’s a whole plot about making first contact with aliens, and later on, time travel… Chibi my man, I think it’s time to form a Robo-Union!

Let’s compare the madness of the GameCube title to the series’ latest release, 2015’s Zip-Lash on the 3DS, which takes the action-adventure title and dramatically shifts down a few gears to producing a sterile side-scrolling platformer. Ever since then, Nintendo seemed to have cleaned their hands of the IP - as is evident in the Smash Bros. series by relegating our poor Chibi-Robo to be anything but a playable character (they can add eight Fire Emblem Characters but no love for the little android?!)

The aforementioned Zip-Lash and Photo Finder games were meant to gauge interest in Chibi-Robo! outside of Japan. Surely, a re-release or remaster of the debut game would have sufficed? Perhaps start from there Nintendo!

Combining the mini-game centric wacky world of the WarioWare series with a concentrated focus on timing precision as seen with many rhythm-action titles - Rhythm Heaven was a unique and refreshing take on the genre, which at the time was saturated with dance pads and peripherals to the ears. 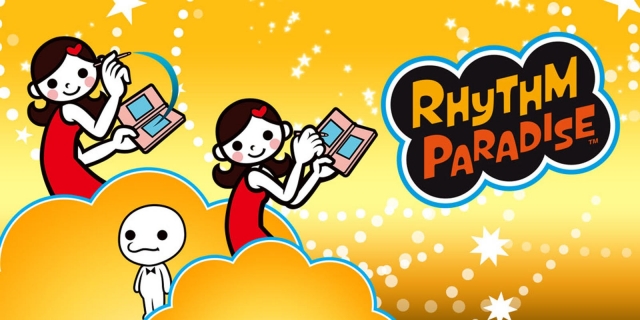 The series has had four entries, spanning the Game Boy Advance, DS, Wii, and 3DS; the last of which 2015’s Rhythm Heaven Megamix was a compilation of stages from the later titles, with a few new ones sprinkled in for good measure. Strictly speaking, we haven’t had a new iteration since 2011’s Rhythm Heaven Fever (or Beat The Beat: Rhythm Paradise over in Europe).

I could see Nintendo trying to merge both the WarioWare franchise with Rhythm Heaven; both are extremely silly and center around the mini-game compilation genre. However, where WarioWare demonstrates a consoles unique features (be it a gyrometer attachment on the GBA, touch-pad of the DS, or motion controls of the Wii), Rhythm Heaven usually has one or two-button prompts, and is more focused on the (surprise, surprise!) rhythm and timing. Personally, I’d like to see four-player options available in future releases, perhaps even experimenting with user-created content akin to Mario Maker!

Coming from out of left field, the Japanese exclusive series CalcioBit arrived upon European shores under the banner of Nintendo Pocket Football Club in 2014 for the 3DS. It’s inherently peculiar that Nintendo had anything to do with a sports management simulator, especially when it’s not tied to another successful franchise to bolster sales (see every Mario Sports game, for instance); it’s just bizarre how banal it is. 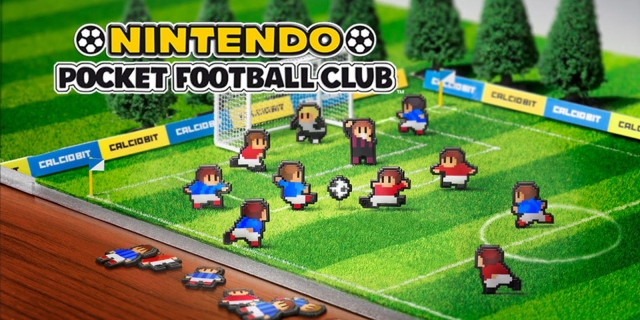 However, I found myself heavily invested, watching adorable 8-bit sprites compete their little hearts out match after match - taking my team from the bottom ranks to the top quickly turned me into the quintessential “Soccer Mom” (sans minivans and capri-suns in a cooler). My experience with NPFC was oddly similar to my ventures in Animal Crossing; growing unhealthy attachments to my villagers, micro-managing my town, feeling like I am everyone’s mum… though that might just say more about me.

Thankfully, NPFC is nowhere near as dense as Sega’s Football Manager series. Nintendo’s take on the genre forgoes real teams and leagues and incorporates RPG elements by way of stat-boosting individual players through football card combinations and having customisable team names, clubs, and kits.

If Nintendo ever gave this title a sequel, I hope they’d go harder with the RPG elements; expanding upon an underdog, rags to riches type of story, complete character customisation, and if they were so inclined to - encroach on EA & Konami’s territory and play the games like a FIFA or Pro Evolution Soccer, leaving the “manager” side of the game as a separate mode.

As the title aptly suggests, the entire franchise is somewhat a complete “mystery” to those outside of Japan. There have been a few references to protagonist Takamaru in the latest Super Smash Bros. series, and an origami shuriken flinging mini-game dedicated to him and Murasame Castle in Nintendo Land. For a game whose first release was a Japanese exclusive, floppy disk add-on to the Nintendo Entertainment System (NES)... its nicheness hadn’t left this relic in the past. 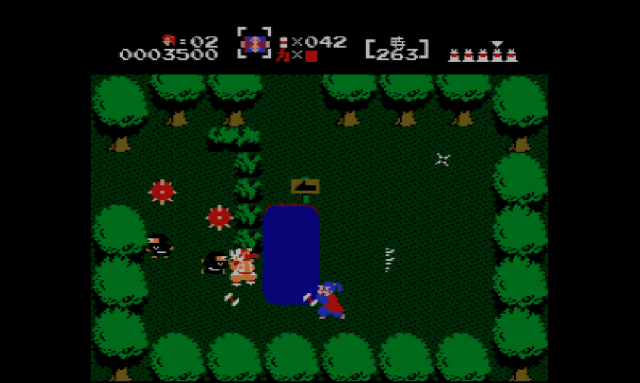 With a plot reminiscent of an Akira Kurosawa samurai epic mixed with a Bruce Lee one-man-army narrative, Murasame Castle sees Takamaru tasked with defeating the aliens who’ve infiltrated the eponymous compound and four surrounding castles, as well as corrupting the ninjas and lords of each domain.

It’s evidently clear from only looking at gameplay footage of Murasame Castle, that the game was built upon the foundations of the first Legend of Zelda title. Other than the traditional Edo-period setting, the biggest difference between the two games is the merciless difficulty level and fast-paced nature inherent (parallels to Dark Souls have been acknowledged, now let us not speak of it again!).

We did eventually get a worldwide release of The Mysterious Murasame Castle in 2014 on the 3DS, but I would be interested to see a remake of the original game being given The Legend of Zelda: Link’s Awakening treatment, and incorporating the origami aesthetics as used in the Nintendo Land stage. Perhaps taking cues from the Metal Gear Solid series by way of stealth, disguise, and infiltration. Action games set in Feudal Japan seem to be selling like hotcakes recently if Ghost of Tsushima, Nioh, and Sekiro: Shadows Die Twice are anything to go by!

There’s a running theme with JRPG’s, especially so in the 1980s. You’d be hard-pressed to find one that wasn’t either High-Fantasy or Sci-Fi-adjacent. Taking those well-established tropes from games like Dragon’s Quest and Final Fantasy, and merging them with the coming-of-age Americana tales popularised in films of the decade; it seems painfully obvious why the two concepts work in tandem so seamlessly, and why the Mother series was such a hit amongst Japanese and Western audiences alike! 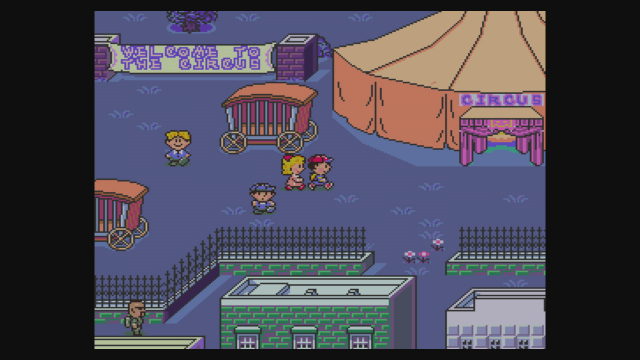 Emulating the humble to grandiose backyard adventures as seen in such movies like “Stand By Me”, “E.T. The Extra-Terrestrial”, and “The Goonies”, EarthBound (as it is known in the West) saw you, a young kid set to solve an alien mystery in his hometown, with the help of friends and those you meet along the way; all the while dealing with possessing telekinetic powers and sentient road signs. Each title has its own premise, but that’s the general gist. Only three games have been released, and of those - only the second game (Mother 2/EarthBound) saw a physical release in America on the Super Nintendo Entertainment System (SNES), and the original Mother locked on the Wii U’s Virtual Console.

The Mother series is quite possibly one of the most sought after revivals that Nintendo fans want. Petitions, documentaries, translation hacks and planned sequels have been made to grab the attention of “The Big N” for decades now, and the cult following behind this game series has only grown bigger over time. Sure, Nintendo has thrown a bone to those rabid fans via Smash Bros. cameos, but little more.

I don’t have to imagine how successful a re-release of one or all three titles in a collection akin to Super Mario All-Stars would be. As for a sequel, Mother creator Shigesato Itoi has stated he does not wish to continue the series further. In the meantime, those who loved EarthBound have found ways to play (be it illegitimately or not), while other games influenced by the series have been produced; most notably, the indie-hit Undertale. And creator Toby Fox isn’t estranged with Nintendo either, having been recruited to compose a track on Pokémon Sword & Shield. “Mother 4” being helmed by Toby Fox would surely be a hit with the fans!

While new consoles come and go, the games tethered to those older platforms will stay dormant unless interest is internally and externally demonstrated; as such, the conversation about the preservation of videogames becomes ever more relevant.

So, it seems counter-intuitive for a company like Nintendo, who’ve mastered the art of selling nostalgia, to not just give the fans their old games on newer consoles if the costs of the production and distribution are marginally less than compared to the profits that would be made. But, they’ve also honed their artistry in the “scarcity of commerce” technique, and somewhere between the two, games like Mother, Chibi-Robo, and the like lay at the wayside.

Which Nintendo property would you like to see return, and in what shape or form?