Call of Duty (CoD) has been going downhill for me for a long time now. I don’t know if it’s me, but I’m just not into all the new features they are trying to incorporate to make it feel ‘fresh’. At the end of the day it will always feel like Call of Duty, but it will never feel like Call of Duty: Modern Warfare 2 (MW2).

MW2 is still the best Call of Duty to date. With excellent maps, weapons, and customisation (for its time), it’s no wonder that I’m not alone in my praise. The CoD community has an undying love for MW2, and as we wait every year for a remaster (of the multiplayer…), I thought it would be fun to take a trip down memory lane and rank my top 10 multiplayer maps! But since I didn’t own the DLC maps, I won’t be including them here. 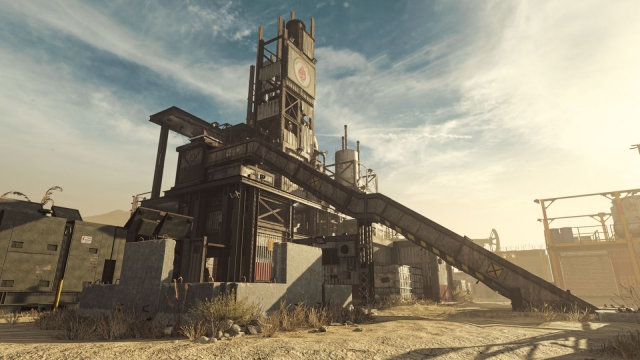 In all honesty, I don’t think Rust is as great as most of the CoD community does, but I’m just not a fan of the tiny maps in general (Nuketown, Shipment, etc.). It was really the MW2 community that made Rust an enjoyable map to play on with the constant trash talk that always led to wildly intense 1v1s. Back in the day, my friends and I would settle countless disputes with a quick 1v1 quick scope battle on Rust, as I’m sure many others did. It was also absolutely chaotic when you would end up with Rust while playing Ground War: it was just constant respawn screens. When it comes to snowy maps, I enjoyed Derail far more than Sub Base simply because of how versatile a map it is. It’s quite a large map which makes sniping a viable option, but because of all the derailed train cargo placed nicely all over the map, it makes for great close-quarters action too. Which made the Intervention sniper and the SPAS-12 shotgun my go-to for this map. I have a love/hate relationship with Estate. I’m the run and gun kind of CoD player and I can get pretty annoyed when people are just camping in one spot the entire game. But Estate is a map built for camping as most games entirely depend on if you and your team can hold that house down, so technically I should hate it, but I don’t. It felt like a tower defence game of some sorts as my team and I made sure each entrance was covered and rotated as people went down until we were overtaken. Holding that house down with a full party of friends is some of the best times I had in MW2. 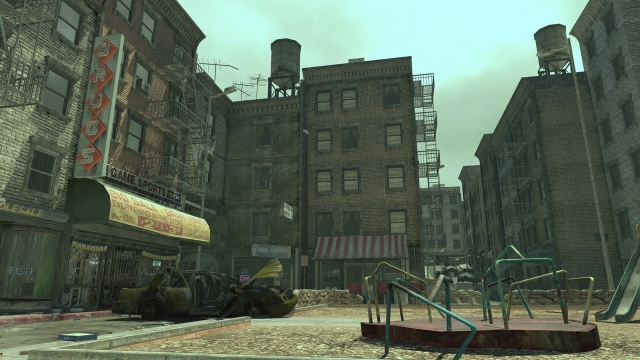 While there are a few places people used to camp in Skidrow, there are also many ways they can be killed in that spot as well. The long hallway in the centre of the map is definitely one of them but the rundown apartment building it resides in has holes far and wide so they won’t be there for very long. I loved how compact Skidrow was: it felt like every corner you turned there was someone on the other side. I can’t remember how many times I’ve carelessly run into that hallway just to get dropped from a sniper on the other end, but once I revived, I exact revenge. 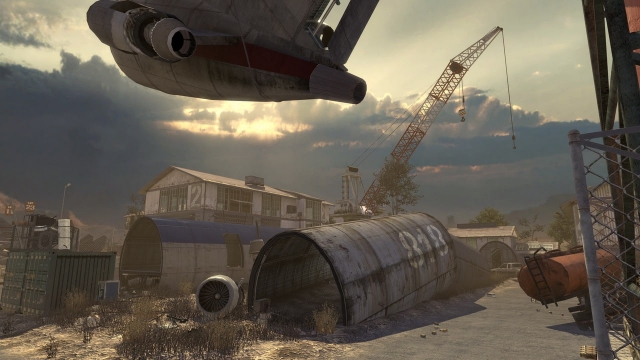 Looking back at Scrapyard today I’m noticing what an incredibly basic map it is. It’s just a small rectangle, but maybe that’s what makes it so good. You’re essentially just running from one side to the other, so you can basically use any weapon on this map and succeed. It’s as traditional of a CoD match you can have. Whether you’re setting up with a sniper in one of the spawn buildings on either end or running it down the crates with an SMG, you can rack up kills quickly. 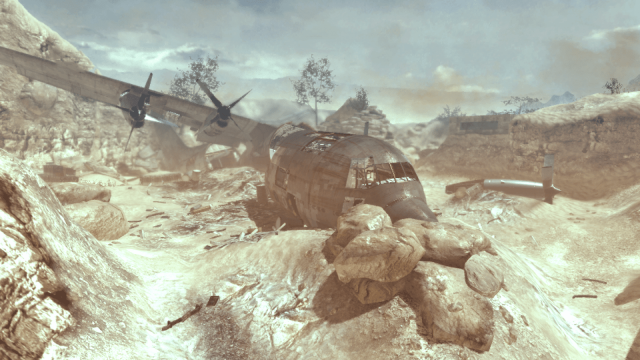 I think Afghan is probably one of the most recognizable CoD maps of all time, along with my number one pick. Similar to Scrapyard, Afghan is a versatile map lending to many playstyles but that’s also true when it comes to game modes. I usually played basic Team Deathmatch but this was one of the better maps to play other game modes like Search and Destroy or Ground War on. It was one the larger maps, but wherever you went there was always action. They just needed to make that cave a little brighter because it was always difficult to see people hiding in there; thankfully we had the noob tube. 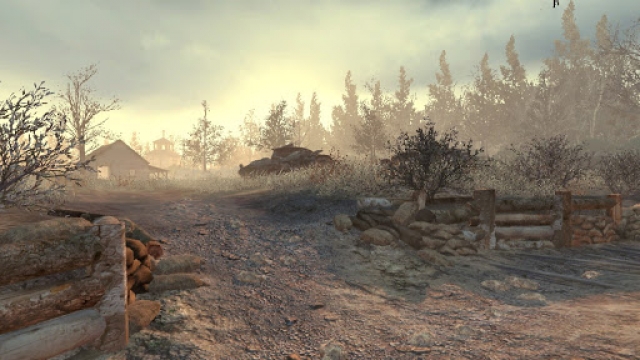 I may be biased towards this map because it’s how I got the majority of my Tactical Nukes, but I stand by where I’m putting Wasteland on this list. Sure, the middle of the map is just a hodge-podge of noob tubes, grenades and flashbangs, but it’s all the action happening around that makes it a great map. It’s a sniper’s paradise with all the open space and grassy plains to hide in, but there isn’t much protection so you’re constantly moving around, which also makes it great for AC-130s and Chopper Gunners (aka how I got my Nukes). Highrise was another map that felt like it was sniper-oriented, but the layout is more of a traditional map. I’ll never forget immediately sprinting towards the window with a sniper at the beginning of every match and trying to ding one person or, if you’re lucky, a quad feed from across the map. If sniping is not your thing, you can always run and gun on the lower levels and have your own skirmishes without the worry of being locked into someone’s crosshairs. Highrise also offered some interesting “hacks” like jumping your way to the top of one of the buildings or setting up camp on one of the cranes off the map. 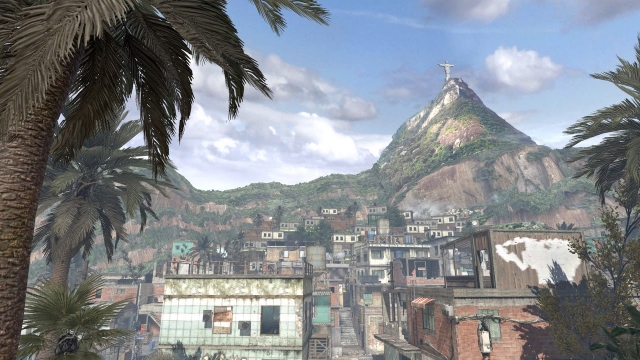 Favela is brighter and more colourful than most of the maps in the game with it being located in a Brazilian shantytown, but it does an impressive job of making it feel like you’re there too. With an assortment of outside noises like exotic birds, vehicles driving/honking, and – strangely enough – kids playing? The map itself has such a well-placed layout and is more vertical than most of the other maps as it has multiple rooftops to jump around on; it feels so unique compared to the majority of CoD maps out there. Unfortunately, it wasn’t a great map for some of the objective game modes, but it gave us ‘dodgeball’ with throwing knives on the soccer field and I’ll always remember it fondly because of that. It’s hard to deny that Terminal is the best MW2 map and quite possibly one of the best CoD maps of all time. Everything about it just feels right regardless of playstyle or game mode. Whether you’re sniping down the hallway/airplane in a game of Search and Destroy or holding it down with a SCAR at the escalators near Burger Town in Domination, Terminal is a map for everyone and is rarely skipped because of it. Just looking at that loading screen artwork is taking me back to a better place and I hope they give MW2 the same remastered treatment they gave Call of Duty 4: Modern Warfare one day. We need that multiplayer back, not the campaign!

I hope you enjoyed this trip down memory lane. Do you agree or disagree? Let’s discuss it in the comments below!

Do you agree with this ranking?