It's been a while since we got a new Saints Row game, with the release of Gat out of Hell, but finally it’s been announced - a new Saints Row game is in development! Volition did release Agents of Mayhem, which is set in an alternate universe to the gang 'em up - but apart from some visual similarities and shared characters, it's a different beast entirely. Super secret agents just aren’t the same as street-hardened gangsters.

So, since we know it’s coming, here’s what I want from Saints Row 5th. Not an official title, each has followed a different naming convention so I expect this one will be a take on “a fifth” being an alcohol term.

First and foremost, Professor Genki’s famous game show just has to return. Seeing contestants murder their way through the shoddily-made sets is always great fun - I mean it’s right there in the title. Saints Row The Third made it seem like Super Ethical Reality Climax was a huge deal, so it would be weird to not include it. Like how odd it was for them to not include the Cluckin’ Bell fast food franchise in Steelport. And honestly, I just want an excuse to shoot mascots. One of my favourite things in Saints Row 2 was where you had to pose as a police officer for a violent version of Cops, cheekily titled Fuzz. The cameraman handing you weapons and telling you to stop crimes with them for bonus points, breaking up fights by chainsawing people, stopping skateboarders with satchel charges… It was crazy, and brilliant. Much more interesting than just having to drive around and bashing into speeding cars as with police cars in other open world games. Speaking of bashing into cars, though, the demolition derby was missing from both the third and fourth games, and as someone who enjoys that sort of thing, that absence was felt. Sure, when I replayed Saints Row 2 fairly recently it was so damned hard, but it reminds me of those old PlayStation games, and doesn’t nostalgia make everything better? 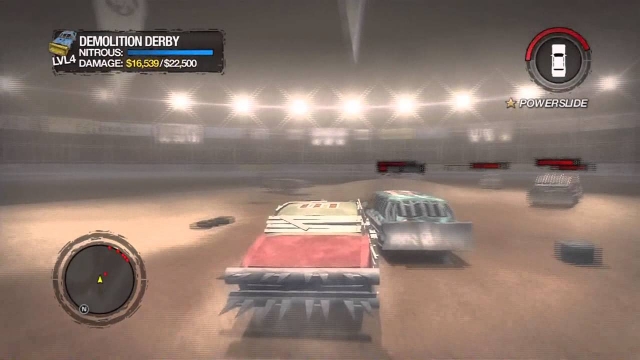 The main thing that I disliked about Saints Row IV was that it took place in Steelport. Saints Row The Third was set there, as the gang had been kidnapped from their hometown of Stilwater. It just felt really lazy of Volition to just reuse the map for the “Simulation” that everyone was trapped in. There’s only a small section set in Stilwater, and that’s someone’s personal simulation. Of course, since you get super powers quite early on, I get Volition’s thinking - why remake or redesign Stilwater when you’re going to be super jumping and gliding everywhere inside a couple of hours? So, Saints Row 5th is a perfect excuse to go back and do it - let the 3rd Street Saints go back to 3rd Street!

Okay, so that could be taken two ways, especially since Gat Out of Hell didn’t have any licensed music. Now, sure I would like the radio stations to play something while driving around, but occasionally in the previous games you’d be driving with a homie when they’d change the radio station and start singing along. I definitely want more of that - but it’s still not what I mean. Gat Out of Hell may not have had licensed music, but it did have several people singing in one cutscene which was a frigging musical. More musicals in my Saints Row, please. 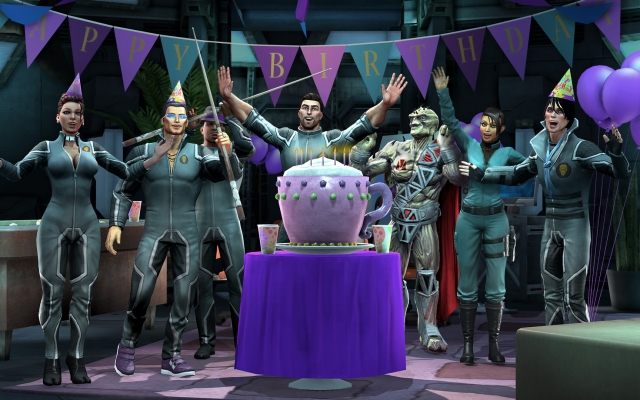 What I Don’t Want: It was all a dream

In Saints Row IV, the planet Earth is destroyed, if there was ever a game that would pull a “Dallas”, it’s Saints Row. Waking up to find that The Boss had never become The President would disappoint me no end. On the other hand, they could subvert it - The President wakes up and in a groggy state comments on how it was all a dream - before it turns out it was not a dream. Boom, double twist!

Do you want more musicals in Saints Row?

We have similar tastes except wasn't a fan of Fuzz. The other difference in opinion is I've said for a LONG time they should do the dream thing and could receive the series to more of a Saints Row 2 never even happened. He's been in a coma and comes out at that point. A remake of Saints 2 but not as it was obviously. Just a thought but something my son's and I have talked about a long time. If they want to retain the absolute over the top, continue the time line. If they want to get back to being very serious like the original and how Saints 2 (mostly) was...minus things like Fuzz, then a dream. Another would be a resurrection of the "gang" since the main three all went on to become celebrities. Have to keep... Character creation, the sheer level of customization they've been known for with player, cars, weapons, etc. Except who drove after Saints the Third. Once you had super powers, the vehicles actually slowed your progress. ***Here is where the STARTING point, I think, will likely be*** (logical based on both the info they get from Zinyaks guy as well as how GOH ended. Now....Agents of Mayhem was a canonical ending (somewhat) based on what Johnny asked for at the end of Gat Outta Hell. So, do they continue from there? Do they go back in time to before Saints the Third to save Johnny? They never are on the plane and the adventures in Steelport never happen?

If they returned to before Saints Row The Third, say one of them decides to pull the heist in another bank instead of the Syndicate one at the last minute, changing the events, I could get behind that.

Cut to 12 months later, Gangstas in Space was a flop, the Saints bubble burst and they have to get back to their roots.