The PlayStation Vita didn’t get the love it deserved. The same can also be said about its games, with many charming titles and a handful of exclusives in some of PlayStation’s best franchises making use of the handheld hardware’s capabilities. Here are just 10 of the many (in no particular order) that you should definitely try out if you have the chance! 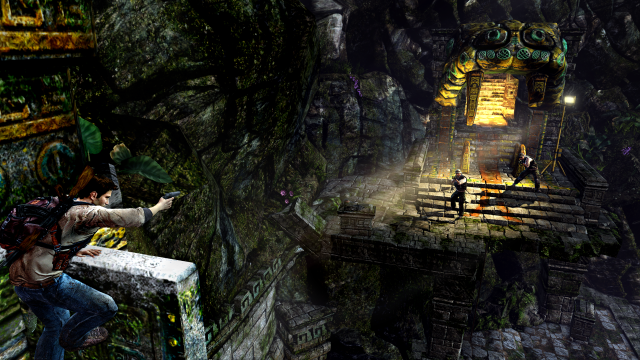 It’s an impressive feat to have a full-sized Uncharted game on such a small console, but Bend Studio laughed at this notion to give us Uncharted: Golden Abyss. Making full use of the front touchscreen and rear touchpad for platforming sections, whilst also letting Uncharted purists stick to using button controls, Golden Abyss always had something new for the player to do (including holding your Vita up to a light source or using its motion controls for aiming) and with a cast of fully voiced characters old and new, this relentless action-adventure is a must-play for any fans of Nathan Drake. 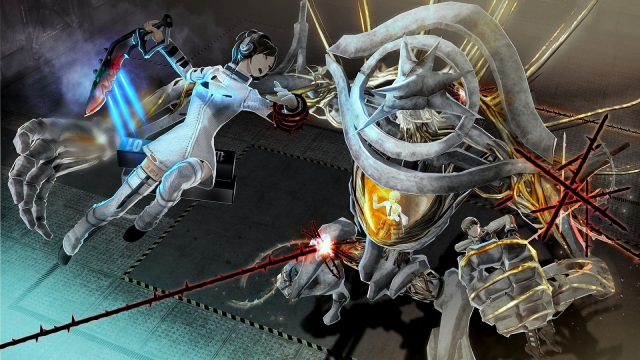 Do you like to fight against freakishly large demons for basic human rights, and having some time reduced from your prison sentence of 1,000,000 years, which you got for simply existing? Yeah, me too, which is why Freedom Wars is a surprisingly refreshing take on the “Monster Hunter” style of gameplay and has a satisfying rate of unlocking more rewards, which all make sense within the narrative (want to go to sleep? Best get out there and rescue some civilians!). Add in cooperative play and you’ve got a sleeper hit that I wish more people spoke about.

The Legend of Heroes: Trails of Cold Steel I & II 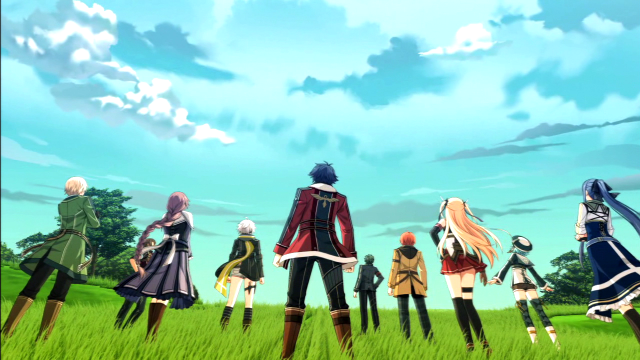 I hope you have a lot of time to spare, because these gargantuan JRPGs took me around 80 hours each to play through! Part of a long-running series, Trails of Cold Steel has many of the JRPG/anime tropes we all know and love, with a slow but intricate story that gives every character a chance to shine, and leads up to some truly engaging plot twists. There are deep, strategic turn-based battle mechanics, a bonding system to increase the abilities of your party, and even a talking cat; I beg anyone with a love for JRPGs to play these incredible games! 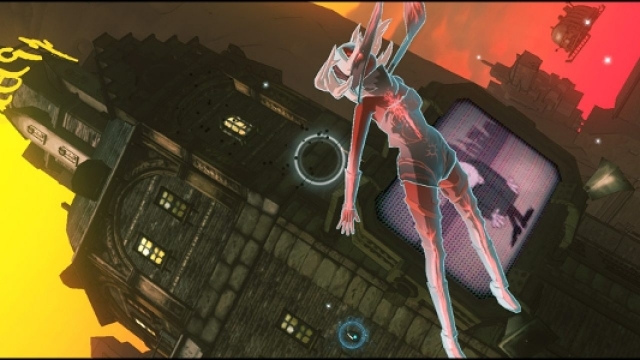 A super-stylish, gravity-defying action-adventure game from the developers of some of PlayStation’s best exclusives, Gravity Rush sees protagonist Kat use her newly discovered powers of gravity manipulation to save a city against a mysterious new enemy. This may sound like a fairly standard plot, but this wonderfully eccentric handheld gem is far from standard! Kat is an incredibly nimble character as she uses her ability to shift gravity to zip around the world, or give a big baddie a flying kick to the face. Although the controls take a while to get accustomed to, you’re sure to find yourself drawn into this strange journey. 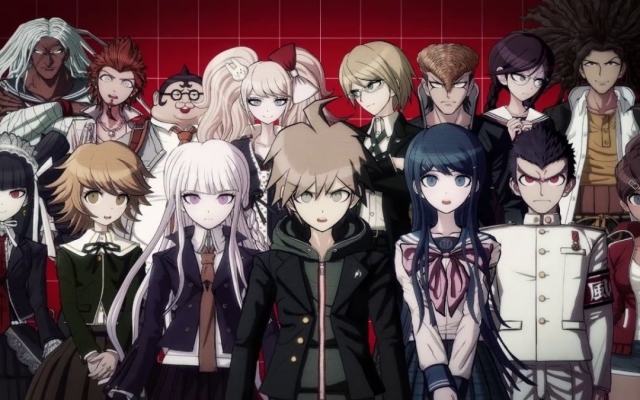 Visual novel games are not for everyone, but Danganronpa is an anime murder-mystery with a captivating plot full of intriguing characters and enough actual gameplay that it’s definitely worth your time. Each new murder leads you on a trail of clues and suspects as protagonist Makoto, culminating in a frantic, fast-paced courtroom trial that you’d never see in any yawn-inducing legal drama TV show. Trying to find a way to escape from this high-school of death, a killer robot bear, and not knowing who’s going to kill who next; Danganronpa is bonkers in the best possible way. If any of this sounds interesting to you, don’t do any research and just jump straight in for a metaphorical page turner sure to grip you from beginning to end. 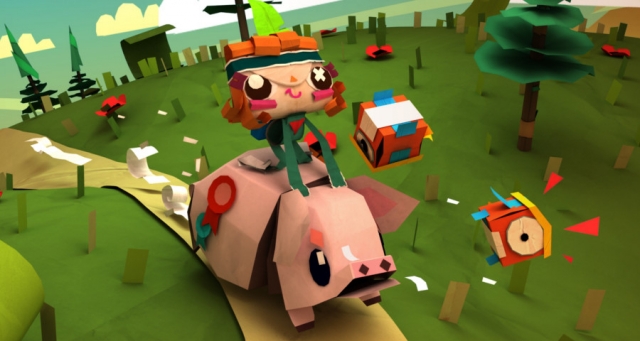 I’m just going to come out and say it. Tearaway is the most charming, grin-inducing game I’ve ever played. Take that Animal Crossing! A game world made entirely of paper with adorable origami animals roaming the vibrant levels, this game is dripping with personality and has a simple story told in such a beautiful way; developers Media Molecule once again has created a stunning piece of art in videogame form. With easily the best use of practically all of the Vita’s features, including poking your finger at the rear touchpad to tear a hole in the in-game world, or using the touchscreen to customise your adorable playable character. Honestly, I have nothing negative to say about Tearaway. 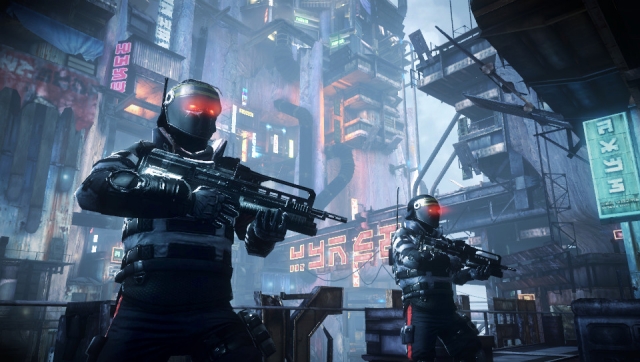 Just like Uncharted: Golden Abyss, here we have another full home console experience packed into a miniature bundle. One of the Vita’s best-looking games for sure, with a wide variety of locations each with its own distinct look and feel, and gameplay so slick the Vita might just slip out of your hands. Perhaps most surprising is Killzone: Mercenary’s replayability; the campaign missions that can be revisited to attempt to complete alternative objectives. Oh, and a fun and frantic online multiplayer mode to show off all of the weapons you’ve unlocked in single-player. 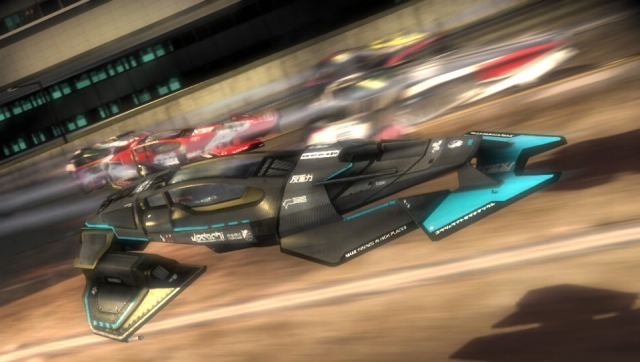 Speed! Stunning visuals! Potential motion sickness! Yes, Wipeout 2048 was a stellar launch title for the Vita and really gave players a taste of what to expect from Sony’s newest handheld. If you’ve played a Wipeout game before then you know what to expect—a pulse pounding futuristic racer—just on a smaller screen. Everything here is polished to perfection (especially the shiny track designs) with tight, responsive controls for all the edge-of-your-seat corners you’ll be drifting round to beat your opponents to the finish line. Or just unleash a barrage of weapons to set them back instead. Whatever floats your boat. 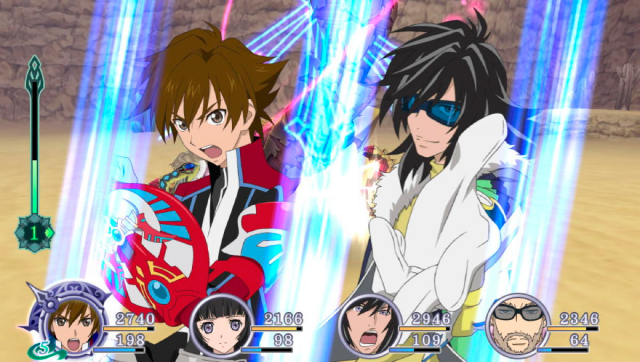 The eleventh main entry into the long-running Tales of series, anyone that's played a Tales of game before will know exactly what to expect here: interesting and intricately designed main characters, a genuinely detestable antagonist, a world full of mystery and wonder, and a flashy combat system. Yes, Tales of Hearts R doesn’t reinvent the wheel for the franchise, but if you want to experience a JRPG with a heartwarming story and fantastic combat during your morning commute to work, owning this is a must. 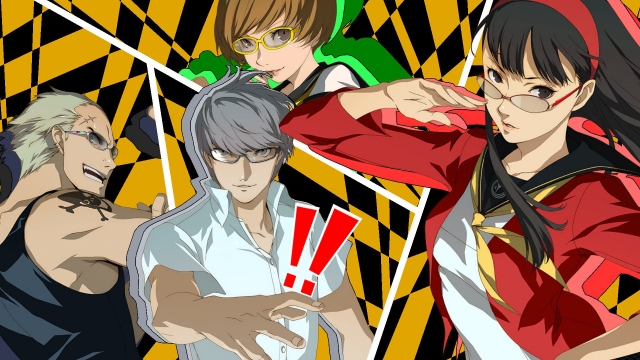 Could it have been anything else? I debated if Persona 4 Golden should be put on this list, since it’s not exactly short of attention. The Persona series is very well known, sure, but I couldn’t pass up a chance to mention this phenomenal JRPG. Originally released on the PlayStation 2 as Persona 4, this remake gives players a whole lot more than just an added word in the game's title. Here we get an expanded story (one which was already absolutely massive), two new endings, new music, reworked animations, and so much more! The franchise has already been given the attention it deserves, but if you can, go and take a look at this top tier remake available on a handheld, a game so good I played it in bed and “forgot” to sleep.

So there we have it; 10 games you need to give special attention to, all available on the PlayStation Vita. Sure, some of these have since been re-released on home consoles, but such high-quality gaming on the go deserves to be acknowledged!