Great Games You Can No Longer Play

Gaming is becoming increasingly digital, with physical boxed sales making up less and less of the overall market as we propel headlong into the neon-soaked techno-future promised to us in the 80s. This in general has been a good thing as access to games has become an almost non-existent barrier to entry for an entire generation.

However, a game only being available digitally has a dark side. Sometimes they disappear forever, leaving us no way of enjoying them. Here are a handful of games that ,for whatever reason, are no longer available unless you were fortunate enough to pick them up at the time. 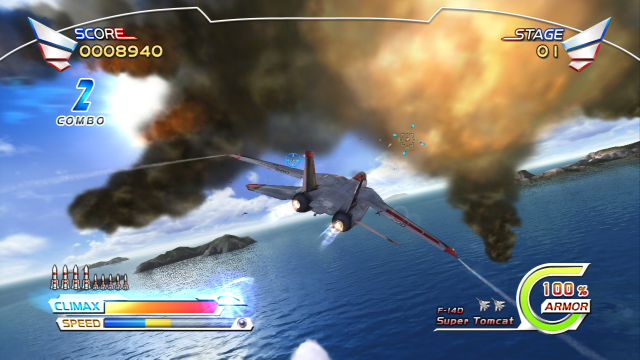 Climax was the fourth entry of this iconic SEGA franchise. A port of the arcade game made its way to Xbox 360 and PlayStation 3 in 2010 as well as both iOS and Android later on in 2013. Like the earlier entries it’s a fast paced shooter where you fly a number of fighter planes (including the F-14D Super Tomcat, replacing the iconic F-14 Tomcat from the original titles) as you scream towards the horizon taking out enemy craft before exploding into the ground spectacularly.

It was initially scheduled to be delisted from Xbox Live and the PSN on the 24th December 2014, but in a surprise twist it was actually delisted a week earlier on the 17th December. The mobile versions of the game were removed in May 2015. No reason was given for the title being removed from sale but as you’ll see from the other games in this list it’s likely connected to licensing related to the planes used in-game.

The game was reinstated to iOS and Android marketplaces earlier this year as part of the SEGA Forever service, but is still sadly unavailable on console. 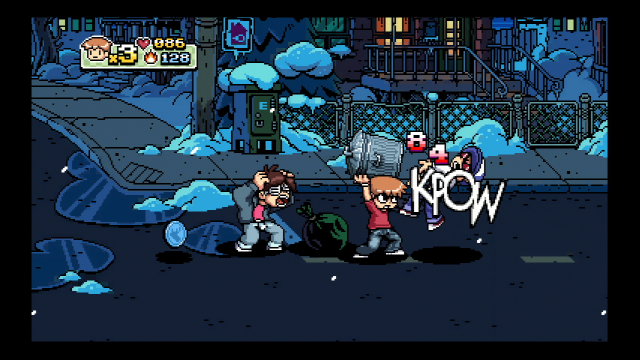 Scott Pilgrim vs. The World: The Game

Scott Pilgrim vs. The World: The Game is a fantastic side-scrolling brawler in the vein of the iconic Kunio-kun (River City Ransom in the West) series of games. Created by Ubisoft Montreal for the Xbox 360 and PlayStation 3, it’s based on the popular graphic novels by Bryan Lee O’Malley and featured music from chiptune group Anamanaguchi.

It featured wonderful 16-bit style pixel art headed up by Paul Robertson which fit the game perfectly. It saw you take Scott Pilgrim, Ramona Flowers and others through thug-filled streets as you beat the snot out of anything that moves whilst spending cash to upgrade your abilities.

This was removed from both Xbox Live and the PlayStation Network around the end of December 2014 and hasn’t reappeared since the removal. The reason for its removal has never been given but as it contains copyrights from multiple parties including the creator, Oni Press, Universal Studios and Ubisoft themselves, it’s clearly possible one (or many) of the licenses expiring was the culprit. Due to this it also seems unlikely we’ll see it reappear as renegotiating with all parties is probably a paperwork nightmare. 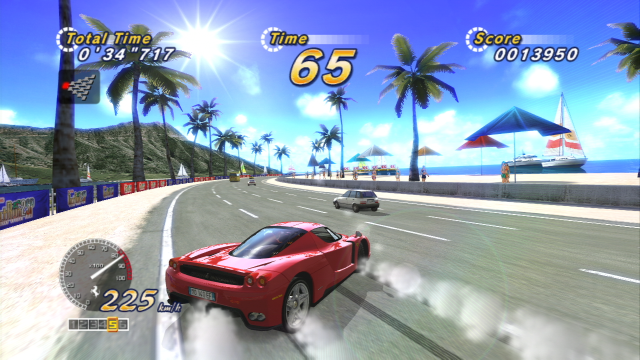 Originally released in April 2009 on Xbox 360 and exclusively on PlayStation 3 in Europe, this was an adaptation of SEGA’s popular OutRun2 titles. Like earlier takes on that series, the game featured multiple modes for you to drift Ferraris around including the titular OutRun mode, Heart Attack, Continuous and Time Attack.

Like other OutRun games it saw you careening your way through 15 checkpointed stages against a time limit. Heart Attack mode saw your female companion ask you to drive dangerously for her entertainment by passing cars, drifting around corners and avoiding crashes. Your reward for endangering other drivers’ safety was a romantic display if you were successful.

The game was removed from the PSN in October 2010 but persisted on Xbox Live until December 2011 when SEGA's Ferrari licence expired.

The arcade side-scrolling beat ‘em up classic take on the heroes in a half-shell was released on Xbox Live as TMNT 1989 Arcade in March 2007, in a strange co-publishing deal between Ubisoft (who had just acquired the game rights the year prior) and Konami. This also led to Ubisoft creating a 3D remake of the sequel Teenage Mutant Ninja Turtles: Turtles in Time subtitled Re-Shelled.

This was delisted from Xbox Live in the Summer of 2011 with Re-Shelled also getting delisted around this time. It seems neither Konami or Ubisoft were interested in renewing their licensing for the lean green fighting machines which means these titles are now unavailable.

The original arcade game can still be played in some form on console if you obtain Teenage Mutant Ninja Turtles: Battle Nexus 2 for the PlayStation 2, GameCube or original Xbox, and play through to stage 9-1, and find the unlockable version within. This version does have changes from the original arcade release, notably with regards to music and voice samples being removed.

Like the other SEGA entries here, this port of the arcade title SEGA Rally 3 ended up being delisted likely due to car licensing. It wasn’t around for long at all though, originally releasing in May 2011 for the Xbox 360 and in June for the PlayStation 3 in the US.

It largely follows the formula of earlier SEGA Rally games with three tracks available as you hurtle around in a variety of licensed cars, including the iconic Mitsubishi Lancer and Subaru Impreza.

It was delisted in October 2012 making it available for around 18 months giving it a really short window for purchasing. 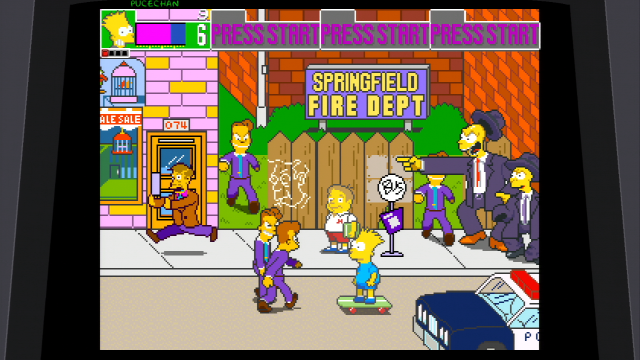 Another of Konami’s iconic side-scrolling brawlers, The Simpsons Arcade Game came to both Xbox Live and PlayStation Network in February 2012 and was delisted on both services in December 2013. The delisting presumably took place due to the license with Fox expiring.

Following the family as they attempt to retrieve Maggie after she accidentally uses a diamond being stolen by Smithers as a pacifier, the game is an extremely traditional brawler in the Konami tradition. The title took advantage of the licence well with well drawn art and accurate representations of the musical style of the show. At face value it looks like a re-skinned TMNT Arcade but they do feel quite different in practice.

The Legend of Korra

This is the first entry on the list to have the dubious honour of being delisted on PC too as it was removed from Steam alongside the console stores. Originally it was released by Activision across Steam, PlayStation 3, PlayStation 4, Xbox 360 and Xbox One in October 2014. Platinum Games’ action title was delisted alongside Platinum’s other licensed title, Transformers: Devastation three years later in December 2017.

As you’d expect from a Platinum game this was an action combat title based on the titular series that saw you mixing the four elements together to take on lots and lots of enemies. Like most of their output the combat was fluid and engaging and featured extremely faithful visuals to the show.

Although Transformers: Devastation was delisted at the same time as The Legend of Korra, it fortunately can still be obtained as it received a physical release. Korra however was not as fortunate and is no longer obtainable on any platform. 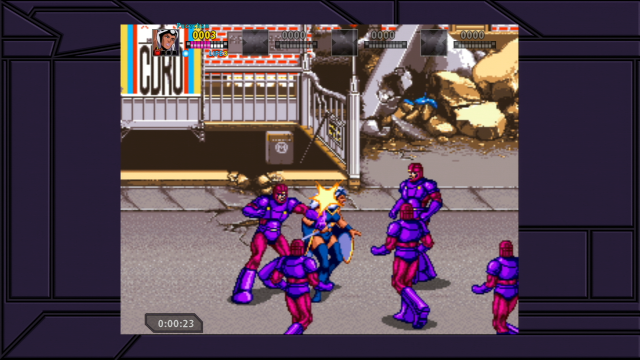 And finally a game that I was unaware even had a console port until researching this article. X-Men: The Arcade Game is another Konami side-scrolling brawler that saw you take characters including Cyclops, Storm, Nightcrawler and Dazzler on a quest to stop Magneto by punching as many sentinels and other enemies in the face as possible.

Originally released on Xbox 360 and PlayStation 3 digitally in December 2010 it was available until December 2013 where it was unceremoniously dumped from digital storefronts. The most likely reason being the licencing deal with Marvel expiring.

There are a lot more games that have gone missing, with some even being unable to be downloaded even if you had them at the time such as the infamous P.T. teaser from Hideo Kojima. Are there any games that you love that are no longer available that I didn’t list here? Let me know in the comments!

It's unfortunate that some outright classics are not longer available. Worse, this list is definitely going to grow as more Games As A Service happen - the moment those servers go offline, that's it.

Yeah it's quite frightening thinking about the amount of current-gen games that will just disappear when servers are closed. Anthem and stuff like Destiny spring to mind as games that will disappear as it's unlikely the community will have reverse-engineered how they operate by the time they close.

It's hard enough to preserve games as it is, let alone when they are packaged as a GAAS!

After Burner Climax is a massive shame. I also never got round to getting Superfrog HD and that's seemingly unlikely now too. 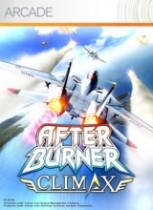