Considering I made an article about what could be improved in Two Point Campus, I thought it would only be fair to give credit where credit is due — especially because I'm not a huge fan of management games, yet I haven't been able to have enough of this one! Without further ado, here are five things that the game got right! 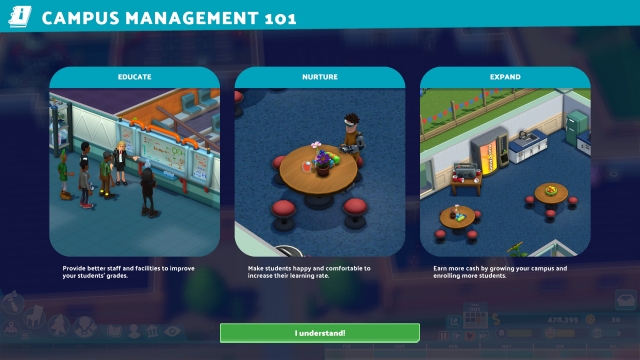 Although it was frustrating for me to encounter more and more mechanics and features as the game introduced the campuses, I quickly learned to appreciate that the developers took their time on the tutorials. Instead of flooding us with many walls of text, you're slowly introduced to things at a more steady rate, allowing for an easier grasp of the mechanics and features. 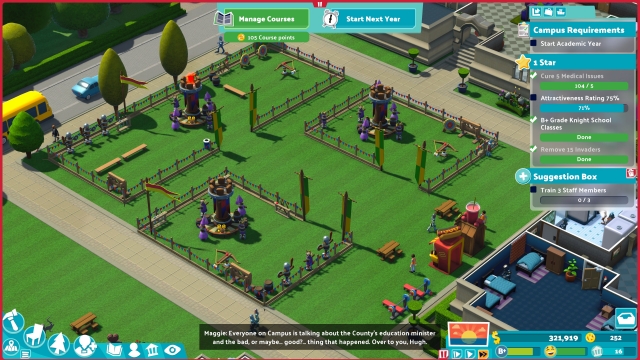 Two Point Campus is incredibly customisable because you're allowed the freedom to be creative in the layout of the campus (and how it's decorated), as well as how you want to be as a boss in-game. You can customise the tuition, the pay, staff training, what rooms the students go into, etc.; there's just a lot in your hands to mould the game to your preference. This was a treat for someone like me who struggles with getting overwhelmed and bored during management sims. Although not everyone is going to like the silliness of Two Point Campus, it's never invasive or in-your-face about it. You can mute the radio if you don't like the chatter, the announcer speaks quietly and very sporadically, and none of the jokes rely on crudeness to be funny. The only thing that may be a bit bothersome for some is that there are many decorations that are centred around silliness or cuteness and are mandatory, so you'll have to deal with them. Thankfully, if you don't like them, you can just hide them away a bit behind the ones you do enjoy! Two Point Campus straying from realism is probably one of the best things it has done, as having courses such as Jousting adds a lot of charm to the game. Not only do you get to decorate arenas and potion rooms, but there's so much variety that there's something for everyone. Whether you like science or magic, you'll find a way to make an awesome campus you're happy with. 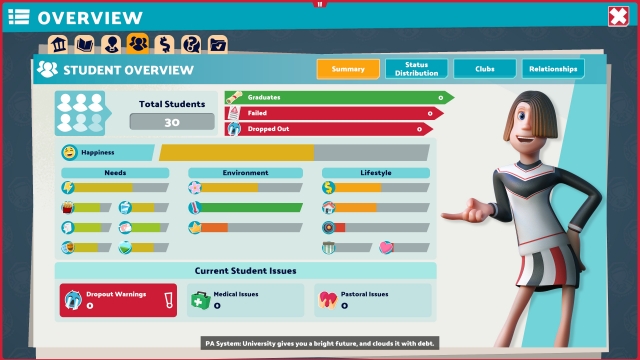 Lastly, I'd like to touch on Two Point Campus' plenty of handy features to help us get through the game, such as the visualiser. You have many options of what you can choose to see, from the temperature of the campus to the attractiveness to even how happy everyone in it is. That's not all either, as you also have plenty of graphs showing everything you can think of or may need. This amount of easily accessible information makes an overwhelming game (or genre, such as management) much easier to handle. Although the information could use some work — as they're a bit vague about some things — I'm sure a quick Google search will fix that for now.

And that's it! Some of the best features of Two Point Campus. Definitely an awesome management game, even for someone that's not into that genre much; I can see why Two Point Studios is so beloved.