For this ranking, I will be sticking with the mainline games simply because I haven’t played all the spin-off entries such as the Chronicles series or the mobile games. Despite that, I think that Assassin’s Creed III: Liberation deserves an honourable mention because it was surprisingly a pretty good Assassin’s Creed experience on a portable system. It also starred the first female protagonist in the series who was also a person of colour and that’s always a plus! So with all that out of the way, it’s time to begin. 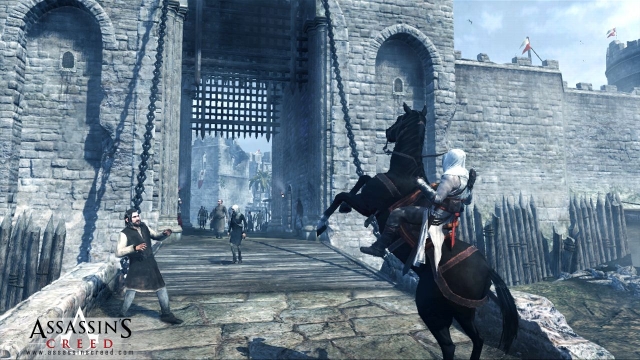 Putting the game that started it all at the bottom of the list feels a little disrespectful for some reason, but Assassin’s Creed simply does not hold up. Many of the objectives are boring and extremely repetitive causing the game to feel like a chore the majority of the time and the movement/parkour feels significantly dated when comparing to anything that was released afterwards. It will never be forgotten for the foundation it laid out, but the newer entries lack the core issues that this one had. 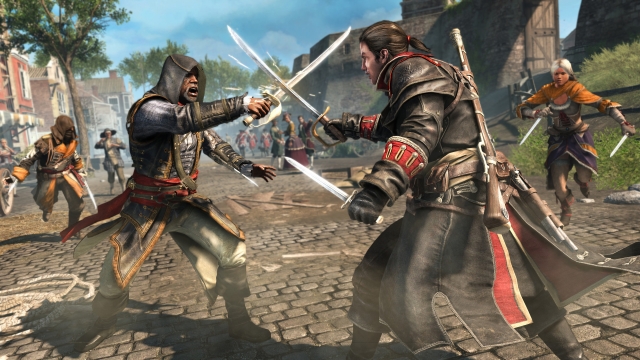 I played Assassin’s Creed Rogue years after launch because, at the time, there was another Assassin’s Creed game that had my attention, and post-launch I never heard people talk highly of it. The story concept of an Assassin turning against his own and becoming a Templar sounded like an interesting premise, but the protagonist and the characters around him were rather dull and remained that way the entirety of the game. The part I remember the most is the very end because it connects it to Assassin’s Creed Unity in an interesting way almost making Unity a part two to Rogue's story. 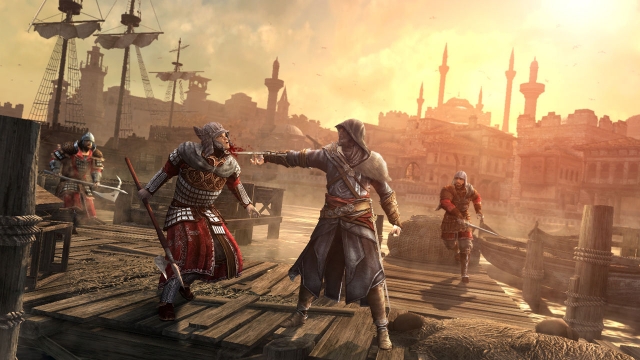 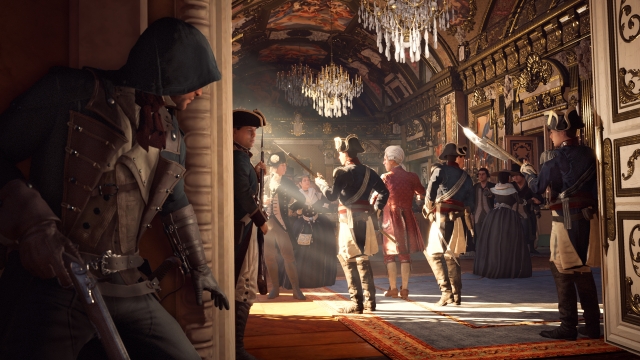 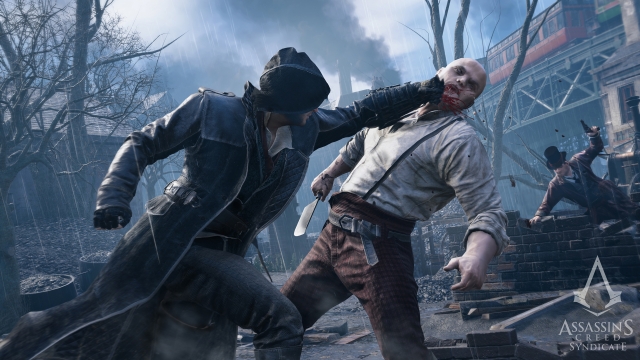 After the disastrous launch of Assassin’s Creed Unity, Assassin’s Creed Syndicate released a year later and you could tell Unity had affected its development. While London was still a robust, great-looking city, it was definitely a downgrade for the visuals when comparing it to Unity. Free-running and parkour felt considerably better in Unity as well and a reason for that is the new grappling hook in Syndicate. The grappling hook took away much of the enjoyment of traversing London because you can just zip up any roof anytime you want, taking away a staple of the franchise for years. The Frye twins were enjoyable protagonists, but I wish they played a little differently; when getting all the skills, they essentially felt like the same character. 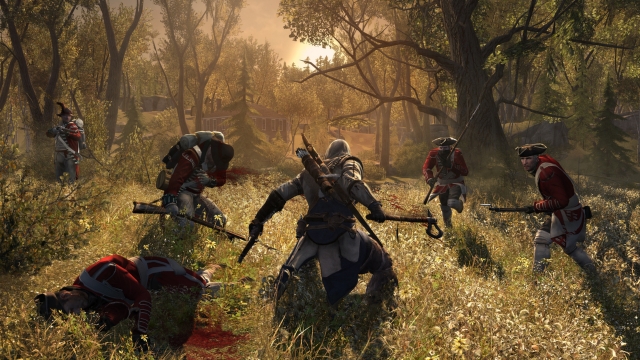 I know many people that absolutely despise Assassin’s Creed III because they hated the protagonist Connor, but I was one of the few that genuinely liked him, his character arc in the story and even his Assassin’s attire. The combat, free-running and parkour animations were such an improvement over the previous games at the time making it just a joy to move around on rooftops or through the trees. Assassin’s Creed III was the first time they introduced naval combat as well, and while it wasn’t at its full potential in this game, it was utilised very well in later instalments. Assassin’s Creed III also marked the ending of Desmond’s story, which ended in an incredibly unsatisfying way. 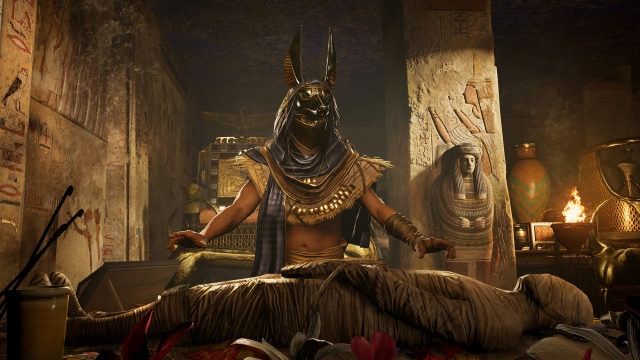 Assassin’s Creed Origins was the first time that Ubisoft took a year off the Assassin’s Creed franchises since Assassin’s Creed II, so there were high expectations on what this new vision for the series would be. What we ended up getting was a weird blend between traditional Assassin’s Creed elements and entirely new RPG mechanics which ended up turning many people off. Personally, I loved the new RPG components and the new direction for combat that they introduced in Assassin’s Creed Origins. I liked that I had to work for the ability to assassinate a target in one attack by upgrading my weapons and levelling up, whereas in previous games it was continually one stab with the hidden blade to kill them. It added additional planning to how I would take on enemies instead of just sitting in a circle, parrying and attacking like we’ve seen countless times before. Plus, Ancient Egypt was absolutely stunning, Bayek and his story were awesome, and it was a huge graphical improvement over Assassin’s Creed Syndicate. 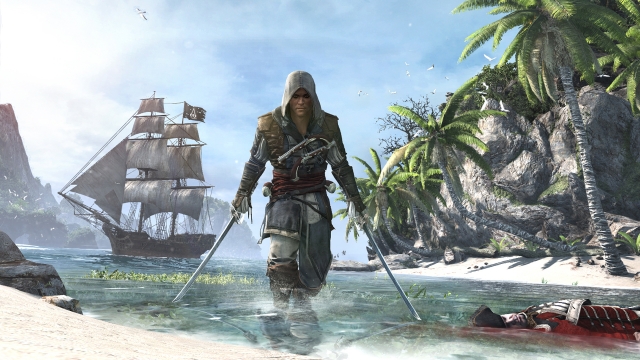 Assassin’s Creed IV: Black Flag might be the best pirate game I’ve ever played and I didn’t even know I wanted a pirate game until I started it. The new and improved naval combat from Assassin’s Creed III takes centre stage in Black Flag as you spend most of the game sailing the seas with your crew, taking on numerous ships at a moment’s notice and discovering islands that may be hiding buried treasure. I don’t think I fast travelled once because sailing through the Caribbean waters because it was so visually pleasing as your crew sings catchy shanties and sea creatures swim alongside your ship. Some of the story missions were quite repetitive when going from mission to mission, but that was rarely done because of how easily distracted you can get. Many write off Black Flag because of its pirate setting but if you’re into it, there’s nothing like taking over a ship by ramming into it, swinging over and killing the captain. A pirate’s life is a life for me! 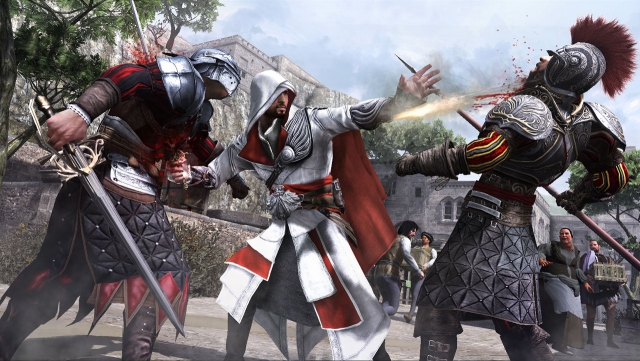 Feeling like more of a 2.5 than a complete sequel to Assassin’s Creed II, Assassin’s Creed: Brotherhood took a lot of what made its predecessor so good and built upon it in great ways while adding other components that didn’t quite fit. Namely the entire Brotherhood mechanic where you recruit people around the city to help the cause with the ability to call upon them whenever needed. While the skill was helpful, it also made many of the encounters easier taking away much of the challenge in the game. Being so in love with Assassin’s Creed II, I just wanted more of that game and Assassin’s Creed Brotherhood fit the bill with it picking up where Assassin’s Creed II left off. The most surprising feature that was added was the multiplayer which, as mentioned previously, was better than most people would expect and was improved upon in Assassin’s Creed Revelations the following year. 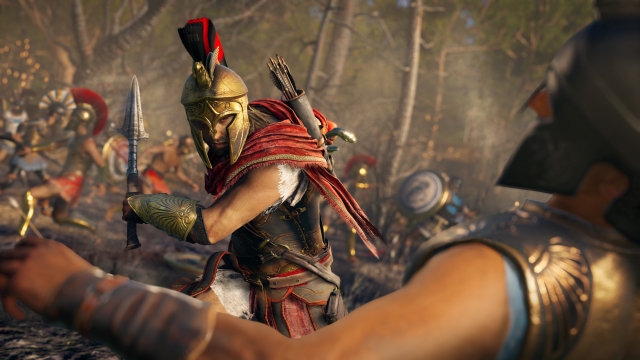 I know many people that would disagree with my placement of Assassin’s Creed Odyssey on this list, but I absolutely adored it. Assassin’s Creed Odyssey is when the series completely separated itself from the previous games and became a full-fledged RPG and it feels as though the developer knew that as well with it being the first Assassin’s Creed game not to include the iconic hidden blade. As previously mentioned, I loved the RPG elements and the new combat that were added in Assassin’s Creed Origins, so when Odyssey came out, took all those mechanics and cranked them to 11, I was all in. Greece was truly stunning to look at despite it being way too large for most people to complete, including myself (120 hours deep and not even close). Kassandra was such a strong female protagonist as well with an engaging story, it’s a shame they didn’t stick with her being the only option as we learned was originally planned. 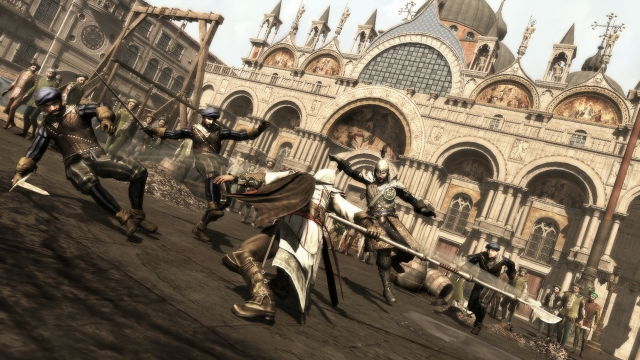 Agree or disagree with my ranking? Are you excited for Assassin’s Creed Valhalla? Let me know in the comments below!

Ubisoft May Not Release an Assassin's Creed Game in 2016