When Nintendo announced the NES line-up for the Switch last year, I sat through all of the games, even the rubbish ones, in order to rank them for you. Don’t say I don’t suffer for my art. With the launch of the long-awaited SNES equivalent, there are far less stinkers, so doing the same seemed to be a great idea. This first part shows the 10 worst of the bunch, although most of these are still worth playing this time around.

Whilst it's worth bearing in mind that the age of this game puts it at the point where football games were relatively simple, there's no getting around the fact that this is a muddled and confusing mess of a game. There are very few mechanics, and subtle play is not rewarded. The lack of any real finesse in the moveset and the fact that players are always bunched up like they're attached to each other means that your best bet is usually to just hoof and hope. It's like the videogame version of Stoke City. 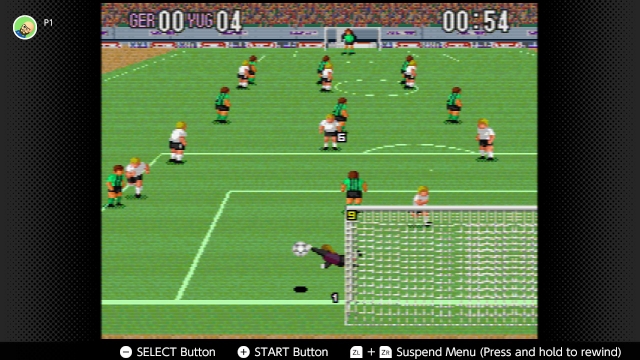 Beat 'em ups were huge at the time of the SNES, with games like Battletoads, Final Fight, and Ninja Warriors selling in ridiculous numbers. With so many great beat-em-ups on the system, it's a surprise to see a reasonably average one being picked for the starting line-up. Generic sprites with plenty of enemy palette swaps and a fairly limited moveset across the included characters makes for a fighter which doesn't stand out particularly. 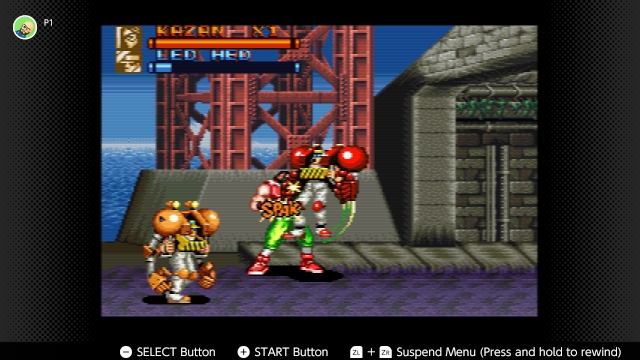 This is a relatively rare game and fetches a decent price on eBay. When a game is rare, that can be because lots of people have copies but don't want to sell them, or not many people have copies. In the case of this game, I believe it is the latter, as I can't see why anybody would have bought this in the first place. It's a slow and relatively simple mini golf game with Kirby as a ball. The graphics are cute and it's certainly a novel use of the character but with a proper Kirby platformer in the line-up, there's no reason to play this. 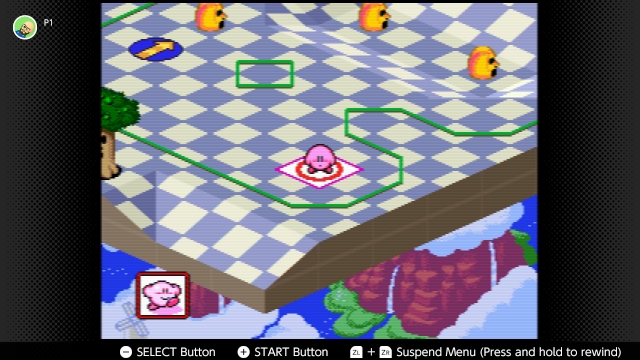 It was innovative and impressive at the time, but this isn't a game that's aged well. Lots of getting lost and running around like a headless chicken, levels designed very sparsely with backtracking and stop/start gameplay, and an unintuitive control system stop this game from being enjoyable for me. It’s too slow for a run and gun game, but it’s still fun, just not as fun as people make out. 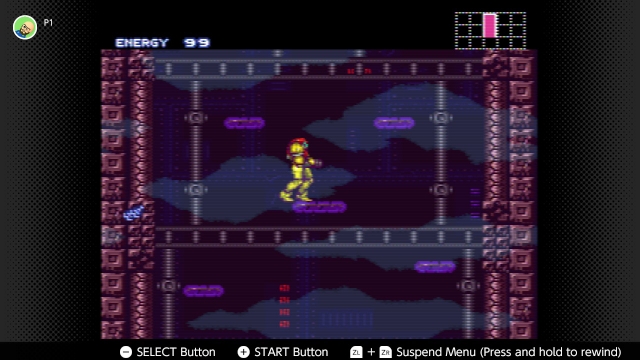 This is a fair bit more entertaining than Super Soccer. Whilst it's not the most accurate simulation it's still aged better than a lot of older sports simulators. It's very tough to get the hang of and some of the graphical choices are a bit odd. The attempt at a 3D effect with the net is rather strange looking, but it doesn't detract from what is a decent enough tennis sim. 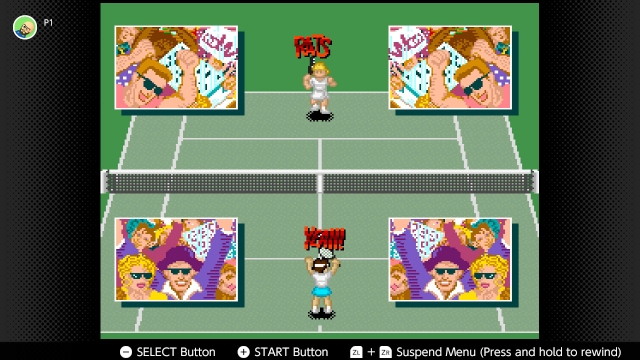 There are plenty of ways to play this game already but it's still a fun puzzle game. Perhaps maybe not as addictive as some others but it's still a good laugh. The trouble is, it's been rebranded, remastered, and re-released so many times that you probably already have a version of it somewhere.

Not to be confused with the third-person shooter of the same name, this is a rather generic side-scrolling shmup with RPG style upgrade mechanics. It's quite tough and screens are rather empty, but it's still fun to play even if it is a little bland. The SNES wasn't really a powerhouse for shooters so don't expect R-Type or Ikaruga, but this is still worth a quick blast. 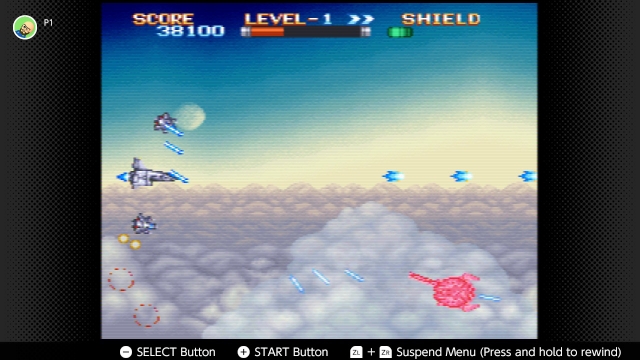 This is one of those games that loses its impact in the modern world. At the time it was something completely different, but the rudimentary 3D graphics don't hold up in 2019, meaning that the title's gameplay needs to hold it together, and it doesn't do that hugely well. This is a competent enough racer with some fun touches and cute anthropomorphised cars, but with sluggish races and two better racing games in the mix, it's hard to recommend this above its peers. 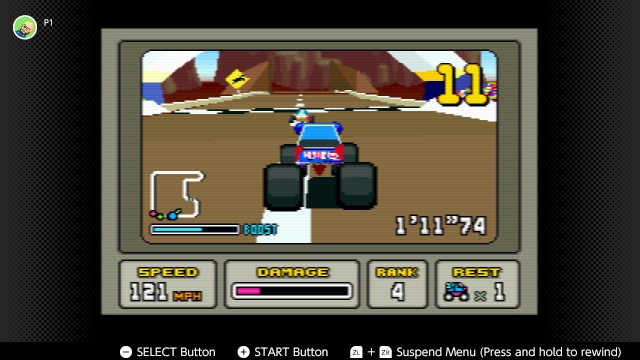 This is the third title in the Gargoyle's Quest series, which in turn is a spin-off of the Ghosts ‘n' Goblins series, and it absolutely shows. It took me nearly half an hour to defeat the very first enemy that you face in the game! This would have been markedly helped if Nintendo didn't insist on not providing instruction manuals for the games on the Switch. Once you're worked out what you're supposed to do and what the controls are, then it's a really competent Castlevania-style title with lovely graphics and a nice, if somewhat repetitive soundtrack. 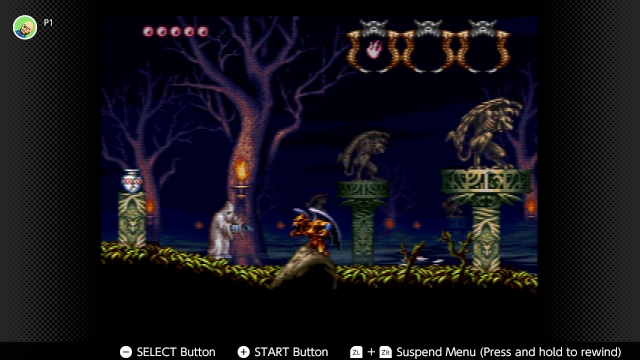 Kirby's third adventure has a little bit of a twist compared to the earlier ones in that he has companions now. This innovative take on the classic Kirby mimicry gameplay sees you team up with various other characters to give additional moves to our perky pink protagonist. It's a little on the easy side and probably the weakest of the platform games in the selection, but it's still good fun to play and a worthy inclusion. 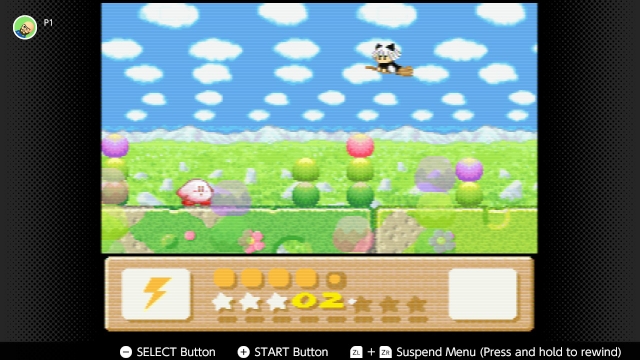