This is the second part of my self-indulgent series where I rank off all the Dizzy games. In part one, I took a look at all the puzzle spin-off titles in the universe of the adventurous egg, but those weren’t the games that he was known for. There are nine platform games he has starred in, with a 10th game due for the ZX Spectrum Next in late 2018. All of them are worth playing, but over the next few paragraphs, I aim to crack through them all and unscramble their secrets. Once I’ve done that, omelette you know which ones are the best. For the purposes of this article, I’ve counted the NES enhanced remakes with different names alongside the games on which they were based.

While playing this game, you can type “eggsonlegs” to make Dizzy invincible. I can remember this even after all these years because frankly it was required. This is a game in which if you walk to the right at the start (you know, like you do in all platformers), you will die in under two seconds. As you have only one life, a perfect play through is the only way to win. Whoever decided this was a good idea was very much mistaken. It’s not a bad game in itself, but it’s far too unforgiving to play without cheating. 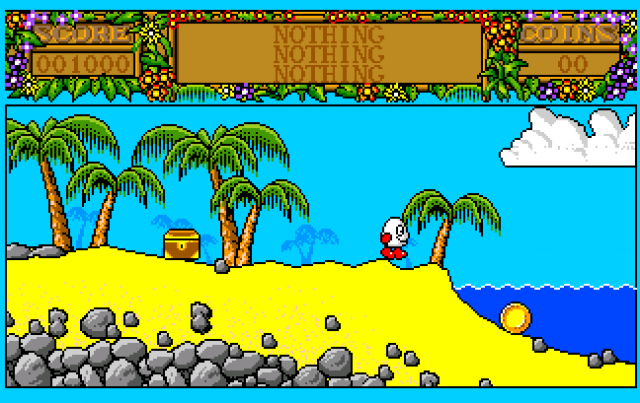 The Amiga version here might be pretty, but it's still insanely hard.

This game is a little bit of an anomaly in the Dizzy universe, in that it’s a scrolling platformer. Oh, and it doesn’t star Dizzy either. It’s a fairly generic platform game starring Pogie the Fluffle. It was scrapped before release on the NES in the 90s, but later resurrected when the Oliver Twins found the source code in their attic. It’s cute, and it’s a decent platform game, but it doesn’t really do much that other platformers weren’t already doing at the time so it’s not difficult to see why it never got a full release back then. At least Pogie isn't a teddy bear like in the mobile Yolk Folk remake.

The one that started it all. In comparison to some of the later titles, Dizzy’s debut might not have aged as well as it could have, but it’s still a solid little game. There’s probably a little bit too much backtracking (something that we’ll be hearing a lot throughout this article), but not so much as to be unplayable.

The Dizzy formula wasn’t perfected just yet, and there’s a lot more emphasis on platforming and dodging/killing beasties. The later games had a much stronger focus on solving puzzles with collectible objects and presented a different kind of challenge. This is still a great game, but it’s been overshadowed by its sucessors. 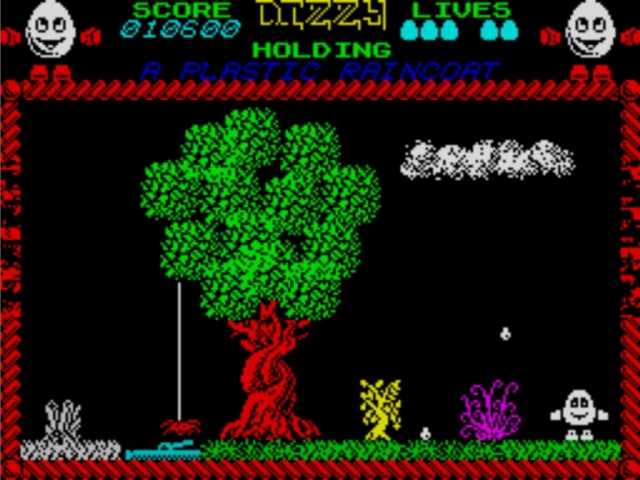 The one that started it all.

This was one of the longest of the Dizzy games, and introduced a lot of features that were new. There were animated set-pieces such as a speedy trip on a runaway mine cart. Some of the new ideas such as fall damage were not such a good idea (no other game in the series used this mechanic thankfully).

The sheer size of the game though meant that there was a whole load of backtracking to be done, especially towards the end when you spend ages shifting rocks from one place to another like an ovoid geologist. Dizzy really wants to get into Dylan's hole.

This was one of the larger titles but just for a change there’s not that much backtracking thanks to pretty robust level design. It’s the first Dizzy game with a health bar, but you get energy from Diamonds. Dizzy presumably has exceptional teeth for an egg.

There are downsides however, such as too many sections involving jumping on permeable cloud platforms though. This part is fiddly, especially between screens, and results in a lot of falling to your death. There’s also a section that involves crossing a river on the fin of a shark, which is frustratingly hard to balance on. 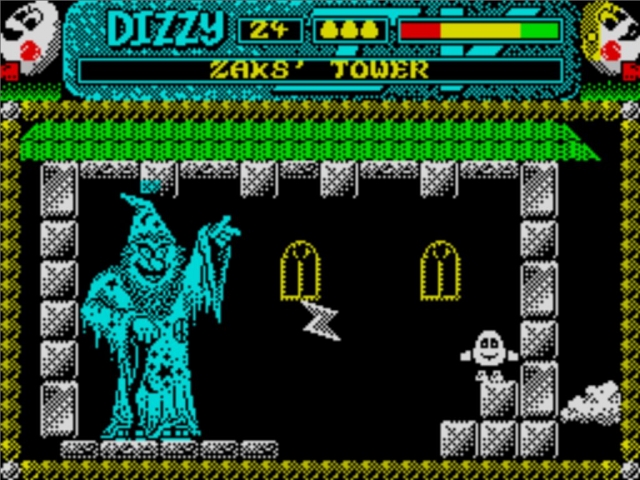 Was the Wizard Zaks based on Chas Hodges?

4) Dizzy - Prince of the YolkFolk / Dizzy the Adventurer

This game has actually been released in three forms. Its original incarnation on the 8-bits was something of a mini adventure, originally only released as part of a compilation. It was then remade for the NES in 1992, and for iOS and Android mobiles in 2011. Each version is largely the same, with the majority of the changes being cosmetic.

The small world means for less gameplay time, but also a lot less backtracking. It reuses a few puzzles and settings from other games (including that bloody cloud jumping again), so it’s not wholly original, but it’s still good fun. 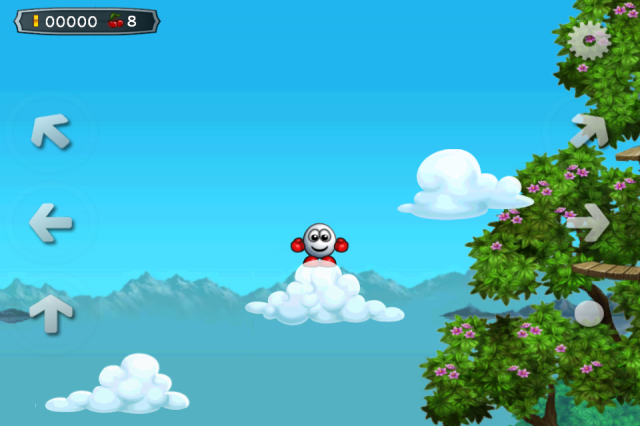 Dizzy’s first and only original outing for the 16-bits was an absolute cracker. With a gigantic world and a host of minigames (two of which got made into spin-off games in their own right) you get a lot more adventure. Of course, this wasn’t a £2.99 tape release, but a £40 NES or Mega Drive cartridge, so you expected it. Sadly, the cost and the legal dispute with Nintendo over the Game Genie meant that in spite of critical acclaim, sales were poor, and it never got the attention it deserved.

Collecting 250 stars in order to complete the game was a ballache though. They probably should have been optional really. This was the largest game in the series at the time and the first full-price one. It’s been beaten since by our number three entry on both counts, but at £9.99, you got more bang for your buck here than with Fantastic Dizzy, including a cracking musical selection. CJ the elephant, another Codemasters mascot, makes a cameo.

This was the last game in the series on the 8-bits to be entirely created by the Oliver Twins, and it's one of their finest games. It introduced the Yolk Folk to the series, giving a supporting cast of characters that hadn't previously been seen in the Dizzy games. There’s not that much backtracking and The fact that over £28,000 was pumped into a Kickstarter for a physical copy of the NES remake of the game in 2017 says everything. It might not be as pretty or as full of content as modern games, but the charm of this title wins through and still makes me smile nearly 30 years later The Amiga version is the prettiest in my opinion, but there's no bad version of this game.

I loved booting up Fantasy World Dizzy now and then - and failing utterly. But that damn egg was just so charming!

I probably played/loaded/wept uncontrollably at Treasure Island Dizzy the most. That Egg's over the top jolliness is/was rage inducing and I just want to turn him into an omelette with all his stupid Yolk Folk family!

I still apparently have many issues that need resolving with a therapist...

*Slowly backs away from Puce*

Nice summary! :) I was a Speccy owner, and the Dizzy games were always my favourite too. Magicland is my personal favourite, though I love them all.

Yet, to this day I have still never played Crystal Kingdom. I couldn't find it anywhere in any shops. I wrote off to games retailers, and even to Codemasters themselves, trying to get hold of the game, but had no luck.

Obviously, I've "got over it" now, but it's interesting to see that you put Crystal Kingdom second in this list. I kind of just assumed it was a bit of a flop, as they changed the style of game from the previous ones. I'll have to check it out sometime! (Which I can do now thanks to the magic of the internet!) :)

It took me ages to finally get round to it, and I only played it properly for this ranking. I think because it came late in the life of the 8-bits and Dizzy didn't make a huge impression on the 16-bits, it got a bit overlooked. I'm glad I went back to it eventually though, it's a genuinely brilliant game.

When you say Dizzy has "been overshadowed by its predecessors", presumably you mean 'predecessors' in the sense of 'successors'?

I think I'd have swapped that and Treasure Island Dizzy, but otherwise this list is spot on. With the caveat that the iOS version of Yolk Folk was buggy as heck, and therefore extremely disappointing.

I do indeed mean successors, thanks for that. I never played the iOS version but the Android version was spot on.

Dizzy Prince of the Yolkfolk