Call of Duty: Black Ops Cold War might have one of the most unconventional names in Call of Duty history, but it has taken me by surprise by how conventional its gameplay and maps are. This CoD feels more traditional than any of the previous releases within the last five years or so. It’s boots on ground, gun-to-gun combat without any of the silly gimmicks we’ve seen in the past and it’s a blast to play.

One of my biggest gripes from last year’s Modern Warfare (2019) was that the majority of the multiplayer maps weren’t fun to play on and encouraged camping (especially with that annoying mounting feature which is thankfully gone). Black Ops Cold War is quite the opposite though with the majority of maps being some of the best we’ve seen in the series in years despite there being fewer of them. Without further ado, let's get to ranking them! 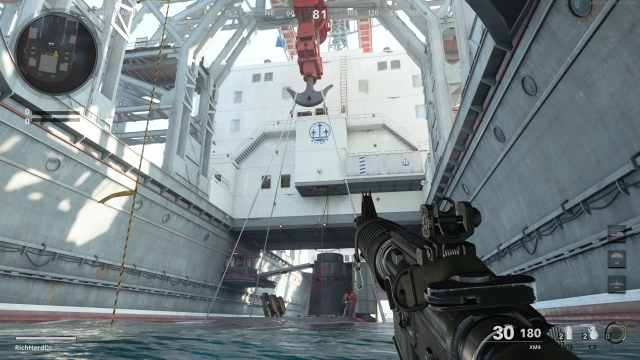 Armada is the only map that I absolutely despise in Black Ops Cold War. Armada takes place in a large military ship as each team spawns on opposite sides of the deck and then rushes to the middle to hopefully take over the control deck. Once the enemy or your team captures the control deck the match is essentially over because they have a clear line of sight to each spawn and can just stay in that room until you can take them out. This map represents a lot of what I didn’t like in Modern Warfare (2019) which is making a map that is centered around one area. The only thing that could’ve made this map worse is if the dreaded mounting feature made a return. 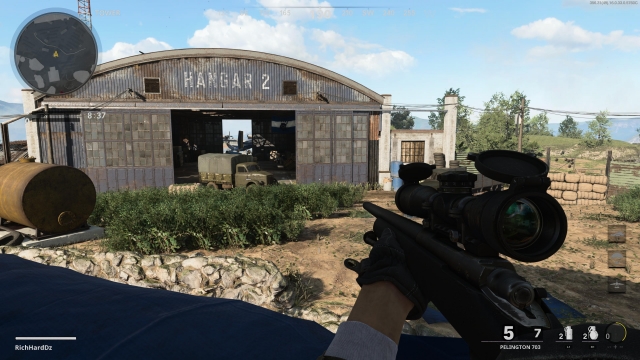 Cartel is set on a cocaine farm with a large hanger on one side, a dried-up river on the other and a sniper bunker smack dab in the middle. Cartel isn’t one of the highlights either, but there are some good parts of this map. Fighting within the outskirts of Cartel can be fun, but the issue arises when you go anywhere near the centre of the map. The middle of Cartel is covered with these dense bushes (which I assume are cocaine plants) that are incredibly difficult to see through, but rather easy to hide in leading to countless people sitting in all the bushes. It makes running in the middle of this map rather annoying since you’ll most likely be dying from one of these damn bush people! 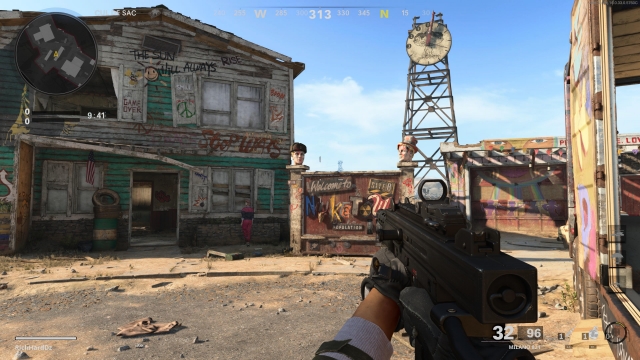 Nuketown ’84 is purely up here for nostalgia alone; I will never understand the love people have for this map. Nuketown was only fun as a private game map with friends or playing the less competitive modes like ‘Sticks and Stones’, ‘Gun Game’ or ‘One in a Chamber’ (which they should definitely bring back!). Otherwise, Nuketown is just a complete mess and way too small and chaotic to be enjoyable when there are so many people around every corner. It does look great with the new textures, style and 4K resolution, but just retire this map already! 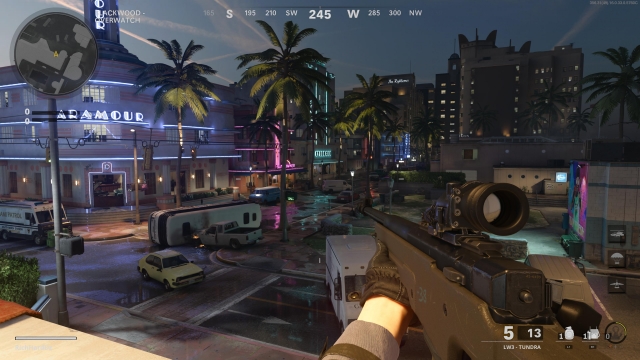 Despite this map being sixth, I think it will be ranked higher on this list when compared to others because it seems the community hates this map. Miami without a doubt is the best-looking map in the game as it shows off how beautiful ray-tracing can look with all the neon lights and puddles on the ground, but whenever it comes up as a map, it never gets any votes. I personally like this map though I can see why players might have issues with it. Namely the number of sniper spots there are monitoring the open area of the map, but I’d rather put up with a couple of sniper spots where I know they’ll be hiding rather than those annoying bush people from Cartel. 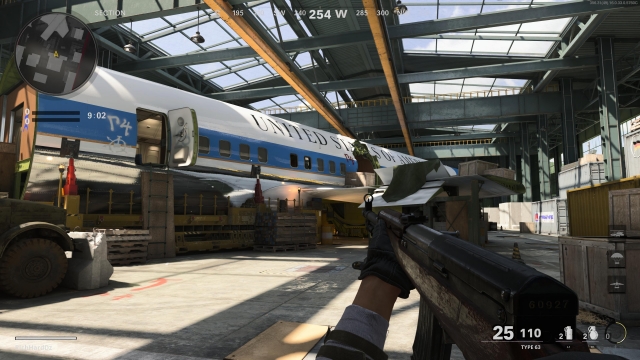 Checkmate drops you inside an airplane bunker that is set up as a training ground with pieces of what looks to be the President of the United States’ airplane scattered around. It essentially looks like a construction site for the large aircraft, and while it can get confusing at first due to the similar environments, this map is quite fun. There are a lot of tight corners and narrow pathways all around this map so you’re always running into someone and it's hard for someone to stay in one spot for long. This also becomes a slight problem since there is really not a lot of cover, so once you’re being shot, that’s most likely the end for you. 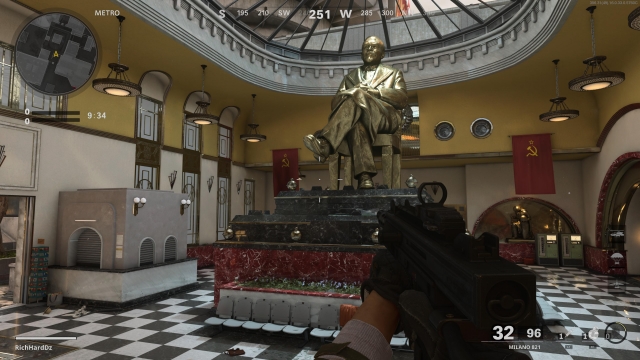 Moscow is set in the downtown area of a Russian city and was part of the open beta a few weeks ago, and honestly, gave me some Modern Warfare 2 vibes that sold me on the game. There is a good balance between long-ranged and close-quarters fights that beg for the assault rifle/shotgun combo which can make for some really awesome moments. The center of the map is where you’ll want to control, but there are so many entrances, it's hard to keep. Airborne score streaks might struggle to get any kills on this map though since it’s a lot of interiors, but your spy plane might last a little longer since it might be tough to find for the opposing team to take it out. 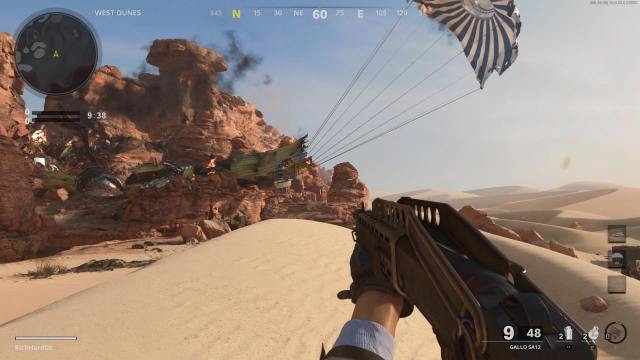 Satellite takes you to the deserts of Angola where an American satellite has crash-landed and its pieces have scattered everywhere. This map is rather unique since it feels like it features two distinct areas for combat. The side with the main piece of the satellite is perfect for close-quarters while also providing a great view for the entire map since it’s elevated. The opposite side is a sniper’s paradise with it just being an open area of sand dunes which they can easily hide behind. Seeing that sheen from the sniper scope peeking ever so slightly over a dune is spooky because it could mean death if you’re not quick enough, but it’s easy to get around them once you know where they are. 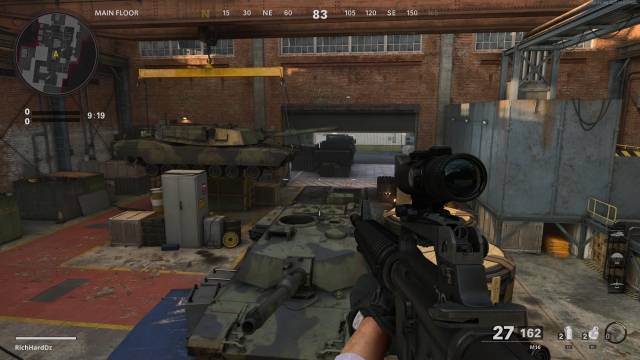 Garrison takes place in a military base in Germany and definitely feels like a smaller sized map compared to previous ones. This map follows that traditional three-lane structure to a tee with the middle lane being where you’ll find most of the action while the side lanes are used for elevation whether it be above or below. It’s a really well-designed map that, again, allows for various playstyles, but running around with a silenced MP5 and ‘Ghost’ is an absolute blast and can take many people by surprise. 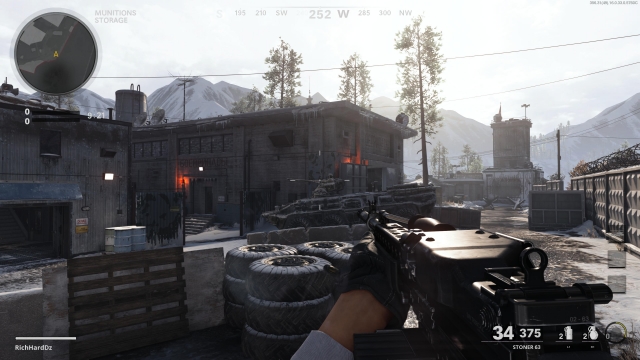 I usually have a vendetta against smaller-sized maps (Nuketown, Rust, Shipment), but Crossroads is definitely my favourite map in Black Ops Cold War and maybe one of my favourites in CoD as a whole. It isn’t nearly as small as those maps mentioned, but it's undeniably the smallest out of the bunch, and while it can get a little hectic, it’s the fast-paced CoD that I love without the annoying spawn killing or camping. Crossroads feels like a small map that was designed for 12-players whereas the previous ones were not and they just did it for the chaos. Wherever you go on this snowy Soviet missile convoy, you are bound to run into someone 10 steps later so a shotgun or SMG might be a smart idea.

So that is my ranking of the Call of Duty: Black Ops Cold War maps. Do you agree or have your own ranking? Let me know in the comments below! 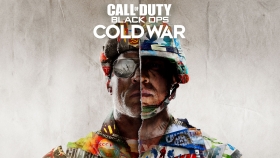