When you think of Monster Hunter World, you think of big burly men and women launching themselves at colossal monsters with swords, axes, saxophones, and spears. What you don’t think about is the careful hunter behind those brave (or senseless) souls, carefully aiming their shot before they pin the monster right before it does a tail sweep that would definitely have killed, or at least seriously maimed, those melee-focused meatheads.

The Bow is a mid-ranged weapon with high damage per shot, and that damage is continuous. With the right coatings and well-placed shots, hunters can deal huge damage with this weapon from a relatively safe distance.

It uses stamina instead of a limited amount of arrows. As long as you keep an eye on your stamina gauge and manage it well, you can be in a position to pin a monster with arrows until your teammates arrive. Charge Shots are a special attack that will consume yet more stamina, making it possible for hunters to stagger themselves in the middle of a shot. When things go south though, it’s important to dodge, but the Bow is great for that too. Being one of the more agile weapons in Monster Hunter World, you’re able to sidestep or dodge while aiming. It’s also possible to dodge after certain shots and charge your next one, which will then deal additional damage to the monster.

The Bow is special because it has access to a wide range of coatings, including Close Range, Blast, Sleep, Power, Poison, and Paralysis. Each Bow has access to different coatings, with more available with certain skills or armour loadouts. 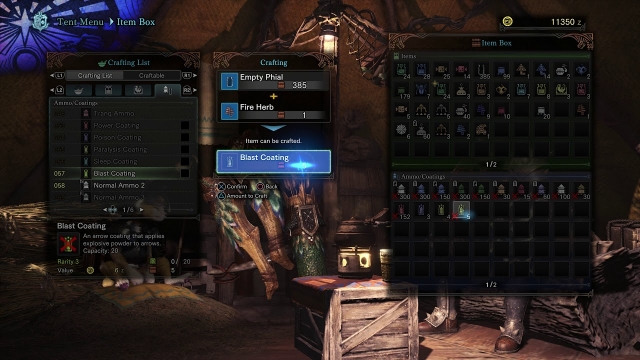 Unlike normal arrows with the Bow, coatings need to be loaded up manually during a hunt. Furthermore, coatings are finite, so you can run out of them too soon if you’re not careful. You can refill coatings from your camp, and swap them out during a hunt depending on the monster’s weaknesses. This is probably the most in-depth area of the Bow, and can make the difference between a successful, or failed, hunt when you get down to the numbers.

Bows have a very powerful move called Dragon Piercer. This move deals huge damage, even at long-range. The caveat is that it has a long animation, leaving you open to attacks for an extended period of time. As a result, this isn’t a move that can be used on every monster, at least not in every hunt.

The move is achieved by holding both triggers, sidestepping, and then pressing both attack buttons. 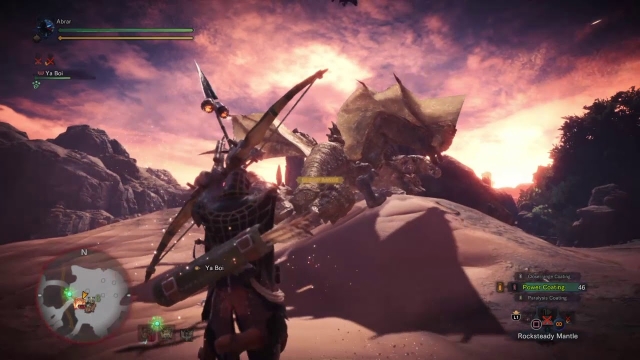 Our advice is to hold off on using Dragon Piercer until the monster is downed for a short time. This will help ensure all shots hit the target and deal that big damage, but it also avoids you getting knocked off your feet by an enraged Rathian.

Even though Bows saw a few adjustments in Iceborne that lowered their damage, they’re still one of the strongest weapons in the game. Most of the Bows that you can craft in Iceborne have a high elemental attack stat which, when combined with certain elemental skills, can be extremely powerful.

The Elemental Attack Skill was upped to six with Iceborne, so skills like Critical Element (increased elemental attack with critical hits) or Element Acceleration (elemental attacks increase when hunter repeatedly attacks), that are element-focused skills, boost the potential for elemental damage with bows. 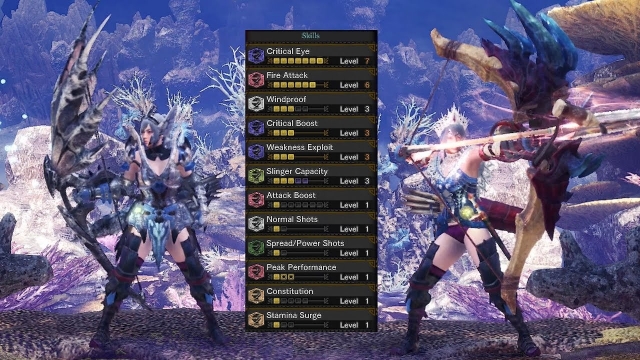 Running out of stamina is one of the biggest weaknesses with the bow. This can be offset by equipping Tentacle Coil and Tentacle Greaves. With just these two pieces of armour equipped, you’ll gain Stamina Surge Level 3, Element Acceleration, and Constitution Level 2.

New Moves With The Bow In Iceborne

Like the other weapons, Bows got some new moves for hunters to play around with in Iceborne. While the Charge Step Routine isn’t new to this update, it is still viable. This move sees you firing consecutive charged shots, which gain a charge with each shot you make. Many hunters use this to constantly fire arrows, never moving unless absolutely essential, because it is so powerful. 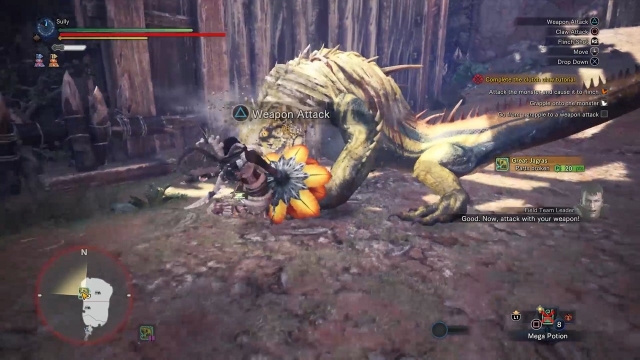 Early on in hunts it can be tempting to hammer the monster with arrows. However, in the case of staggers, it’s better to use the Clutch Claw on the wounded part of the monster. This will inflict more damage, and is incredibly useful in those first minutes of a hunt. With the Bow in particular, you’re more likely to drop Slinger Ammo from using the Clutch Claw, so be sure to drop some for teammates occasionally.

Things To Be Aware Of

Since the Bow sees you fight from a distance, there’s more to be aware of than with close-range melee weapons. 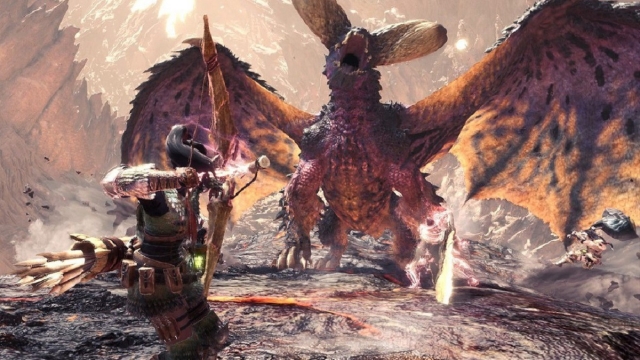 When you do leave the range in which you can deal any damage to a monster, a prompt will pop up on-screen. When this happens, you need to do a Charging Step Forward to get closer, which should mean you’re back to optimal distance once more. The Charging Step forward is quite easy, just hold the power move trigger and hit the sidestep button whilst aiming forward.

You can really min/max a fight with a Bow. Not only will the coatings deal elemental damage, but certain Bows will negate the elemental attributes on specific monsters. Knowing all of this information is part of the key, but the other part is you checking the elemental attributes of monsters before a hunt. If you’ve studied them well in the field, you should be able to view all of their weaknesses and resistances.

This is really the area in which a Bow can push a hunt to be over before it even starts. Combining the right coatings with well-timed Charged Shots and normal shots can bring a monster down as it flees. By staying mobile and getting in as many powerful shots as possible, a team of hunters should have no trouble with an attentive Bow user. 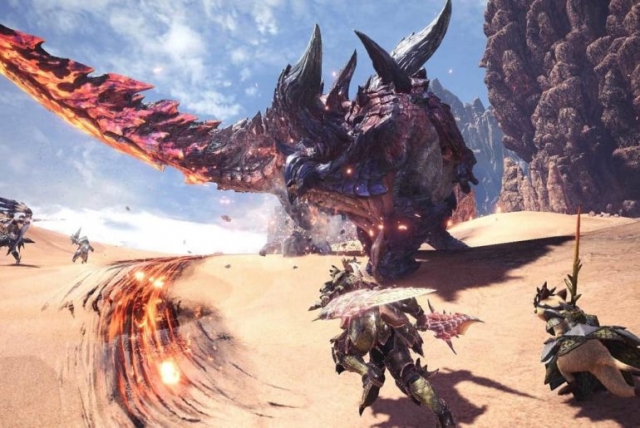 The main aspect of this weapon that people fall down on is the stamina gauge. If you don’t monitor your stamina, you will end up lagging behind other hunters. Eat the right food before a hunt, with loads of stamina boosts, and cook up a bunch of well done steaks before you find the monster. This should give you a huge stamina bar to work with, and enough snacks to keep you fighting fast for the whole hunt.

Hopefully these tips will serve you well in the field. Remember, eat well and you’ll be a beast with the Bow.