The Long Sword is a high damage weapon that allows you to deal out almost continuous hits on a monster. The long reach makes it easy to avoid getting kicked or knocked back, and the higher mobility provides hunters with a way to avoid incoming damage where possible.

While it is a powerful weapon, its weakness is the lack of a blocking technique. With this in mind, Long Sword users need to keep dodging and moving away from enemies so that they don’t get trapped or trampled. 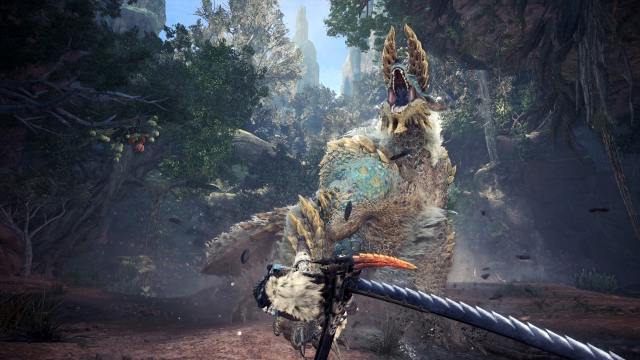 The Long Sword’s attacks have a focus on wide sweeps and long reach. This makes it possible to stand further away from a monster whilst still landing hits. Most of the moves are also vertical, which adds a new layer to a hunter’s arsenal, the ability to attack flying enemies. It’s effective on both smaller monsters, and the larger core monster enemies that can quickly fly away when threatened.

Any moves you make with the Long Sword aren’t locked by their animation. This means that unlike other weapons, it’s possible to roll out of combos or attacks. Using the weapon, it’s easy to get in a few slashes, roll away from a monster’s attack, and quickly be back in position to continue piling on the damage. 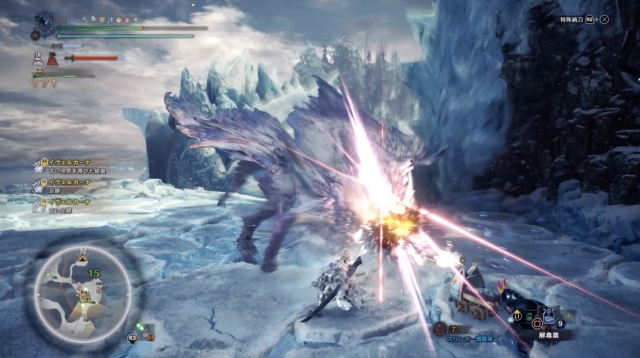 A feature that has been a part of the Long Sword for a while in the Monster Hunter series is the Spirit Gauge. Each normal attack will fill this gauge, building it up to the first level. Once filled, hunters can perform Spirit Blade attacks, which will push the gauge up a further level, allowing for stronger attacks when used.

There are three levels to the Spirit Gauge in total, with each level being stronger than the last. The levels move from white, to yellow, and finally red. Using special moves with the Long Sword, and hitting your target, will make the Spirit Gauge turn orange, preserving it and preventing it from decaying over time. This keeps the power of your attacks up, and the more you do it, the longer the Spirit Gauge will stay active. 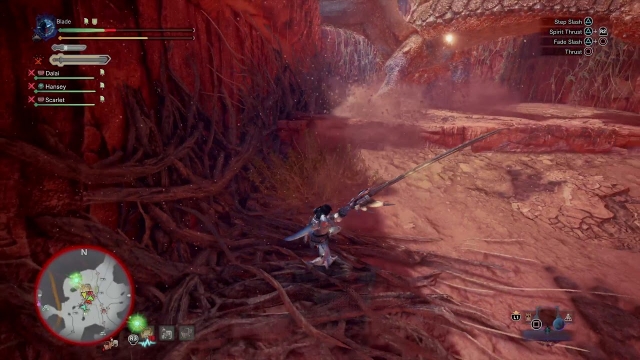 An advantage of using the Long Sword is the way it can both counter and parry monster attacks. This makes up for the weapon’s lack of blocking, but in some ways it’s more useful. If you manage to correctly parry or counter by pressing the correct button at just the right time, your Spirit Gauge will move up one level. Be warned, the gauge will drop a level if you get the move wrong.

By performing Foresight Slash in the right way, you can ignore a monster’s roar. Usually a roar will cause a hunter to be incapacited, allowing a monster to follow up with a quick attack, or even flee a fight. With Foresight Slash, you can ignore that roar and get some attacks in on the monster while it’s busy screaming at the others in your group.

Changes To The Long Sword With Iceborne

With Iceborne there have been a few changes to Foresight Slash. In addition, a new move called Special Sheathe has been added alongside the Clutch Claw. Thanks to the new moves the weapon has with the expansion, it remains incredibly powerful.

The Spirit Gauge still needs a certain amount before it can be activated in Iceborne. However, the range and timing of Foresight Slash have been narrowed, making it a much harder move to pull off.

Due to this new, narrower window of time to use Foresight Slash, it makes sense to get some practice in on the timing with weaker monsters. This is highly recommended, as it can make the difference between a monster downing you, and you downing the monster. 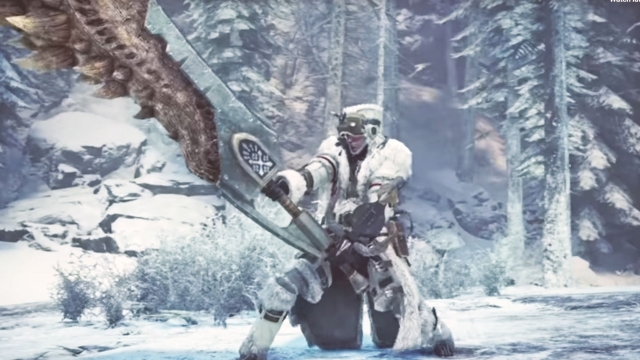 Special Sheathe is the first new move with Monster Hunter World’s expansion. It can be included in a chain combo from almost any other move, and is achieved through a series of special moves with Iceborne installed.

Your combos used to end with either Spirit Helmbreaker or Spirit Roundslash. With Special Sheathe, it’s possible to throw in an extra move and continue the combo for even longer.

The Clutch Claw adds a new level of depth to the Long Sword with Iceborne. If used twice on the same part of the monster, it’ll damage the creature’s hide. This allows you to deal even more damage when you then attack that same body part. Finally, don’t forget to throw in a Slinger Burst in your combos, it won’t stop them. Pressing the Slinger button after Spirit Blade will unleash your Slinger Burst. It has a strong chance of staggering the monster, and deals loads of damage, whilst also allowing you to keep your combo going. 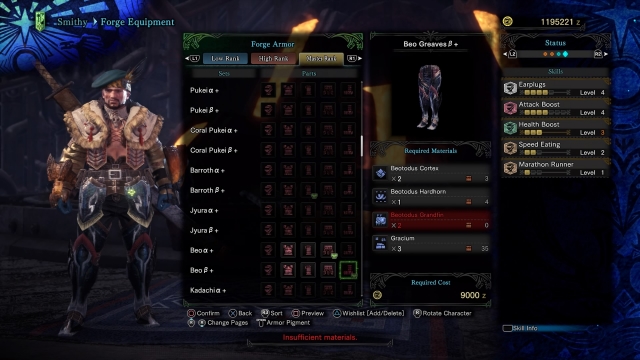 The Long Sword needs the right skills to balance attack power and affinity with high DPS on a hunt. They’re more for quality of life than anything, but also highly recommended.

Any user of the Long Sword needs to keep up the attack power, whilst also working against the weapon’s tendency to lose sharpness so quickly. These skills will help with both of these aspects of the Long Sword.

Tips And Tricks For Using The Long Sword 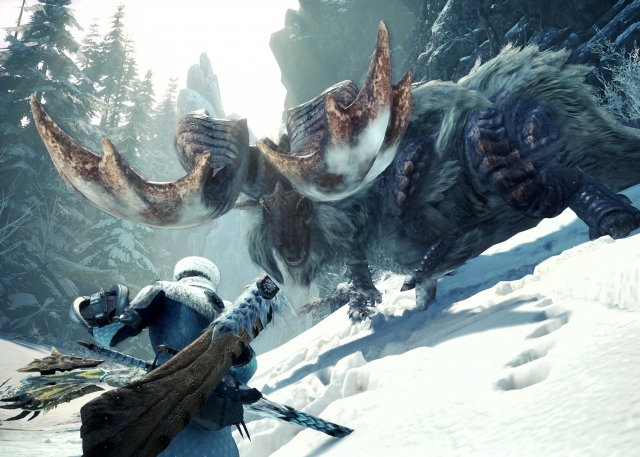 While using the Long Sword you’ll want to keep your Spirit Gauge as high as possible. This will keep damage per hit high, and make it faster and easier to track down the monsters you’re pursuing.

When the Spirit Gauge is red, it’s best to use Helm Breaker and Spirit Thrust in combination. This will do as much damage as possible whilst also preserving your Spirit Gauge. This will mean that you can deal more hits at a higher rate of damage for the longest period of time possible.

Using Fade Slash and moving straight into a power attack will combo your hunter into a Spirit Jumping Slash. This increases your speed during the Spirit Blade combo, and opens up more of a window to land hits on a monster.

The final tip we have for the Long Sword is to keep your distance from other hunters. The weapon has a much wider reach than any other, and that can get in the way of other hunter’s attacks. By keeping your distance, focusing your attacks on a different part of the monster, you ensure maximum damage from all hunters, and no awkward moments between teammates.