Hunting Horns are one of the crazier weapon options in Monster Hunter World. They’re quite literally horns that you carry into battle, using song to buff your allies and debuff monsters, but they’re also quite useful for slamming over the heads of those same monsters. With that said, every Hunting Horn user could do with knowing the finer arts of slamming and jamming with the horn, so here are some tips for using this bizarre weapon. 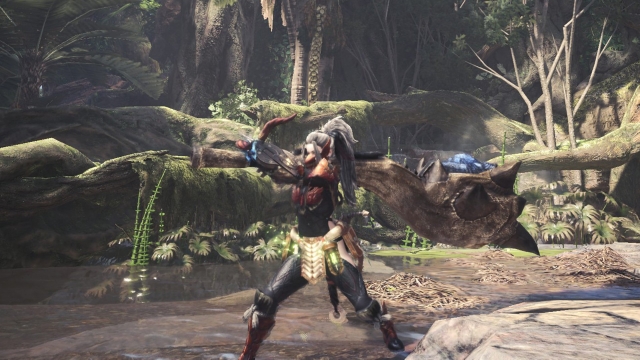 We don’t want to fool you, this weapon is a complex one. It’s not fast, and it doesn’t exactly have a way for you to deal more damage than other, much better, weapons, but it’s a lot more fun than anything else you could be using.

The best way to cause damage is to smack a monster in the head, anywhere else and the damage isn’t really worth the danger. It might be comical to watch your beefy hunter slam a giant instrument into a monster over and over again, but unless you’re actually causing damage you’re going to do little more than slightly annoy it.

Mercifully the Hunting Horn has a longer reach than other blunt weapons, like the Hammer. This means that you don’t have to get quite as close to the biting end of a monster in order to deal maximum damage. The fact that it deals blunt damage also adds a better chance to stun monsters when you hit them in the head.

Last but not least, you can’t block with the Hunting Horn. Instead you need to rely on dodging, which is tricky if you’re used to blocking all incoming damage. Get some practice in before you go into some really challenging hunts.

What you need to remember with the Hunting Horn is that each attack is a note played. These notes build up to combos, which are songs that have a specific buffing effect on you and nearby hunters.

There are a number of melodies that you can play with the Hunting Horn, but you need to play the notes in the correct order. It’s worth studying the moveset prior to heading into a hunt, just to ensure you know the best healing song and damage buff tune.

The effects of melodies can be played or stacked. Playing them will activate their effect, but stacking them will add them to your ‘set list’ so to speak. You can stack up to three tunes, but be mindful of what they are. The oldest song will be pushed out first if you add a new track to the set list, so keep an eye on what you’re playing.

Everyone Loves An Encore 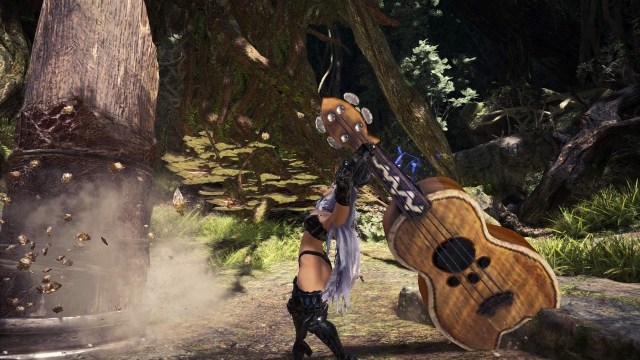 Pressing the play button on your song before it ends will activate an Encore. Sometimes the Encore will stack the effects of a song, or it’ll just lengthen the amount of time that it’s active for. This is particularly helpful if you’ve just healed your entire team, and the monster has immediately devastated them with a massive tail sweep.

The Horn Dictates The Buff 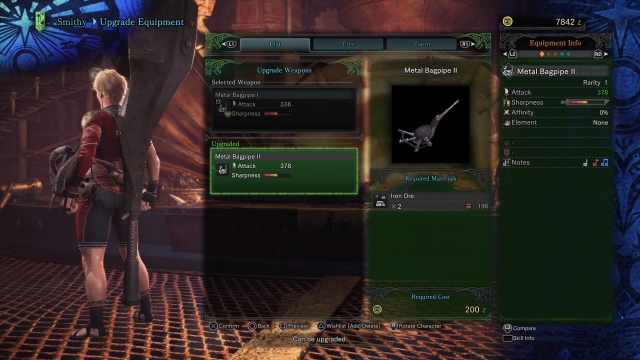 Different Hunting Horns provide different types of buffs.You need to check the notes in the equipment screen before a hunt so that you can see what buffs your Hunting Horn provides. If you want to be able to support your team with healing over damage, craft a Hunting Horn with those notes. You can check the notes and buffs when you’re viewing the ridiculous Hunting Horn crafting tree. 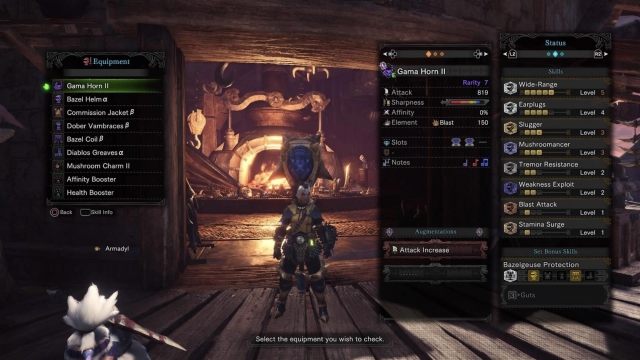 When you land a head smash with the Hunting Horn, it deals huge damage. You can capitalise on that damage by choosing the right skills for enhancing the power of your attack, and the chance that the monster will be stunned. Of course, you can gear your skills for improved melody duration, and a number of other things as well.

Tips For Playing The Hunting Horn The most important aspect of wielding a Hunting Horn is knowing the melodies. Take some time to practice these and figure out which ones are best for the team in each situation. You could use the practice mode, but we’d recommend heading into some less challenging hunts, where it won’t matter as much if you don’t know exactly what you’re doing.

You can stack three melodies in your set list, so do it. It’s an efficient way to build up a big attack buff if the team is heading towards the final encounter with a monster. Likewise, you can sneak in an attack buff, and a healing song into one single move, allowing everyone to push a bit harder for longer, and hopefully finish the fight faster.

If you’re hitting the monster, hit the head. Your attack doesn’t matter anywhere else, so make it count if you’re going to be slamming your giant horn around the place.

Finally, keep an eye on the buffs that your other team members already have in play. You don’t want to be giving them buffs that won’t count, you want to be supporting them. If everyone is already healed up, focus on attack buffs. But if everyone has just sharpened their weapons and is going in for the kill, stack up a couple of healing melodies so that the effort ends in a win. 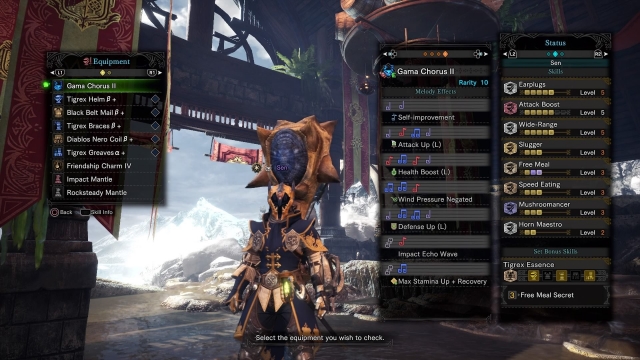 We hope those tips are useful, and manage to keep you alive in the battles to come with you and your Hunting Horn at your side. Remember, this is a musical instrument first, and a weapon second, so act like an army musician and support the people doing the real fighting.

Try not to make guides for weapons ur bad at