While there are a variety of weapons on offer for hunters to use in Monster Hunter World, few are as versatile as the Charge Blade. This weapon has two modes, a sword and shield combo that brings more speed to the table, or an axe mode that sacrifices that speed for huge damage. 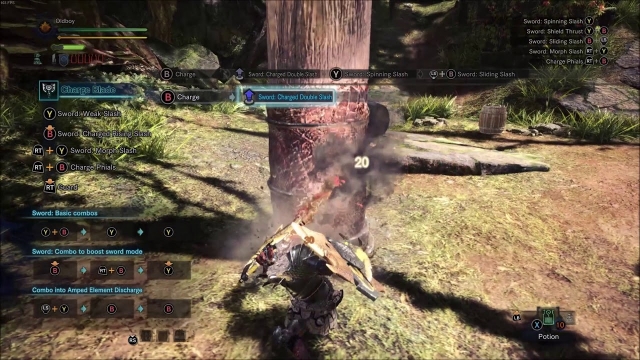 When using a Charge Blade you’ll notice that you now have access to Phials. These are effectively batteries that you must charge (haha) by attacking monsters. You can only build up a charge while using your weapon in sword and shield mode. Hitting monsters in this mode will fill up each of the five Phials, which can then be used in a couple of ways.

The first thing to know about Phials is that they come in two different types. Impact Phials will increase the damage you deal, as well as the chance you have of knocking down a monster. Elemental Phials will apply an elemental attack to your weapon, boosting it against monsters that are weak to that element.

In sword and shield mode, Phials will boost your shield’s defence power. This could allow you to get in closer for more quick hits, blocking whenever a monster starts to attack. In axe mode, the Phials increase the already greater attack power, making it possible to land blows that could cripple a monster. 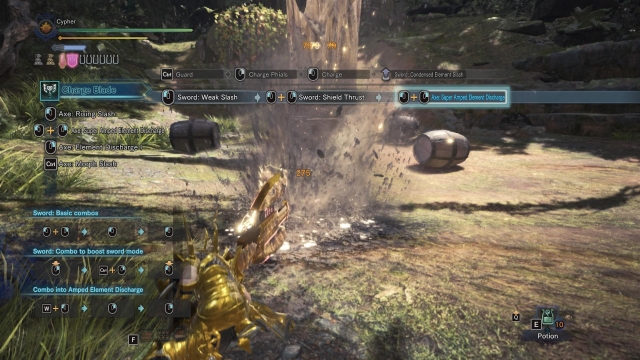 The Phial icons are below your weapon’s sharpness icon in the top left of the screen. You’ll see the energy charging in them as you attack in sword and shield mode, changing from white, to yellow, to red, and finally to overheating.

Try not to let your Phials overheat, this happens when too much energy is stored in them. Overheating your Phials will cause your Charge Blade to bounce off of enemies, no matter how sharp it is. To avoid this you can move the energy out of the Phials, into your shield or axe for example, depending on your current attack mode.

When you’ve charged enough Phials, buff your shield. You’ll know you’ve done this because the shield will glow, and a shield icon will appear next to your Phials. You might think that it’s worth holding onto your Phial charges until you’ve filled them all, but as I’ve already mentioned, that can lead to overheating. 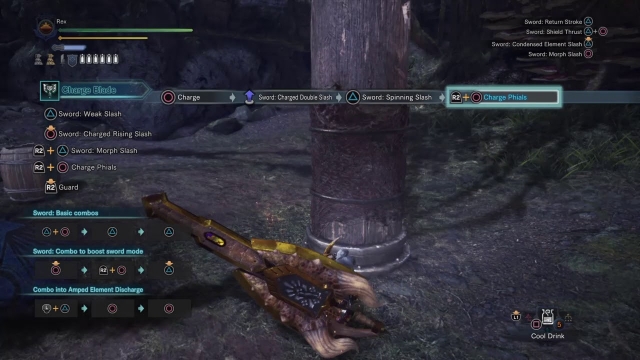 Even if you buff your shield with a Phial, you should be able to fully charge them in a single encounter with a monster. From there, you should switch to axe mode and use heavy attacks to discharge each Phial, dealing a colossal amount of damage. These attacks are best reserved for when you have an opportunity to land at least two on a monster, just remember that they’re slow to pull off. 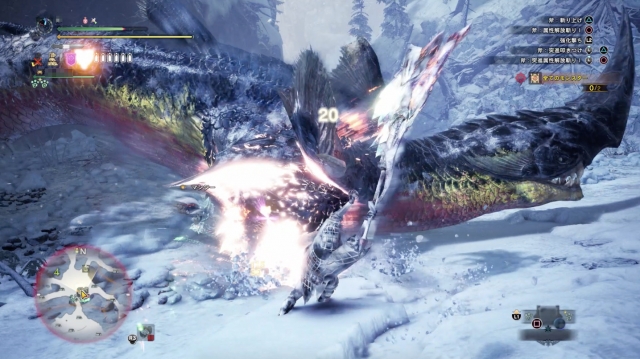 Guard Point is a unique ability for the Charge Blade. Mastering this move, and how it can help you, is imperative for higher difficulty hunts. Effectively, Guard Point is what you see medieval soldiers doing in movies. When you attack in sword and shield mode, your shield will, at times, be in front of you whilst you swing your sword. At these points, when the shield is facing an attack, you can use it to block, opening up a window for a counterattack.

The best time to use Guard Point is during the attack animations that move the shield closer to this key position. Some attacks and combos are better than others, but you can move the shield into position with any attack, it will just take longer in certain cases.

Timing is key for Guard Point, so get some practice in with your Charge Blade in sword and shield mode so that you’re aware of when the shield will be in front of you. You can’t manually force the shield into place, other than with a specific attack or combo, but with time you’ll come to learn where and when your shield will be available for Guard Point.

Use Skills to Boost Attack Damage 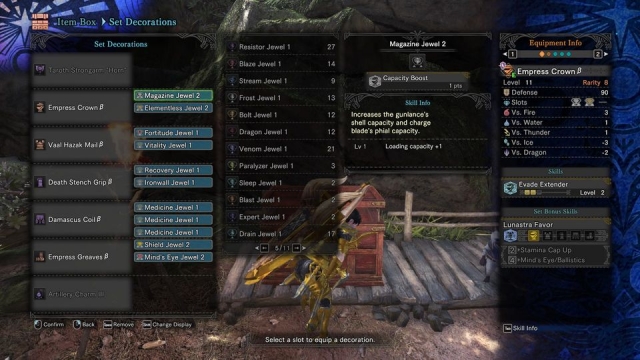 The best skills to equip for the Charge Blade are those that will increase your attack power. Use sword and shield mode to fill those Phials as quickly as possible, but then change to axe mode and use the Phials to deal as much damage as you can in the windows of opportunity you get. 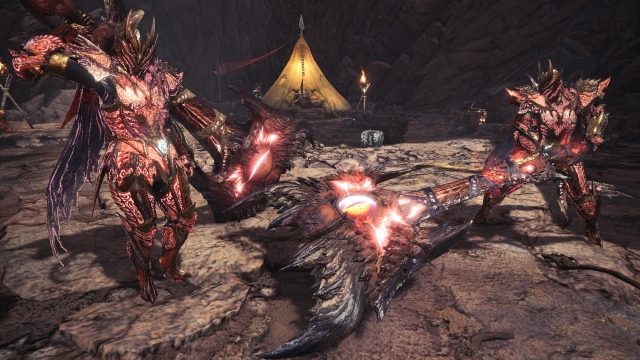 Unlike other weapons, there’s a pattern you should follow while using the Charge Blade. First, you need to attack monsters in sword and shield mode to fill up your Phials. Then you should strengthen your shield with a Phial, allowing you to fill up the remaining Phials you’ve used whilst being slightly more protected from incoming damage.

Then you should switch to axe mode, and use your Phials to boost damage when attacking a monster. After you’ve used all of your Phials in an onslaught, repeat the process until the monster is down. 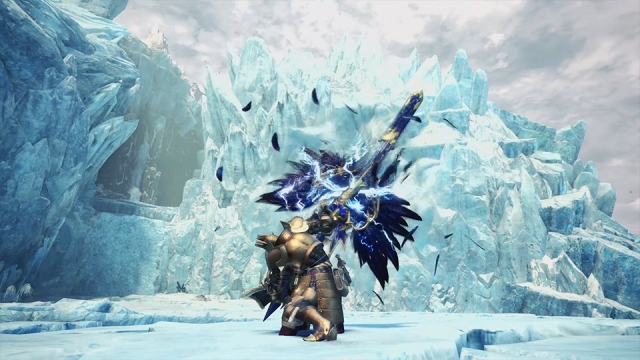 Like most weapons, Charge Blades have been hit with an update since Iceborne released. Unfortunately, the weapon has been weakened somewhat overall, but it’s still a viable choice for any hunter. One of the largest new Charge Blade features in Iceborne is Power Axe mode. This is a supercharged axe mode for the Charge Blade, and allows you to deal increased damage without relying on Element Discharge. It also adds a few new moves that will keep the pace going in battle where it dropped before. This mode uses Phials, so keep an eye on how much charge you have beforehand if you want it to last for a long time.

There you have it, the Charge Blade. We hope you find these tips useful for heading out into the field and killing as many monsters as possible. The Charge Blade can seem like a daunting weapon because of its mechanics and multiple modes. But much like that instrument you’ve been learning, once you have a general overview of how it works, you can freestyle and make it your own.