Lances in Monster Hunter World are among some of the most ridiculous looking weapons you can come across. Each Lance comes with a shield, but it’s more the fact that your hunter is wielding a giant toothpick that makes them look insane when heading off to fight a huge dinosaur.

The Lance is an incredibly precise weapon in Monster Hunter World, and it has one of the best blocking abilities in the game. That precision can be put to good use when targeting a monster’s weapon points, consistently landing high-damage hits that will help you and your team take it down faster.

While the Lance has fantastic attack power, it would be useless without range. Luckily the Lance has range to spare, allowing you to reach any monster’s head when standing in front of it. That range is also great for jabbing a monster in the hind as it attempts to make a quick escape. 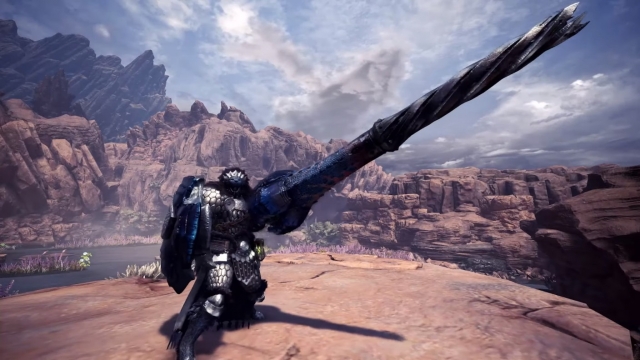 The key to using Lances has to be Guarding Attacks. These are super effective against all monsters, and can even absorb some of the damage that would otherwise have put you down. The Lance’s shield has a gap in the top which lets you mount the Lance and jab at monsters. When a hit does come your way, that shield will take a good chunk of the blow for you.

Not only can you block while attacking, but you can also charge up your counter attacks with the Lance. This move is called a Counter-Thrust, and outright protects you from any incoming damage, whilst dealing a huge amount yourself. A non-charged variant can also be used, but it won’t deal nearly as much damage. You can pull these moves off by holding both attack buttons, then pressing just one of them.

Among the Lance’s guarding moves is the Guard Dash. This is a move which will protect you whilst also closing the distance between you and your target. You can pull this move off and combo it with a Leaping Thrust, or Shield Attack, maximising both your movement and damage output.

It’s not just Guard Dashes though, Lance users can Dash towards a monster whenever they want. The Dash will move you forward a considerable distance, closing that gap again. These Dashes can also deal damage to a monster. If you manage to target these moves correctly, you can end up downing a monster just as it’s about to get away. This will leave the monster open for more hits, and give your team plenty of time to catch up.

Overall, Dashes make the Lance one of the best weapons in the game for mobility. You can Dash in any direction, even backwards, meaning that you can be up close and personal with a monster for most of a hunt. However, this can be a curse if the monster has a decent Area of Effect attack that they can pull off at close range. 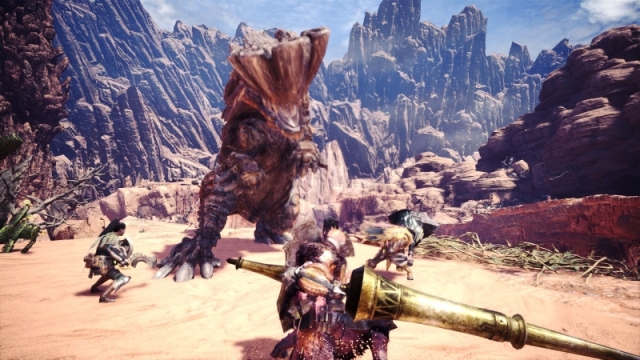 The strongest block that the Lance has access to is the Power Guard. This move will immobilise you, but it’s worth it because all incoming damage will be blocked. With that said, this move does consume stamina, and if you don’t have enough then you’re going to be sent flying. For this reason alone it’s worth keeping on top of your stamina, so cook up some meat before you head out in search of a powerful monster.

Outside of Dashes, the Lance is a slow weapon to attack with and sheathe. If it looks like a monster is heading your way, always block, guard, or Dash out of the way. Never try to sheathe the Lance in the face of danger, because that danger will hit you in the face.

The attack speed might be slow, but only compared to some of the fastest weapons in Monster Hunter World. You’re better off trying to lunge at a monster for attacks, rather than getting right up close for a powerful head jab. It might not seem like the most optimal way to use the Lance, but it’s the best. At least until you’ve learned the attack speeds and patterns properly.

Whereas with most weapons in Monster Hunter World you want to tailor skills to increase attack power and speed, with the Lance you’ll want to increase Guarding Performance. Of course you can still push that attack power, but you can deal damage while Guarding with the Lance, so it makes more sense to lean into that aspect of its stats. The best tip I can give you for the Lance is to always aim for the head. If the head isn’t available, learn about the monster you’re hunting, and aim for the weak spots. The Lance has enough range that it can hit most, if not all, weak spots, so it shouldn’t be too hard to get comfortable with dealing high damage easily.

I’d advise you to avoid dodging entirely. Once the Lance is out, use it as much as you can, unless the monster flies off somewhere and you have to sheathe it. The Dash attacks are more than enough to keep you close to the fight, so there really shouldn’t be any reason to sheathe the weapon and go for a jog. If you’re running too much, your stamina will take a hit, and you need that to Guard. 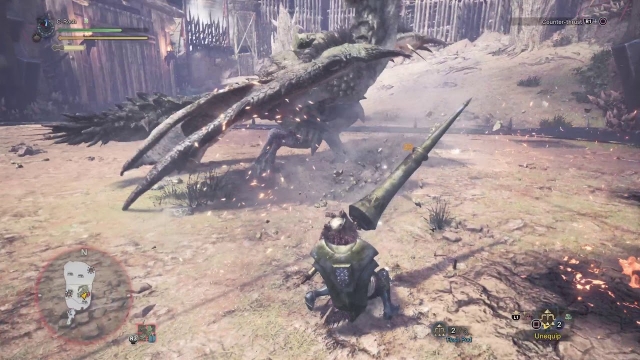 The Lance didn’t see too much of an update with Iceborne. However, you can now fire Slinger ammo from behind your shield with a move called Guard Shot. It’s not a fantastic attack, but it is another way to deal damage from a safe zone in the heat of battle.

As with all weapons, the Lance now benefits from the Clutch Claw. With the Lance, it’s fairly useful though. Yes, it will get you up close to a monster quickly, but the Lance takes so long to equip that you’ll be on the ground or on your own by the time you’re armed. Instead, use the Clutch Claw as a counter to an attack. This will get you back in the fight quickly.

That’s all there is to know about the Lance in Monster Hunter World. Don’t go into a hunt with the wrong idea, this is a slow weapon with massive range, and you’re going to look stupid using it. Just bear in mind that Lances were used by knights in jousting competitions, and try to act as they would. Hold firm, aim for the head, and for goodness’ sake don’t take your helmet off. Even if it gets dented.