The Dual Blades are known for being one of the fastest weapons in Monster Hunter World. They can be used to attack ridiculously fast, and allow hunters to dodge and weave with far more agility than other weapons.

This weapon is also the best for inflicting an elemental status effect. Hunters can attack quickly and pile on the hits until the monster is inflicted with the effect, dealing huge damage if they’re particularly weak to it. If you’re struggling against a particular monster, then as the Dual Blade user it’s worth trying to get a status effect in place as soon as possible in the encounter.

Above all else, it’s important to remember that Dual Blades deal low damage with each hit. They make up for this by being so fast, but if it’s not possible to get a lot of hits in, then they can appear weak. Demon Mode is a powered-up state that Dual Blade users can enter. It makes Dual Blades deal more damage and hit even faster while active. The gauge is filled up with every hit landed in Demon Mode, but as a Dual Blade user it should be stored until the opportunity to get the biggest combo in on a monster is presented.

Demon Mode will use up a hunter’s stamina, and that can be a big problem if you’re not paying attention. The stamina bar will increase in size with certain effects from food, so be sure to eat a meal that will boost stamina as much as possible before heading out on a hunt. If the stamina bar is depleted when Demon Mode is activated, then hunters will have to wait until their stamina recovers before they can attack again. 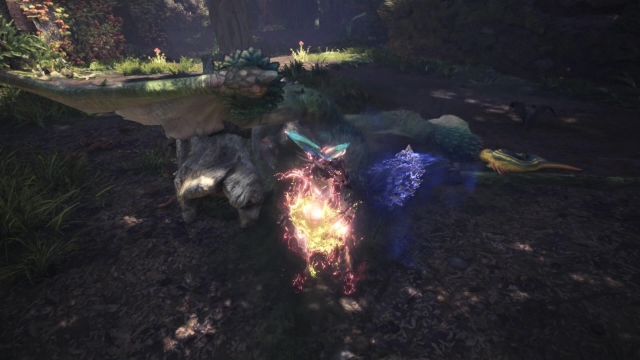 Don’t enter Demon Mode with low stamina, no matter which point in the fight you might be. Wait until your stamina is full, then activate it.

A good basic combo for Demon Mode, that will also build up the Demon Gauge, is triggered by first activating the mode with the relevant button, then using four normal attacks, followed by a power attack. It can take some time, but this combo will end with a Blade Dance attack that is well worth the effort.

When there’s some distance between a hunter and a monster, that distance can be covered alongside an attack combo. Activate Demon Mode, then use a power attack, a normal attack, and a final power attack. When possible, try to aim this attack towards the monster’s head or tail. When the monster is still, lying on the floor, asleep, or paralysed for example, a good attack combo can be achieved by hitting power attack, normal attack, and power attack again. This creates a Demon Flurry, dealing huge damage without using up stamina.

Archdemon Mode is a special mode that Dual Blade users can enter if they fill up their gauge until it glows. As you’d expect, this only further boosts the attack power and speed of the hunter, but there are also some moves that can only be accessed while in Archdemon Mode. One of these moves is Heavenly Blade Dance. 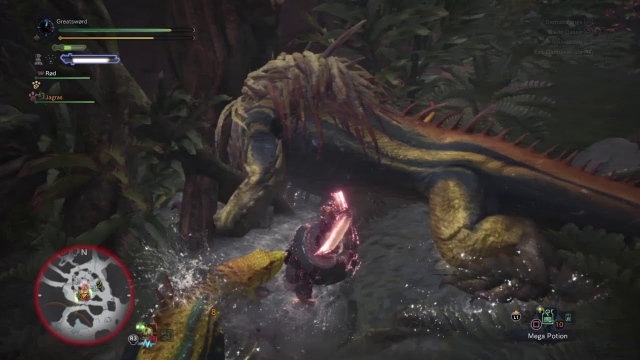 To activate Heavenly Blade Dance hunters need to be jumping at a monster, or sliding towards it down a slope. The move can only be used in these two instances, and it does a lot of damage. Hunters should always be aware of their surroundings, and try to use high ledges where possible. The Coral Highlands have plenty of places where this move could be used advantageously.

When a monster isn’t moving around too much, or is sleeping, a great combo for Archdemon Mode can be achieved by activating it, using a power attack, then four normal attacks. This will deal massive damage to any monster, and looks fantastic. 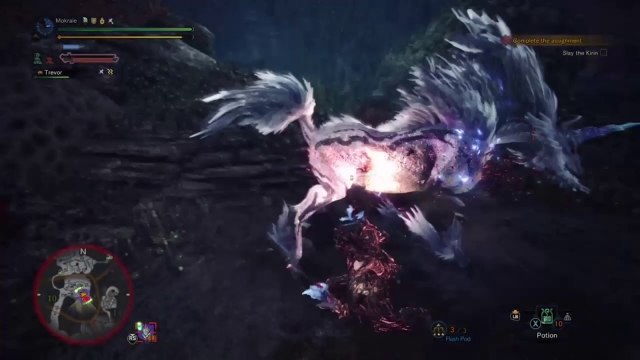 With Iceborne’s launch came a number of upgrades to various weapon types in Monster Hunter World. However, it looks like Dual Blades were hanging out at the back when those upgrades were being handed out, because they didn’t get the elemental and status boosts that most other weapons did. As a result, Dual Blades take a bit of work before they become a really powerful addition to your hunter’s arsenal. Iceborne did however add some brand new moves to the Dual Blades that are incredibly useful for any sort of monster battle.

For example, Dual Blades can still evade monster attacks without putting too much distance between the two of you. By adding Slinger Burst into the mix, it’s possible for Dual Blade users to evade and then counterattack a monster using short-range hits that deal massive damage. Note that you can only counter attack with a normal attack, so if this is your strategy, avoid using a power attack right before you use the Slinger Burst.

The Clutch Claw is a brand new item added with Iceborne, and it can improve the attack power of Dual Blades. When you attach the Clutch Claw to an enemy, it adds a rotating slash attack, dealing more damage than other weapons. In addition to that added damage, monsters can also drop Slinger Ammo from this attack. 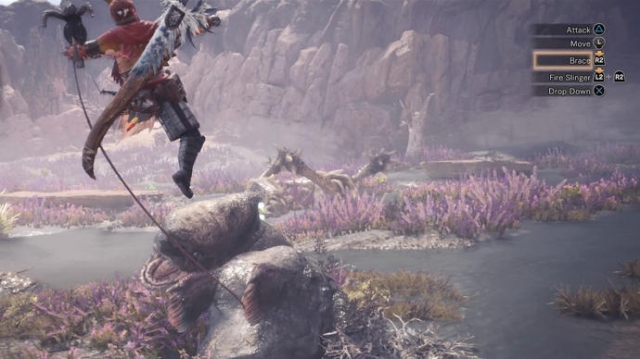 While in Demon Mode it’s possible to follow up your second Left Roundslash attack with a Clutch Claw attack. Any part of the monster you manage to break will deal additional damage on top of the moves you’ve already made.

These tips should help you get to grips with Dual Blades, arguably one of the best weapons in Monster Hunter World. Some very powerful Dual Blades can be crafted with the right materials, but they’re useless if you don’t know what you’re doing with them. Hopefully now you can make the most of them, including the upgrades seen with Iceborne.