So, you've picked up Sniper Elite 5 and don't know anything about the franchise? Yeah, same! After hearing just a little bit about the game, I was convinced to give it a shot, and I did not regret it! Since I didn't know much about the franchise, I found myself making stupid mistakes. To better avoid those, here are 10 tips & tricks to get you started on Sniper Elite 5! 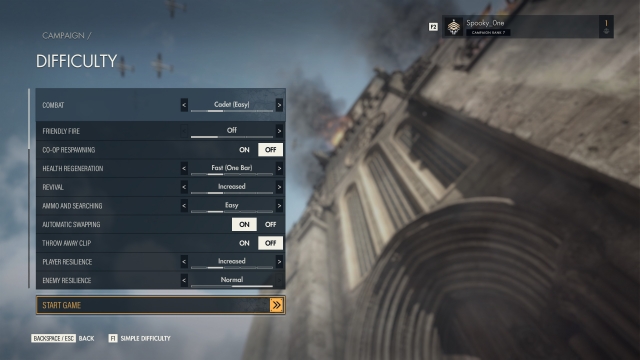 Upon booting the game, Sniper Elite 5 offers you a total of five preset difficulties to choose from and a whopping 29 unique settings to change. This lets you alter enemy AI, enemy damage, player resistance, and even HUD elements!

Although playing with the customisable difficulty can be exciting to have the right settings, I recommend you play in Sharpshooter first and experiment later. Not only are Cadet and lower too easy but anything above Sharpshooter might be too difficult. Once you've got a feel for the game, tweak the settings according to what you learned! 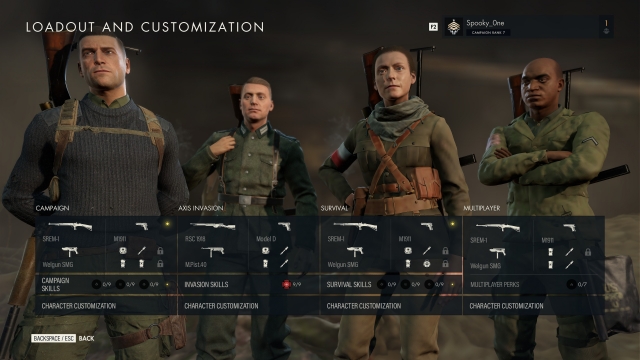 Trust me, I understand the fear of facing an invasion PvP game mode; I had to deal with that in DEATHLOOP when Julianna started getting too chummy in my runs, and I faced plenty of invaders in my first DARK SOULS playthrough with a friend. I understand how nerve-wracking invasion PvP can be.

All that said, I think trying out Sniper Elite 5's invasion PvP mode is something that everyone playing the game should do at least once. After facing my fears and struggles with it, I swiftly learned that invasion PvP is probably one of my favourite modes, and I was ecstatic to have it available in this title too! 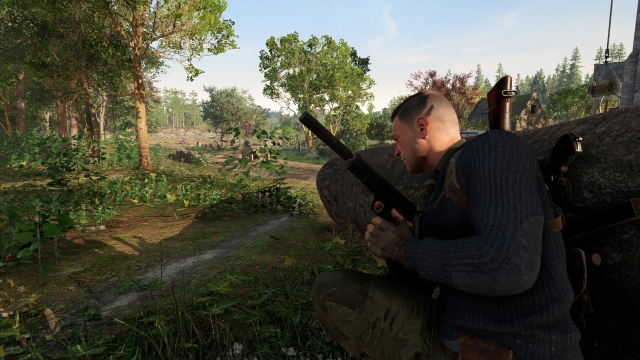 I get it, Sniper Elite 5 is a sniping game and you should play like that. But just because the game has "sniper" in its title, doesn't necessarily mean you have to play as one.

Although the game is greatly optimised for sniping, you can take down enemies through melee takedowns or use other guns that aren't rifles to kill them. If you want to rush in head-first, it's your call. If you want to play as a sniper, that's your call too! Learn what you want to do and stick to it; it's the best way to have fun! Sniper Elite 5 has a big emphasis on exploration; not only can you encounter side missions to complete, but you can also find collectibles or even preferable vantage points to take your enemies out. Plus, the scenery is gorgeous!

Trek out into the stunning French environments and look for things. Sure, collectibles and side missions are great (especially for EXP and completionists), but more importantly you can find workbenches that teach you recipes for rifle parts. In the second campaign mission, you can find your first suppressor! 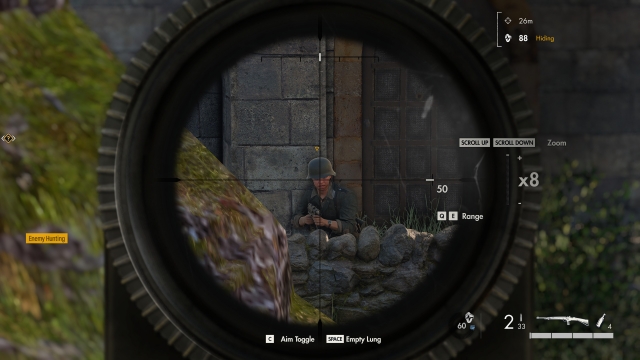 Every time you kill an enemy Nazi, they'll drop a gun. These guns have an orange-hue background that helps you better identify them as Nazi weapons rather than your own. These weapons often have very little ammo, and it might be tempting to try to save them for the right encounter, but don't; you can't even stow them.

Instead, use them to have fun; they tend to have incredibly powerful bullets, but they run out of ammo quickly and Karl Fairburne drops them after practically every action. Go crazy and shoot everyone with them; it's nice not to have to worry about ammo for once! 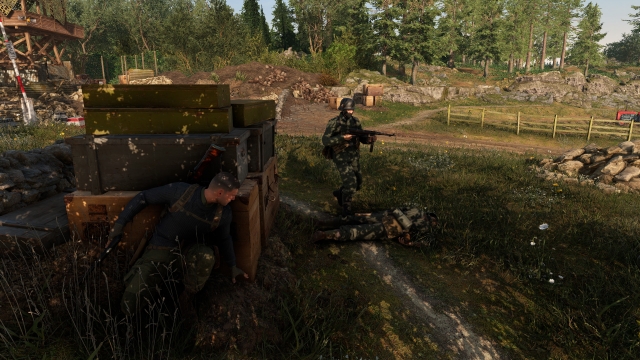 This is a variable tip, as it heavily depends on which difficulty you'll be tackling the game on as well. Players in the Sharpshooter difficulty with moderately good aim should be able to keep a fully-reloaded weapon almost at any given point.

Since I recommend playing in Sharpshooter difficulty, this tip applies with that setting too; you won't need to search everyone. Although enemies drop bandages, medkits, and grenades, you should be well-stocked with them soon enough, and looting them might be a waste of time. If you have the patience to do it, go for it! But otherwise, feel free to skip it and only do so when necessary. 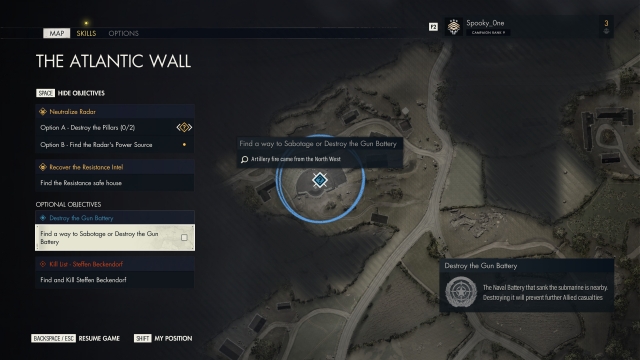 Naturally, this seems a bit obvious, but I still decided to add this because I know how many people might not want to do them. I think side missions are an important part of the experience for Sniper Elite 5, as it works a lot as the main content present in the campaign.

Play through the quests, explore on the way to your objective, and you should find a side mission or two to complete. These don't take too long, offer a lot more fighting, and will ultimately increase your level in the long run, which should allow you to unlock handy perks.

#8 — Use the tagging system to indicate where you've been, and use it sparingly 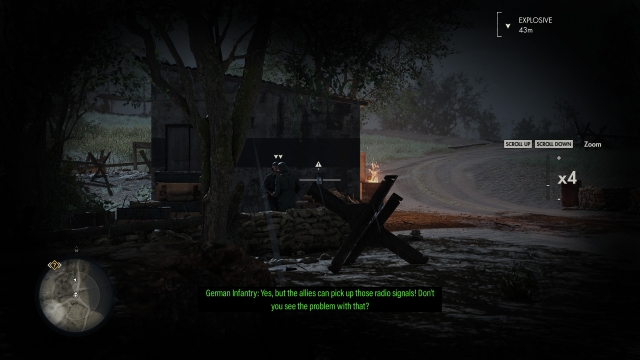 Instead, try using your tagging sparingly, and use it to indicate where you've been. The campaign maps are quite large, and you might get lost as to where you've been and explored; to remedy this, use a tag for an item nearby to tell your future self that you've already been there. 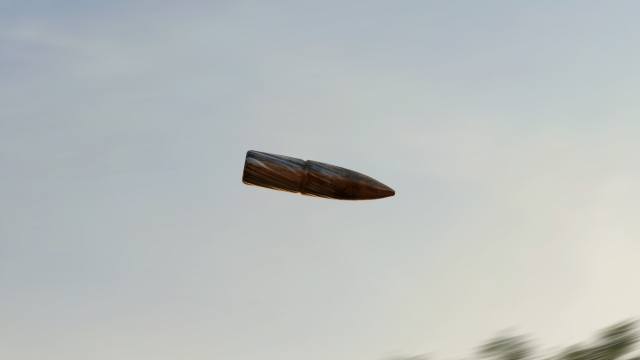 I know you can disable the bullet interacting with gravity and wind, but I don't recommend you do that, at least not right away. Try out the intended Sniper Elite 5 experience first and, if you decide you don't like it, feel free to remove it afterwards.

I think it's important to try out the sniping because it really adds to the realism factor along with making it incredibly gratifying when you land a kill shot from very far away. This gratification makes Sniper Elite 5 all the more enjoyable because succeeding a shot is a phenomenal experience. 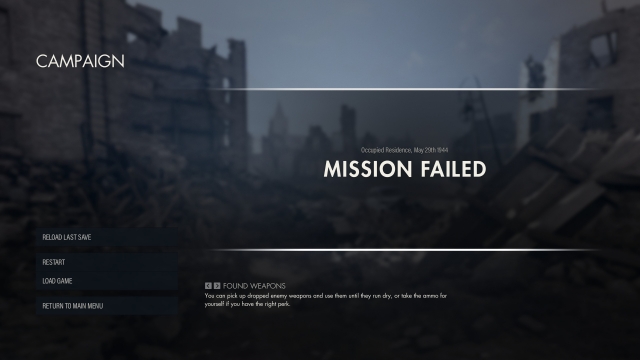 Sniper Elite 5 is the perfect title to just have fun with. Play the campaign and set the NPC enemies to be weak for an easy Nazi genocide, or make the game extremely hard and see how much you advance; the options are there to experiment. Even if this is a "sniper" game, if you prefer to charge into battle, you should!

Games are meant to be fun, and very few games give as many opportunities to customise your experience quite as Sniper Elite 5 does. So take advantage of the option, and have as much fun as you can with the game! Disregard "sniper" supremacy, and play your preferred way.

That's it for our 10 tips & tricks for Sniper Elite 5! Did we miss anything? Feel free to let us know down in the comments below; I like to consider myself a novice until I've finished the game, so I know there's still plenty for me to learn!

What Are the Difficulty Options in Sniper Elite 5?