Recently, to celebrate Xbox’s 20th anniversary, the Halo Infinite multiplayer was released way ahead of the campaign’s 8th of December release date. With servers currently flooded with Spartans both old and new, I think it’s time to give a run down of every weapon in the game.

I highly recommend for all-new Spartans to go through the Academy. It'll give you all the basic knowledge you need, and weapon drills will give you the chance to test out all the weapons in the game. If you want some real experience but afraid of facing other Spartans, you can set up a match with A.I. Be warned, Spartan difficulty bots aren’t going to give you an easy win.

So here is a rundown of all the weapons in the game and suggestions on how you should use them. 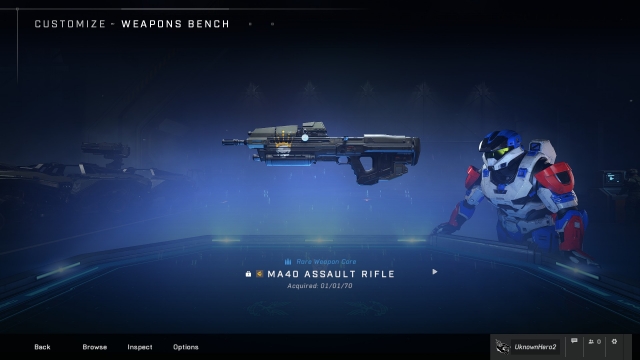 A mid- to short-range gun that’s reliable in many situations, but should probably be replaced after finding a Battle Rifle or a Commando. The assault rifle can reliably kill at its ranges, but anything outside of it and you’re probably screwed. In close quarters, once your opponent’s shield is down, a quick melee should finish them off, which is much faster than spraying bullets. 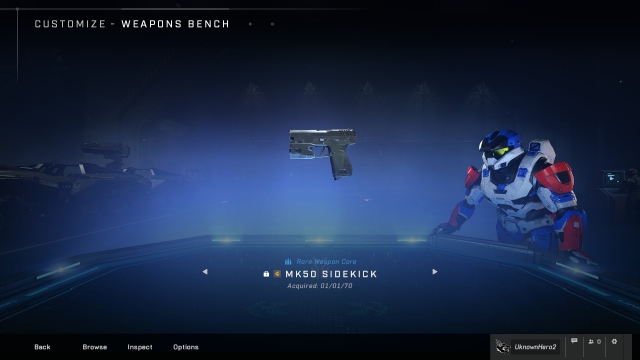 A gun that isn’t meant to be a primary unlike Halo: Combat Evolved’s Magnum, but can handle itself unlike Halo 2’s Magnum. It’s capable of dealing a headshot, instantly killing an enemy once their shields go down and you usually start a match with it. Dump it if you come across something better, but keep it on you if there isn’t. An all-round good weapon that does best at medium- to long-range. There’s nothing really wrong with it other than the need to keep your distance and land headshots consistently. There’s a reason why you start with it in Ranked. However, be aware that looking down scopes will cause a glint of light to reveal your position. This applies to every scoped weapon. Not quite your classic Halo shotgun replacement. It has a much longer range than the usual shotgun, but doesn’t quite kill in one shot and its spread gets worse the further it goes. This is a defensive weapon, not meant for scoring kills, but to shut down enemies from their objectives. An automatic rifle that can kill at longer ranges. Do not treat it like an Assault Rifle; holding down the fire button will increase recoil, making it harder to aim. Feather your shots with this one, and aim for the head. 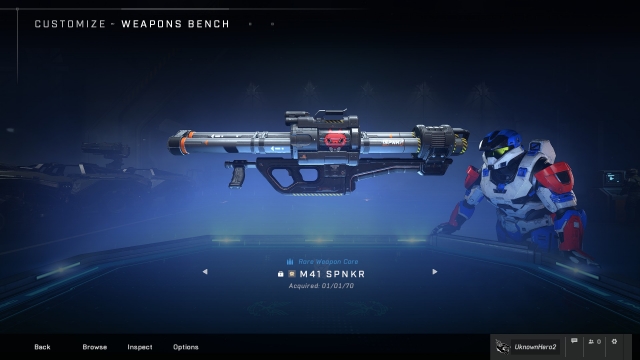 It won’t spawn in every match like every power weapon, but the SPNKR Rocket Launcher is back and better than ever. It can kill multiple Spartans and vehicles; however, you can’t carry more than six rockets so use them wisely. Its kill radius isn't as large as you think, but it will kill you if you fire it too close to yourself. This requires a bit of skill to use, so account for travel time. Its best use is to destroy slow moving vehicles. A rapid fire weapon that has two modes. One fires missiles straight ahead, the other causes missiles to home in on targets once you've got a lock on them. Each mode has situations where it could be useful, although I prefer using the homing mode on vehicles. 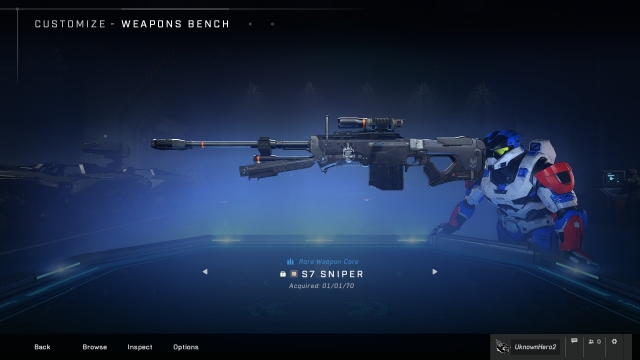 A long-range power weapon capable of headshots without needing to bring down shields, but it still hurts if you hit anywhere else on the body, too. Camping is a legitimate strategy for this weapon, just make sure you have a good line of sight (a Grappleshot should get you into some nice places fast), and if it’s available, grab an Invisibility power-up to make you that much harder to see; however, remember to move once your position is compromised. The Sniper Rifle completely falls apart in close range. Also, don’t be afraid to use it on vehicles—use it to shoot out the tyres.

A brutal weapon from the Brutes. It has a slow reload and few shots, but is frighteningly accurate, being able to snipe anything from a distance. This will kill a Spartan outright… if you’re accurate enough. If you can’t aim very well, you’re better off using it against Warthogs and Ghosts—it sends those things flying. Preferably off a cliff. 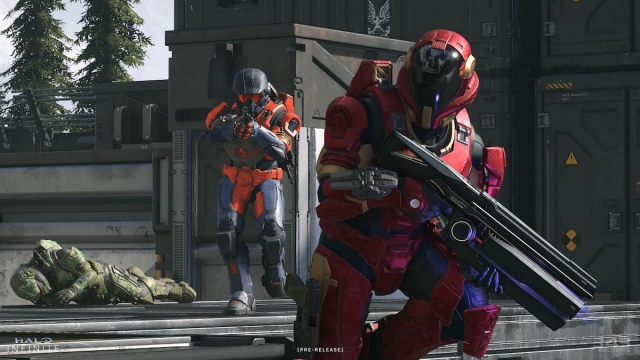 A weapon made of Promethean technology with projectiles that bounce, and one of the few weapons with an alternate fire mode. Landing all vertical shots guarantees a kill, but fire the gun in horizontal mode in close quarters and it can flush out a room. 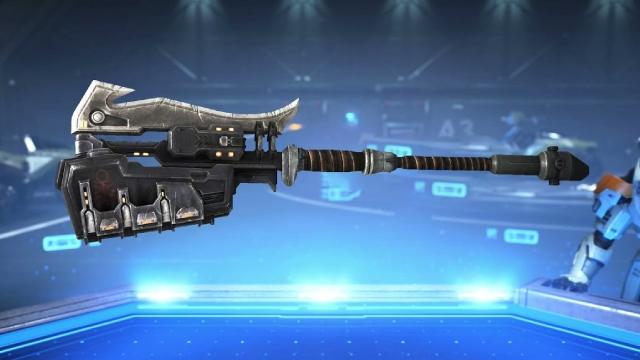 High-risk, high-reward weapons. The Energy Sword is fast and able to lunge at targets, while the Gravity Hammer is slower to swing but can flip cars. Both weapons encourage an aggressive playstyle, but most weapons can stop them before they can even swing, so keep a gun on you and learn when to pull them out. Grab a Grappleshot and be stealthy and fast. These should serve you well in the right circumstance. And watch for Spartans with Repulsors, they can throw you off a cliff if you’re reckless. 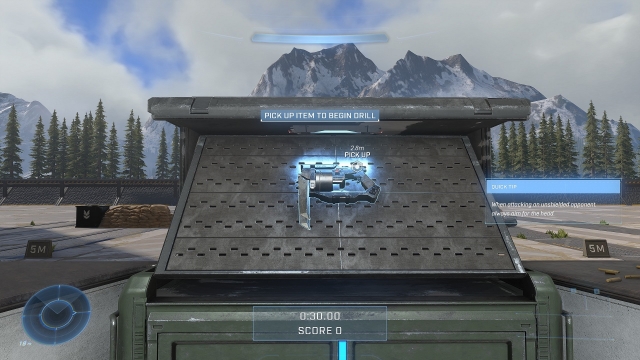 A powerful pistol more along the lines of the Magnum, but with a slow fire rate that punishes missed shots. It can work at a middling range, but you’re better off going up close and personal. 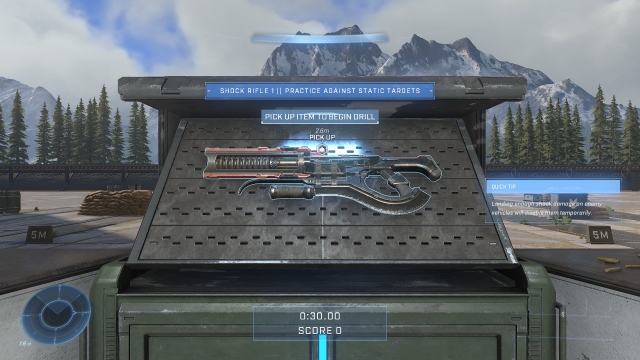 A precision weapon from the Banished, it can fire electrical charges from a safe distance. Three shots will shut down Warthogs, Wasps, and Banshees. However, it can take out Spartans just as easily. Be annoying and take potshots at any vehicles and players you see until you run out of ammo. 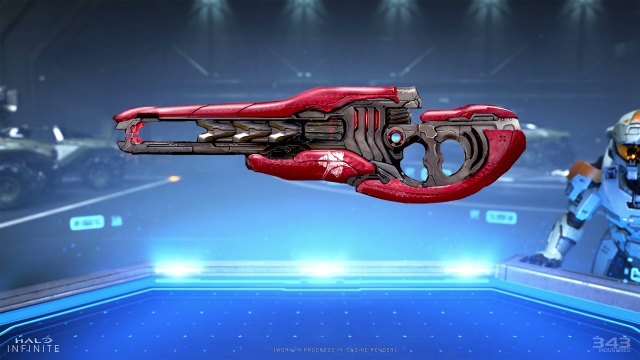 A sniper rifle equivalent, but with a higher rate of fire and slower projectiles. Firing seven shots in a row will cause it to overheat. You should probably treat it like a Sniper Rifle, but with the need to lead shots. 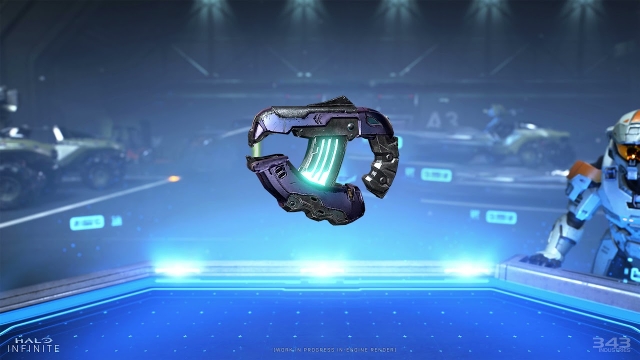 This is more of a utility weapon than a gun meant to score kills. It doesn’t do a lot of damage, but charge it and it becomes an EMP that fries shields. Unlike previous games, they do not fry vehicles, that role has been given to shock weapons like the Disruptor. Just don’t hold the charge for too long, wait for the right moment to use it, and then finish them off with your secondary. A burst-fire plasma weapon whose projectiles home in on enemies. Frying shields should be no problem thanks to it dealing plasma damage, but you better have a secondary weapon to finish them off. 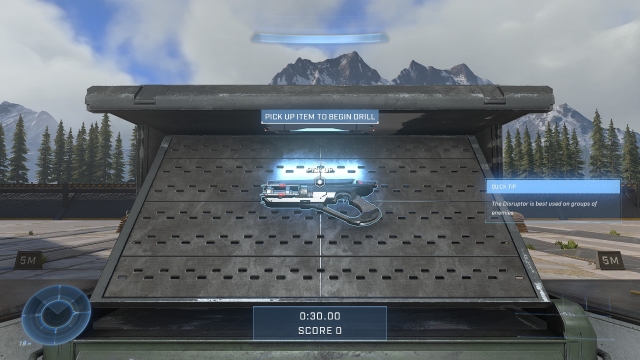 A quick firing pistol with the capability to EMP vehicles and deal damage over time. It can also arc to other Spartans, so annoy your enemies and try to hit them in groups. 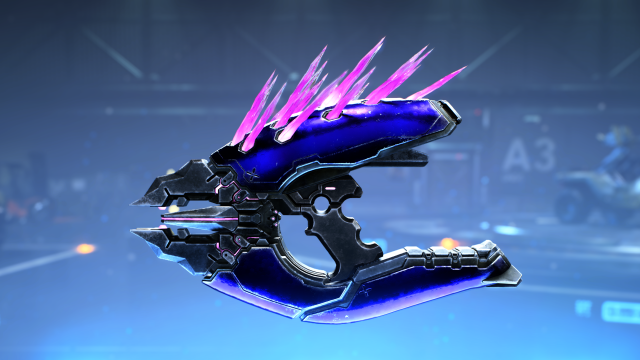 A Halo classic that hasn't changed much over the years. A weapon with homing bullets and a high rate of fire that causes unshielded targets to explode after several hit their mark. An annoying weapon to deal with, but fun to use against a group that stays too close together. 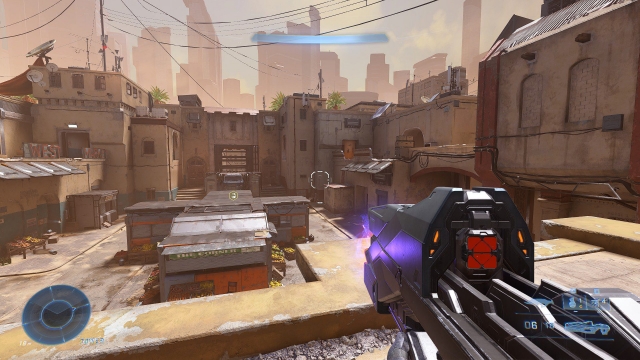 A power weapon that fires a projectile with an arc, but zooming in will allow you to guide it around. Completely ignorable at close range, but at anything further you can force other Spartans to run. However, you’ll need a clear line of sight, which will get you killed soon enough. Pick your shots and you’ll rack up those kills before you run out of ammo. A burst-fire plasma weapon with arcing projectiles, but holding down and releasing the fire button will cause it to shoot a pool of plasma. The heated plasma on the ground will cause damage, so use it in choke points and make things harder for enemy Spartans to escape or deny their advance on objectives for a little while. Meant to contain both the Flood and pesky Spartans. It won’t overheat like previous games, but you will need to reload it. It’ll take a few seconds to kill someone so keep it on your target, making sure to compensate for its recoil. It can also penetrate through targets, so if you have the opportunity, take it.

And that’s all the weapons… so far. Halo Infinite’s multiplayer will receive updates that will include new weapons like the classic Shotgun and the Magnum. The game’s weapon sandbox will change over time so be ready to adapt.

The GrinCast Episode 326 - Your Majesty I Do Apologise