Genshin Impact, the free-to-play game from miHoYo that not only gives you loads of content at no buy-in, but also managed to emulate that ‘climb anything’ feeling of The Legend of Zelda: Breath of the Wild, is a fantastic game.

Any new player should find it easy to jump in and get started right away. However, the game is pretty obtuse when it comes to explaining certain aspects. It becomes more complex the further you get into the game, which is why we’ve put together this little beginner’s guide. Hopefully it helps you power through Genshin Impact without coming up against too many barriers to progress. 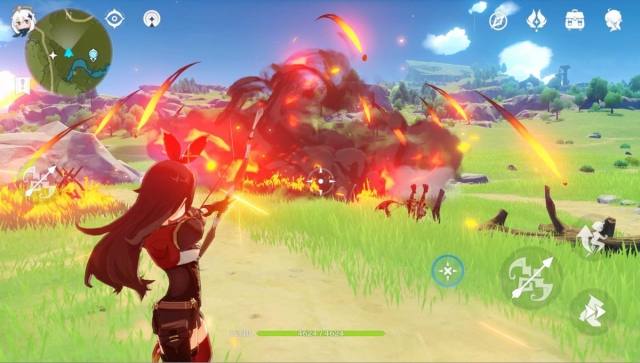 The protagonist of the story is the Traveler, a mysterious being that has been dumped into a world they don’t understand. You get to grips with this character pretty quickly. After all, they’re the one you spend the most time with. However, one of the core features of Genshin Impact is its characters. They even form a part of the game’s monetisation.

Early on in the story, you’ll unlock three additional characters to fill out your party of four. They each have a set weapon and element type. This is true of all characters, but it’s the synergies you create between them that allows you to succeed.

The game has some incredibly useful tutorials when it comes to combat and synergising the elements each character wields. Pay attention to these and you should find combat a breeze. I found that I developed a couple of go-to characters for the combination of their elements, but you might be able to work with all of them.

Outside of these initial three, you’ll earn characters through Wishes. You can buy these with real money, or work hard to earn the in-game equivalent. Each wish allows you to try to earn a character or weapon through a new ‘roll’. Effectively these are loot boxes, though they’re actually a style of loot box well known in Japan called ‘Gacha’. Essentially this is the term for any sort of system that you pay into for the chance to win a new hero or character. It’s more commonly used for figurines. Though they are also available to purchase in your local Sainsbury’s or Tesco. You could probably find the odd one in the mad middle aisle at Aldi too.

You can save up Fates to roll in quantities of 10. Fates are a type of currency that you can earn from anything, such as opening chests and conquering dungeons. They are also available to purchase via the in-game store. This is the most common way you’ll attempt to earn new characters. It gives you better odds of earning a new high-level character with each Wish that doesn’t award one.

The more characters you have, the more variety you can create in combat. There are over 20 characters in total so far, each of which offers something completely different. No matter who your team is made up of, you’ll find something interesting in the way they work together with their unique abilities. 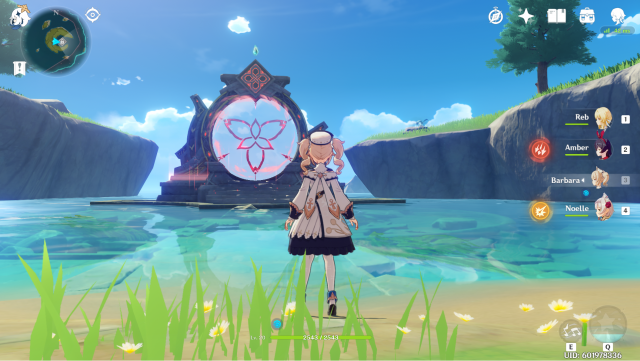 Genshin Impact’s world is massive. It’s also highly explorable. As I mentioned earlier, you can climb anything, and I mean anything. While you’re out in the world, use this to your advantage and reach every point in the distance that you can see.

You can unlock Shrines to open up more of the map, and activate Teleport points to make traversing traveled ground a lot easier. Shrines can be upgraded to boost the stats on your character such as stamina.

However, you can’t explore without coming up against some enemies. I’d suggest that you take on every fight that you can, providing that the enemies aren’t at a level that’s much higher than your own. With each battle comes experience and rewards, and that all plays into the other elements of the game.

I just love the world that miHoYo has created here. It’s unique and full of life. There’s something new to discover around every corner. Whether that’s a winery tucked away in the corner of the map, or a small town of creatures carving out a life for themselves. 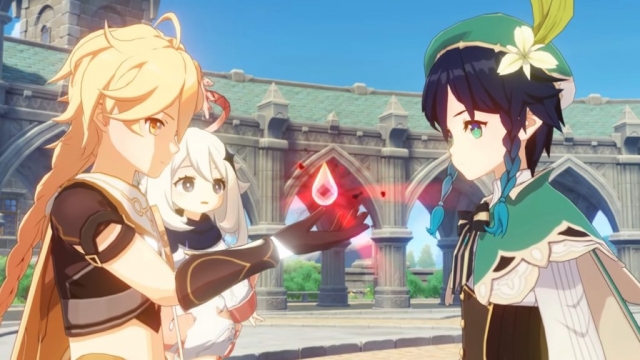 Next up is Character Level. This is tied to each and every character. You’ll level each one up through combat experience, but there are certain boosts you can apply. The higher your Character Level, the stronger that character will be. It’s pretty basic stuff.

Companionship Level is something you may not even be aware of. The higher it is, the more lore you can unlock for each character. This level won’t be worth grinding out for most players, but for those who want to be immersed in the world, it’s essential. You can upgrade this level by completing quests with certain characters in your team, providing those quests award Companionship. You’ll see this in the rewards section for a quest. 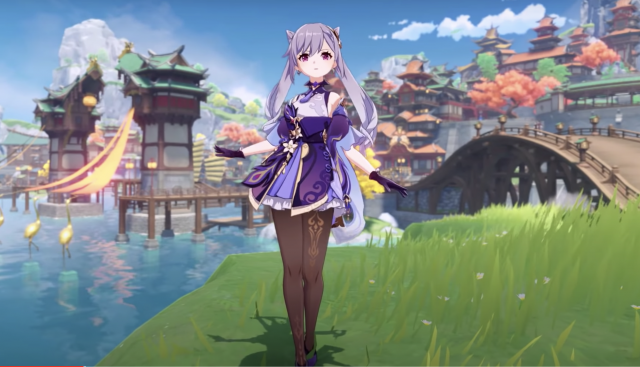 As I’ve already mentioned, this game does a great job of providing you with tutorials that help you understand the world and systems. Read as many as you can, because you’ll benefit from the small tidbits of information you get.

The same goes for the story. Play as much of the story as your level allows. Each story arc is like an episode of an anime show. You have no idea where it’s going at the start, but by the end it’s all rounded up neatly in a little bow. Completing quests also pushes Adventurer Rank, which you need to access more features in the game. 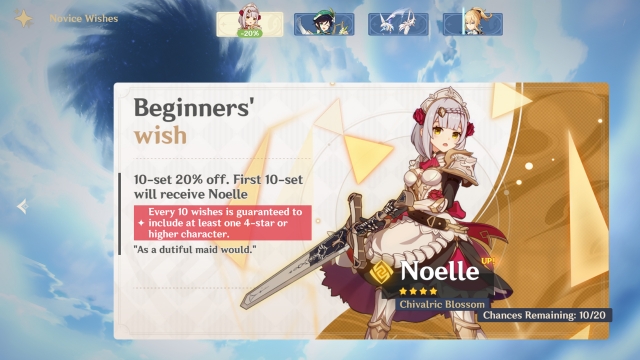 Since this is a free-to-play game, of course there’s some monetisation. There’s a form of battle pass that lasts for 30 days, and is probably the best thing to spend money on in the early game. The rest is all easily accessible through currency you earn by playing. Yes, it’s going to take longer to earn it this way, but that’s all part of the fun.

For those who do want to spend a little, there’s plenty here to choose from. I’d recommend buying as many Wishes as possible, so you can unlock all the characters early and have lots to do for the rest of the game. You can pick up Wishes very easily without spending money. As I mentioned earlier, the more you explore and play the game, the more Fates you earn. Therefore, the more Fates you have available to spend on Wishes. Finally, don’t give up. Around Adventurer Rank 9 I hit a wall. I’d finished all the open story missions, and the rest required me to go up an Adventurer Rank. This is where exploring the world, opening chests, and fighting everything I could paid off. There are a few of these walls in the game, and that’s part of the design. It’s meant to make you look for alternative methods, like buying currency. Before you resort to that, play an hour or so more and try to achieve the next goal without spending a penny.

That’s the end of our beginner’s guide to Genshin Impact. I hope you find these tips useful, and if there’s anything that you think new players need to know that isn’t here, let us know in the comments. 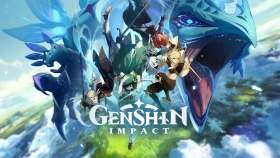