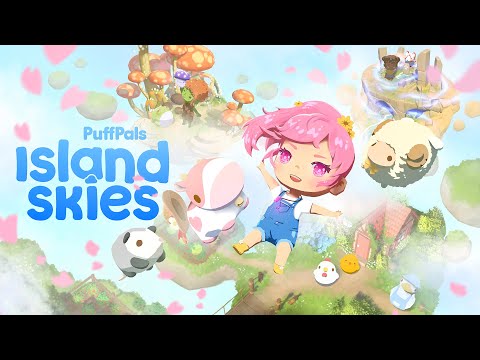 Make no mistake, PuffPals: Island Skies is a life simulator, but unlike the others, in this title, you live above the clouds on a mountain on an island filled with animal residents, such as Blanche, who we know is… quacked in the head. The trailer did that one, not me.

Funded on Kickstarter and receiving a staggering $2,564,821, PuffPals: Island Skies more than crushed their $75,000 goal, and we could not be happier! The trailer showcases a lot of where the funding got focused on, teasing some of the character creation, house decorating, building, and — honestly? — you can live in a pumpkin; I was sold from that moment.

The trailer did not give us any information on PuffPals: Island Skies’ release date, and there is no Steam page currently available at the time of writing. That said, the Kickstarter teased a January 2023 release date as the delivery date for the Kickstarter rewards, so fingers crossed it isn’t much farther than that!