Evolve is a game we’re all very aware of here at GameGrin. The jokes, about taking a whole week off our day jobs to play it, receiving hesitant laughs from all who this may hit a little too close to home. This is the kind of reaction I’ve been seeing all over previews of this game. People are dying to play the next title from the Turtle Rock, best known for its extremely popular Left 4 Dead series.

This seems sensible. And so this leads us to Evolve, a 4v1, Hunters vs Monster, arcade, co-op experience. While all these titles give some idea about the game, there is one line doing the rounds, that may as well be the tagline at this point. You need to play it to understand it. So buckle in while I try my best to explain what is so fascinating about this game. 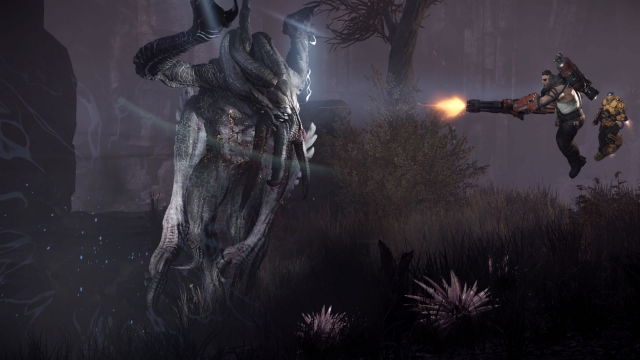 First of all, monsters. Let’s be honest here, a lot of people love monsters. Me included. H.P. Lovecraft is one of my personal favourite writers when it comes to creating original, horrible things that stalk the night and make your skin crawl. On the most recent announcement of the Kraken being a playable monster, had me very excited.  This is of course the giant, magic, octopus, wizard...thing, very reminiscent of Lovecraft’s most famous creation, and internet favourite, Cthulhu.

Yes there are plenty of monsters in games, but not very often are they playable nor are they so very powerful. This is part of what makes this game so different, the knowledge that your enemy is not only a huge monster, but it’s controlled by a breathing, thinking, intelligent being. This is what made Left 4 Dead so great when it came to playing against zombies who were just as smart as you. 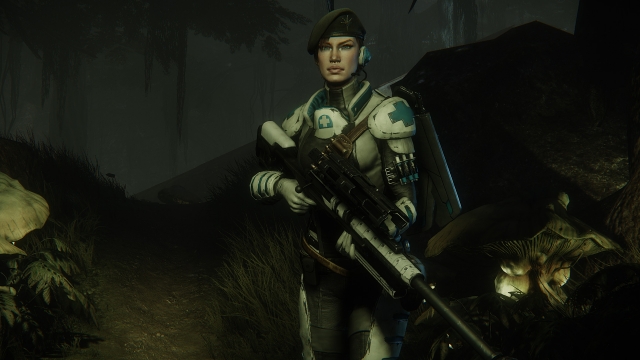 The shooting mechanics alone are so solid at this point you could take them and put them in Call of Duty and people wouldn’t complain. There has clearly been a lot of honing done with the controls and how player movement handles. And it handles perfectly. Boosting to higher vantage points as the hunter is enjoyable and satisfying straight out of the gate. The different classes, while they play differently dependent on playstyle, seem to all handle similarly. Some tiny tweaks, like the Assault class being a bit slower because they are carrying heavier weapons, make complete sense and work with the environments to never break immersion.

We were given access to all announced hunters and monster so far. Which led to some interesting combinations. My favourite hunter to play was the Medic, Val, she has a heal beam that can heal at range and has a sniper rifle that can create weak points on the monster for your team to hit for greater damage. This just played perfectly into my playstyle in co-op games and I just seemed to gel perfectly with the role. 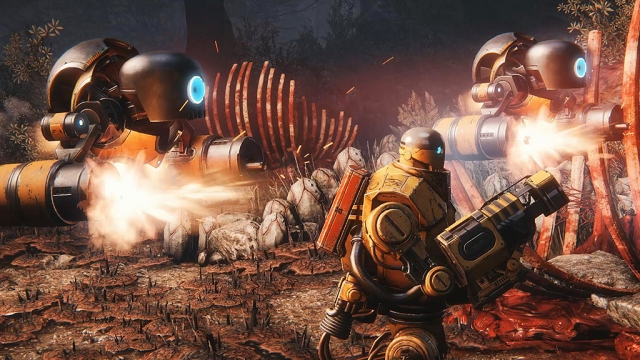 There are plenty of these roles for anyone. The support characters are there to back up their team in both offensive and defensive ways, while the Trapper is all about debuffing the monster to make it easier for your heavy damage dealers to kill. The Assault speaks for itself: heavy damage and with no abilities that benefit anyone but themselves. I will say Assault is nice to play as the weight of supporting your team is taken off your shoulders immediately and your sole focus is on the monster.

The monster seems to control well too, but more with a controller than with a keyboard and mouse. The Kraken was a pain to play against because being able to fly meant that finding him was harder than just looking on the ground. Also the aesthetic design of both monsters being quite dark manages to help them keep away from hunters in the early game quite well.The actual battles that occur do seem a little bullet sponge-esque, but that is kind of the nature of the game. 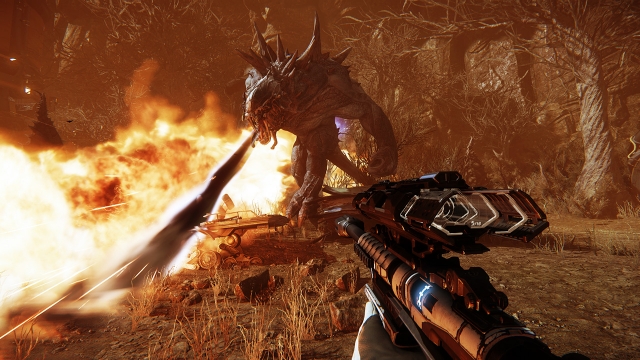 The communication was something I wasn’t quite expecting. None of us knew each other to begin with and the first game was quite awkward, but the second game was completely different. We started to talk, make everyone aware of locations and information we had. And it changed the game completely. Call outs became a necessary thing, we couldn’t survive without them and until we started communicating, we were getting trampled.

The ability to make four strangers communicate is something of a miracle when it comes to multiplayer games, and I expect it to take off a huge amount when the game fully releases. My time with Evolve taught me that you do need to play this game to understand it. It’s a game that until you’re in it, you won’t see the little nuances that allow you to play effectively. This means you’re all going to have to take my word and get out there when it releases.

Or, you could just play the Beta on Xbox One when it comes...

Evolve to Evolve no Longer