Anyway, on the game! X-Mercs: Invasion is an upcoming game on iOS in which a new resource has been found on earth; Blue Advinitive Crystal. Once found, it began to affect the planet and mutate life on it, turning most plants and animals into mutants. However, humanity hid in a metropolis, under the protection of force fields. 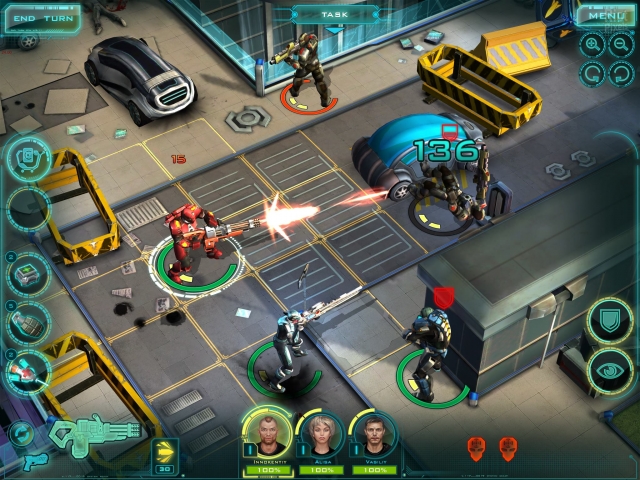 As more mutants appeared, the demand for a bigger military and protection force was required, and that’s where you come in. You command one of the special military forces and you have it’s entire arsenal at your disposal.

Enemies in the game range from mutants, to enemy human soldiers, whether they be opposing corporations or bandits. Later in the game, alien forces are discovered on the surface, which could possibly lead to multi-team battles between mutants, humans and aliens later in the game.

The gameplay in X-Mercs functions very similar, if not the same, to XCOM: Enemy Unknown. You have your main base, where you can switch up your squad, upgrade your soldiers and customise their loadouts. You have your research area in which you can set off short or long term researches to improve your squads abilities. Then of course, you have your world map which allows you to jump into the action of the game. 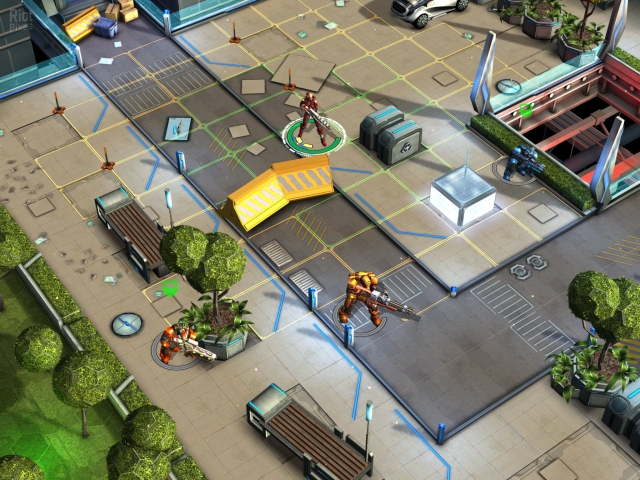 When it comes to gameplay, again, it is heavily based upon XCOM. You have up to two actions that you can do in a move per character, whether that is movement or attack. Movement is determined by a set number of squares. These choices will be vital to succeeding. Do you move your person to cover with no attack? Attack twice? Try a run & gun? Your choices will make the difference between a successful attack and a huge flop.

The graphics of the game look decent for iOS. Your camera angle and zoom can also be adjusted all at the users control by utilising the touchscreen. These allow you to play the game however you feel comfortable. Walls also disappear if they are blocking your view of a friendly (or enemy) unit.

My time with X-Mercs was rather short, so I wasn’t able to delve further into the game, but it’s using a great game (XCOM: Enemy Unknown) for a template, so with any luck, X-Mercs will be a great game for any iOS user.