I didn’t get very long with Deathtrap but from what I did play I enjoyed pretty much my entire time. If you’ve played any third-person action game you’ll feel right at home here. Coming from the team that brought you the Van Helsing series, and running on the Van Helsing 3 engine, Deathtrap changes the formula by being a tower defence game with a Diablo-esque edge.

The character you play as can be leveled up with gear and items to make them a better defender - this is something new in the genre that I really had a lot of fun with. Combine the addictive nature of loot drops and tower defence and you get one hell of an interesting mix. The towers themselves are your standard fare, I saw nothing game changing in my time with it. You can upgrade them all and, again, it’s all just standard ‘more damage’,’slow down’ etc. 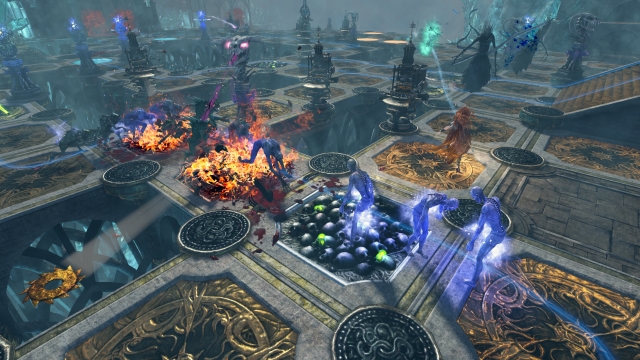 If you’ve played Van Helsing 2 you’ll be aware that there was a little defence mini-game that is essentially where Deathtrap evolved from. The gothic tone taken from Van Helsing, now in every level, is fantastic to behold and the game appears to run fantastically well. Even with a huge number of enemies on screen I never witnessed any slow down.

The interesting parts of Deathtrap are with the different moves you’re given. Traversal is made easier by a teleport move that allows you great flexibility in moving to defend certain areas. This, plus the ability to upgrade your character via loot drops in a standard RPG way give the game a really special feel. I wanted to play more than my allotted time allowed. 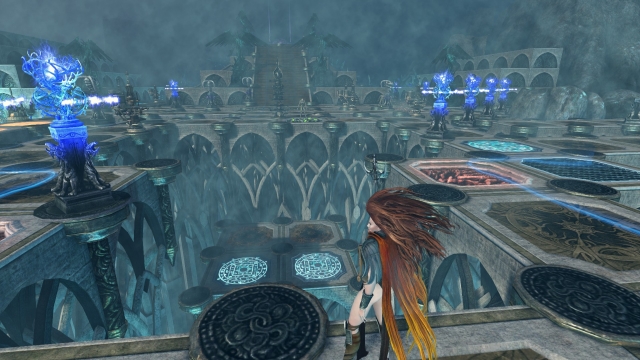 The only issue I found with Deathtrap was that it was very generic in design. While attractive to look at, it left a lot to be desired when it came to enemy types or any sort of core mechanic that grabs you. While the RPG leveling mechanic is a fantastic addition, only time will tell if it’s enough to sustain the game. I for one will be watching very closely as Deathtrap get’s closer to release.

Prev
Gamescom 2014
Next
What do you think about the idea of Deathtrap? Let us know.