Ever heard of the 2v2 fighting genre? If your answer to that question is yes, then congratulations. If not, then allow me to introduce Rise of Incarnates, a 2v2 fighting game from Bandai Namco. Don’t worry, I hadn’t heard of the genre before I came across it at this year’s Gamescom, so we’re (probably mostly) in the same boat here. The reason you’re unlikely to have heard of the genre is because it has very, very little exposure outside of Japan. But ever the innovators, Bandai Namco are launching a brand new IP in the west that implements this unusual but intriguing form.

Put simply, Rise of Incarnates pits two teams of two against one another in a 3D environment. Anyone who’s played a Dragon Ball or Gundam game will find the combat style familiar, whereas those who haven’t will just have to imagine...um...well, there aren’t a lot of easy comparisons out there. Still, if you’ve got a hankering for something new or if you’re a fan of the Japanese development style then this is something worth keeping an eye out for. 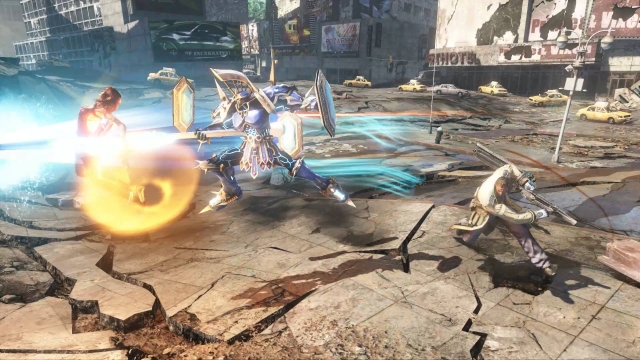 The game will be available by the end of the year on Steam and will be free-to-play; it’s not the first time Bandai Namco has dabbled in increasingly common distribution method, but it’s the first new IP the company are releasing with the model. In many ways it’s an ideal combination as characters (which will probably eventually be buyable) are the focus of Rise of Incarnates. In classic Japanese style the game has a rather elaborate backstory that involves a postapocalyptic world and a collection of superpowered anomalies knows as the incarnates.

They’re called this due to their connection with otherworldly beings who influence their abilities and fighting styles (you guessed that the incarnates are the ones that fight, right?). For instance, Jedrek Tyler is connected with the demon of German folklore Mephistopheles who becomes Jedrek’s primary form when he loses control of his anger. Dr Gasper Watteau, meanwhile, has an odd connection with the Grim Reaper and can summon legions of zombies to his side during battle. All of the characters currently revealed provide unique ways to play the game and also bring their own weird charm to the package. 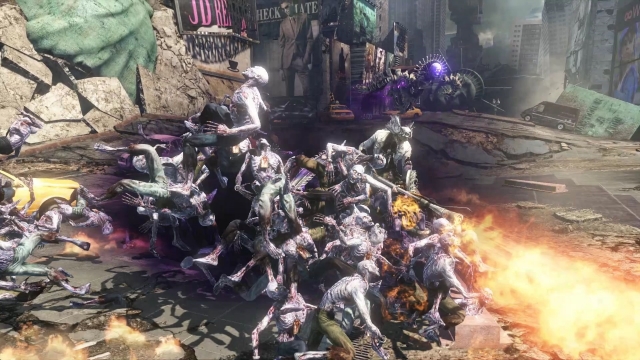 Mireia Valentin, for instance, is your classic ‘sexy’ Japanese character. It’s rather odd and undeniably awkward to see women represented in such as way within the modern gaming market, but there’s little doubt that she’ll probably single-handedly rake in a fair few downloads. Add on top a few sexy items of DLC clothing and it’s not hard to see why she’s been included in the game. Not to let her inclusion stick out amongst a collection of themed characters, she has her own ‘kiss attack’ in which she damages opponents with a big fat smooch.

During our Gamescom presentation we were introduced to the newest characters on the roster, President (not Colonel) Sanders who’s incarnate looms behind him during battle - something about power being on his shoulders. He tucks in beside a neat Tron-bike riding woman who represents Brynhildr, a mecha-tank version of Odin and a comparatively dull Ares - or Terence Blake, to use his normal name. It’s a real motley crew of characters, but their undeniable quirkiness will only help Bandai Namco sell them individually once the game is released . 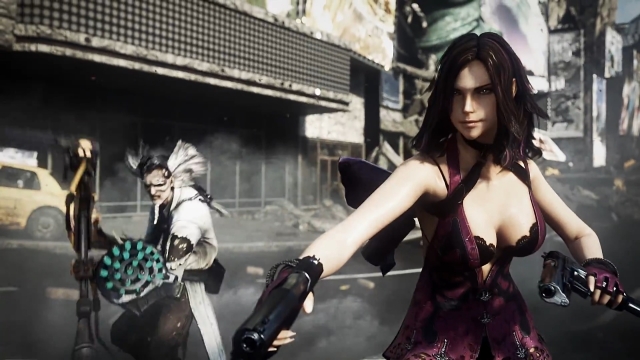 In a somewhat random but actually quite cool move, matches will take place across famous real-world locations. Currently the developers have revealed New York, Paris and London as the first playable maps. They’re all destructible to a certain degree and they look pretty cool alongside the wacky characters. More stages will obviously be unveiled as time goes on, although the developers wouldn’t reveal as to whether the real-world locations will be a constant theme - there is afterall a lot of potential for some crazy fictional locations.

The gameplay itself looks fast and frantic, although different characters will place emphasis on differing aspects. While Mireia (a.k.a. Lilith) is focused on quick attacks with small damage characters like Odin and President Sanders are all about big damage dealing without the manoeuvrability of the other characters. The co-op aspect of Rise of Incarnates is also sure to be a key selling point. 2v2 fighting games may not be particularly common in the west, but that won’t necessarily stop the game from taking off as a way for fighting fans to play together in a title that really relies on teamwork and cooperation. 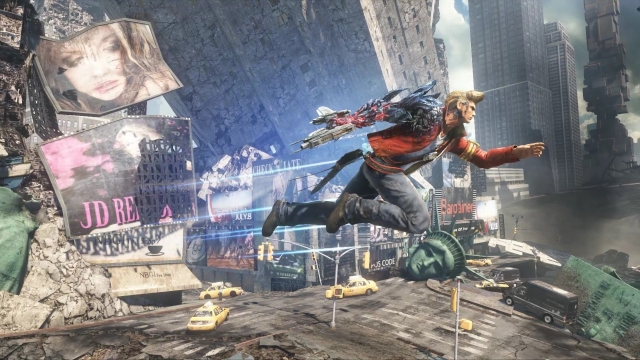 Ultimately, Rise of Incarnates feels like a test for Bandai Namco, a toe dipped in the waters of Steam free-to-play as one of the first fully fledged 2v2 fighting games to be released in the west. How well the game will be received in this part of the woods is hard to meter at this point, but there’s undoubtedly an audience there for the game based on some folks’ response to the game’s full reveal at E3. Plus, with the publisher throwing a fair amount of its marketing might behind the game, particularly in the form of a Marvel distributed comic, there’s a good chance that Rise of the Incarnates will be carving out a niche of its own come the end of the year. 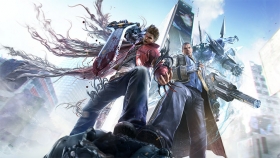