“The goal is to create the number one fishing game in the world.” So said Dovetail Games Fishing lead developer Luke Herbert at this year’s gamescom. You wouldn’t be at fault for pausing for just a moment there to consider how many fishing games there actually are. On PC and console, at least, they’re practically nonexistent. Cheesy Wii titles and atrocious mobile games are the most recent developments in the world of videogame fishing, so a proper honest to goodness angling-addict appropriate experience is definitely on the cards. That’s where Dovetail Games Fishing comes in.

In many ways, the UK-based Dovetail team are ideal candidates for creating a game of this niche nature. “Dovetail has been building itself a reputation on Train Simulator for a number of years now” Herbert noted,  “It’s very successful, but thanks to that success it's now time to expand and look at new technologies such as Unreal 4 and try to grow the company so we can do new simulators that haven’t been done before.” In essence, when it comes to niche, Dovetail know the score. Then again, you might be questioning Herbert’s statement - after all, we’ve seen plenty of fishing games over the years, even if they haven’t exactly been astounding. The key here, however, is the simple word ‘simulation’. For the Dovetail team, that word means a lot. 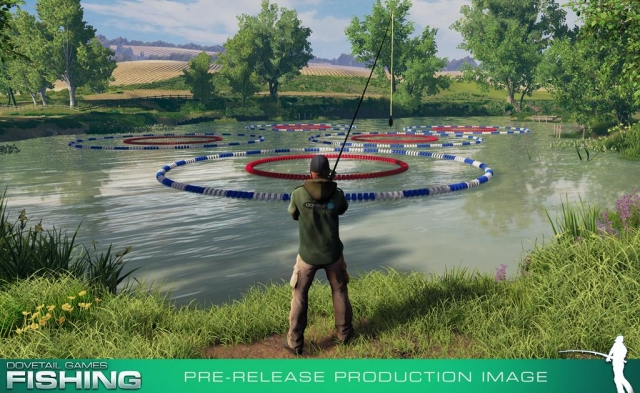 “We’re really capturing what it’s like to be an angler. How we do that is with our control system: in most fishing games you just press a button and cast out, there’s a lot of gameplay that’s lost there because in real life you actually go walking around the lake, you find the fish you want to catch - you want to find the 60-70 pounders, then cast out into those areas. So when you make that less about skill, and just a button that people press - it loses the simulation factor.” Fishing, in comparison with those more simplistic games, allows the player to manage every detail of their experience.

So choosing your equipment is an important part of the process, just as it is in real life. You’ll then need to guide your avatar around the lake in question, surveying the wildlife and working out the best place to set up your line. It’s a concept that adds a significant degree of realism to the game. No longer will you be casting in random locations set by the game’s difficulty parameters, in Dovetail Games Fishing it’s your job to find the best place to cast and ultimately catch the best and biggest fish. Of course, if you’re unfamiliar with all of this, then the game will include a host of features to get you involved. 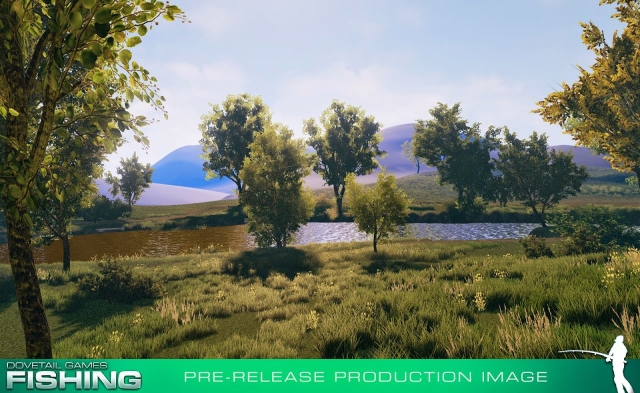 “This is very much a neglected area of gaming - there are anglers out there who want a fishing game and there are players out there who are interested in fishing but it’s too daunting and there are too many aspects of it.” No doubt, videogames are a great way to introduce yourself to the world of angling so it’s good to hear that Dovetail have rookies in mind, even if they’re not willing to divulge specific info on this just yet. Being a part of the Steam Early Access scheme should help entice some newcomers,  “With Train Simulator we’ve got that community on Steam - we know they’re passionate, we know that area well. We want to put it on Early Access to put it in player’s hands early and get them giving us feedback as early as possible.”

For those fans of the developer, and the angling fans intrigued by the new IP, Fishing is shaping up to be the a great choice - even if it is the only real option. The game includes an intuitive control scheme titled “Total Cast Control” that makes casting and reeling much more natural when translated onto a gamepad or mouse and keyboard. Herbert noted that “it’s all one to one, it’s all real time simulation. You can see the line flipping on the end of the rod, then when you cast out you can see the bait flying in the air, so it is really detailed.” If perfect simulation is your bag, then Dovetail Games Fishing is sure to appeal to you even if you’re unfamiliar with angling. 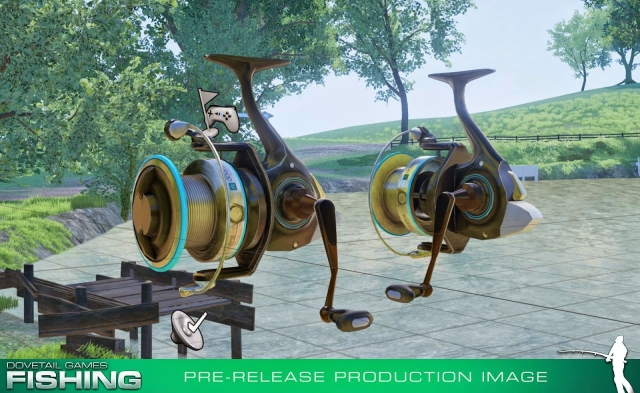 The PC version of Fishing will be hitting Steam Early Access by the end of this year, but the team have also started looking at expanding their market to console gamers. As mentioned, fishing on console has always been a heavily restricted affair, the majority of titles can be found on Wii and are generally lacking in the ‘quality’ department. So there’s a potential market there for Dovetail and with Fishing running on Unreal Engine 4, it’s easy for them to port: “We have the dev kits in the studio right now and it took our lead programmer just a day to get it running. But we’re quite focused on doing PC first and then once we have that to final quality we’ll look to do port it on to Xbox One and PlayStation 4.”

Dovetail isn’t stopping there either; the team are aiming for even more advanced technology to bring angling into the new era of gaming. “We’re also looking to use VR technology such as the Oculus Rift, it’s going to be available at the early access stage and we’ve already got our preview of it running. We’ll eventually look to do Morpheus as well.” For those who don’t have a local pond or canal it seems like the perfect way to enjoy a spot of fishing - extra points for those who go the full mile with the bucket hat and deck chair. 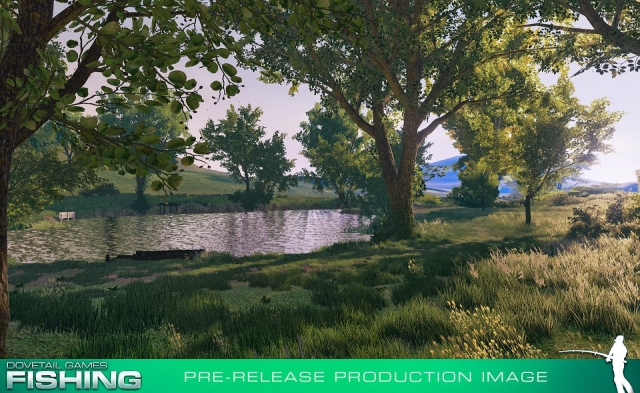 Luke Herbert had some interesting final words on his teams’ project: “people have frowned on us for choosing fishing as out next simulator, but we’ve got success from making niche titles good. We prefer to look at it that Dovetail create hobbies instead of games.” If Dovetail Games Fishing is as good a final product as the team seems to think it could be, this should be the realisation of every anglers’ gaming dreams. It’s looking to be complex, realistic and on the cutting edge of technology. There’ll be fish too apparently, lots and lots of fish.