Defence Grid was a great game, don't get me wrong. But it was missing a few things. Nothing game-breaking or ruining, just small features which would have made Defence Grid just that tiny bit better. Well, Hidden Path have come to quiet our voices with Defence Grid 2, and my God does it look great.

Like always, before I jump into Defence Grid 2, I'll run you through the game itself. Defence Grid is a Tower-Defence game in which you play as an un-named, mute character who, in the midst of an alien invasion, stumbles upon an old computer terminal. Upon activating it, he/she reinvigorates an old AI named General Fletcher. Through this AI, he/she is able to defend certain areas through placing a variety of towers. The Aliens in the said area are after 'Power Cores'; the AI's energy system. If an alien gets through your defences to your Core Housing, he'll collect one and then he'll have to go back through your base and escape with it. If he dies, he'll drop the core and it will slowly drift back to the Core House (Although other aliens can pick it up and continue to escape with it.) Losing all Power Cores causes the AI to power down and it's game over.

There's obviously more to it than just that, but you'll pick up on those as I go through. The first new, major point that I want to hit on is something that every fan of Defence Grid has been waiting for. A multiplayer mode so you can play with (or against) your friends! (or enemies!) 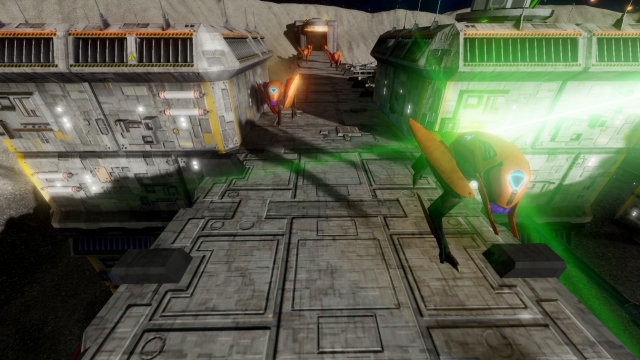 There are (at the moment) three multiplayer modes planned for Defence Grid 2. The first is your standard co-op, with the selection of campaign levels and (I would like to hope) all their challenges (just imagine Super Grinder with two people!) The next is 'Co-Ordinated Defence', a co-op mode with semi-competitive aspects. Co-Ordinated Defence is the same as co-op but with an obvious twist; both players have a colour, and they can only place towers in areas that are marked their colour. The competitive side comes in the fact that there is a scoreboard to track how well (or badly) both players are doing, which can put a bit of a competitive edge in the sense of 'God damn it he's beating me I better place some random towers up here to beat his score' which in turn could result in you losing because you've stopped working together. It's an interesting concept which could churn out some pretty hilarious and memorable moments.

The last is a versus mode in which both players play on the same map. They can't see each other and they each build independently. Then the Aliens start coming. Whenever one player kills an alien, it reappears on the other players map, stronger. If you don't understand (I know what I'm saying and I don't even understand it), let's say we have Bob and Jane playing. Whenever Bob kills an alien, it will appear in the exact same spot on Jane's map, except stronger, and vice-versa. The variety in multiplayer modes is a good choice and it doesn't feel like that added multiplayer 'because they could', there was a high demand for it and they've pulled it off nicely. 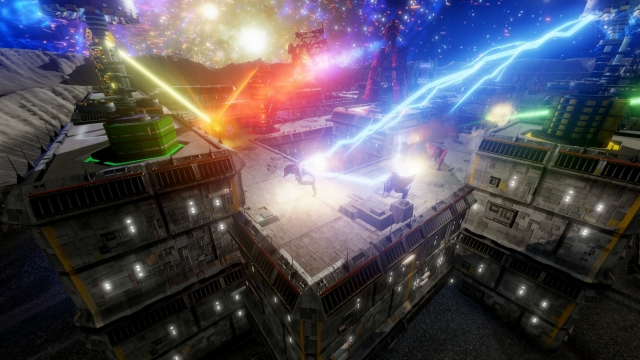 My next point is towers, and attack in general. Everyone loved the Orbital Laser in Defence Grid, using the AI to hack into a satellite and annihilate a group of aliens in an instant. But many refrained from using it due to the fact it didn't give any resources for aliens killed with it. In Defence Grid 2, not only does using the Orbital Laser have no drawback, but you also have access to other Special Attacks, which is selected before launching into a level. These can be a map-size temporal blast, slowing all aliens down or a blast that sends all loose Cores (Cores that are drifting back to the Core Housing) straight back to the Core Housing. There are more characters in Defence Grid 2 that will offer a much richer story then the first game did. Fletcher will make a return, as will Simon and Cai (characters from the Containment DLC) and many more new faces will appear.

Many players loved the 'Maze Maps' in which you placed towers to practically build the map walls. However, a main problem with them is that a lot of the time it was just a riddle of Gun towers (the least expensive tower) that didn't really do a lot. Well now you have the Block tower; an inexpensive tower that does exactly that; blocks. Not only this, but you can place another tower on-top of these blocks later, allowing you to build your maze up and then place any tower onto them that you like. You also have a Route Indicator that is especially helpful on Maze Maps to let you know exactly which route the aliens will take. Finally, you have the Command Shuttle, which (at the cost of resources) allows you to add pre-set tower placements to the level, allowing some players a strategic edge. 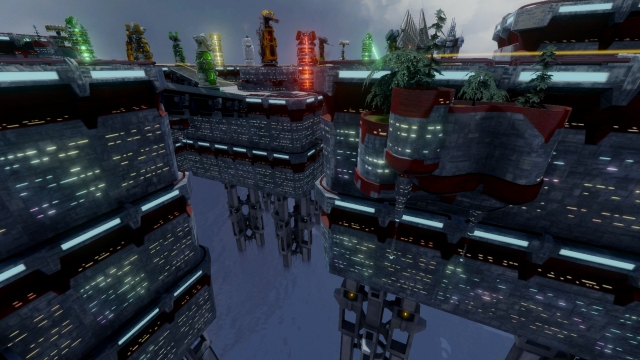 Within levels themselves, there are several new features that you will notice. The first and most prominent one is the Real-Time score-tracker, tracking both you and your highest ranking friend as you progress through the level (I.E. when you're three waves into a level, you will see how your friends score was doing three waves into their game and compare). The second is the Heat-Map, a handy little tool that will prove invaluable to skilled players. The Heat-Map shows whereabouts on the level that the most damage is being done. The redder or 'hotter' an area, the more damage that area is sustaining. Likewise, the bluer or 'colder' an area, the less damage it is taking. This allows a skilled player to spot the strengths and weakness in his/her defence and act on them accordingly. Not only this, but hovering your cursor over a tower will highlight that unique towers Heat-Map, highlighting where in it's area that aliens are damaged the most, and clicking on the tower will show you exactly how much damage it has done, allowing you to pick between upgrading your best towers and selling your worst. Finally, while playing Defence Grid 2, you can obtain special items to buff a certain tower in a certain way. For instance, you can give your Laser towers the ability to shoot through shields, or increase your Gun tower damage by 30%. Each tower has a limited amount of special upgrades that you can attach to it, forcing you to make a balance between your upgrades (or if you want, focus fully on one aspect).

Leaderboards are a big part of any community. It brings them together and shows them all who the best of them really is. So that's why Hidden Path have worked hard on their leaderboards for three different kinds of equally skilled players with varying play-styles. Leaderboards are based on the game mode you select before entering a level. First, there is 'Casual', in which everything is allowed; buying, selling, upgrading, Special Upgrades, etc. Then there is 'Competitive' which has no Special Upgrades and no selling. Finally there is 'Competitive Unlimited Sell' which is (you guessed it) competitive, but you can sell towers as many times as you like. This mode is specifically meant for 'Jugglers'; players who build elaborate mazes and, once the aliens have navigated it, block off the exit and sell another tower, forcing them back through the maze (aliens can't attack towers or destroy them in any way) and essentially 'Juggling' them around until they die.

Defence Grid 2 will be much longer than the first one, with 21 levels spanning over a (roughly) 15 hour campaign. Not only this, but all levels will have a wide range of challenges, both new and old, giving the game a long, hefty life. 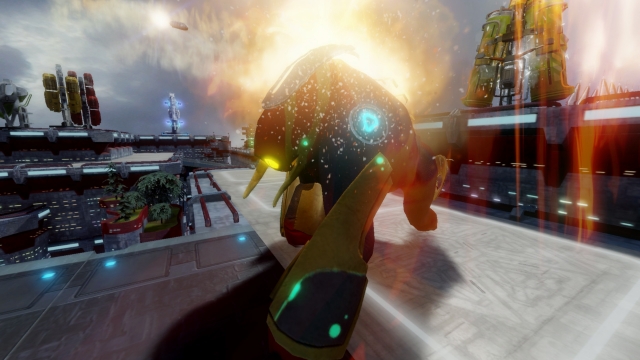 Now, the biggest point of all. What could possibly be better than multiplayer modes? That, my friend, is about to be answered. With the beta of the game (and the game itself) comes a Map Maker. I know what you're thinking 'pfft, loads of games have it.' And you'd be right to think that. But there is more to this. The Map Maker itself is easy to use (we watched someone make a nice map in five minutes) and importing them into the game is extremely easy too. But here's what takes the cake. You can upload your maps to the Premium Workshop and players can vote on maps. Hidden Entertainment will then add the best/highest voted maps to the game store and the Map Maker(s) will earn royalties based upon the maps sale. These Mapmakers can also share these maps with their friends rather than having them pay for it should they wish to do so.

With all of these points, Defence Grid 2 is looking brilliant. Defence Grid 2 is sporting challenges, more characters, Map Making and of course, multiplayer. I’d say from the looks of things, it really hits the mark, which that Defence Grid -despite being a great game- didn't quite do. 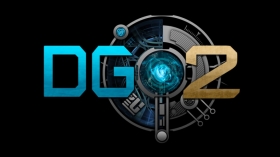