The gameplay shown to us at Gamescom was somewhat amazing, but before I get into that I’d like to take a second to talk about the passion on display from the members of the CD Projekt Red team. There was what can only be described as a mini cinema erected in the press area of the their booth. Before entry was given, you had to wait for the preceding presentation to end and in the lobby area was a huge amount of Witcher memorabilia, including the collector’s edition game (statue and all) in a glass case for all to see. The detail on the statue in question was near-perfect and a testament to a team that clearly cares about its game as much as it cares about its fans.

Once we had all taken our seats the lights were turned out and the gentleman on voice-over duty - who had most likely given the same speech umteen times over the course of the weekend - gave his presentation with such enthusiasm that I was surprised by just how much it made me engrossed in what was happening. 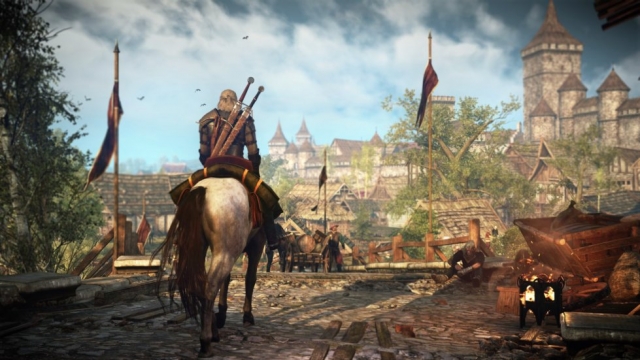 We are immediately back with Geralt of Rivia, the main protagonist, after the E3 demo that finished with him battling a Griffon. On his horse Geralt rides towards the city of Novigrad. Novigrad is the largest city in the world of The Witcher and is fully explorable. The world is the first obvious thing on display. NPCs go about their business and we’re told every single one has a day/night cycle that they will follow.

As we enter the city and make our way to the tavern to meet a mobster who has information for us, it becomes clear just how large the world is that The Witcher 3 is in. As we go on in our demonstration we travel to the farthest reaches of the south of the map and told it would have taken us up to twenty minutes to travel here on horse, showing that it’s no exaggeration that this world is large. There appears to be much to see as well with plenty of map markers that tease us as they are ignored in favour of the quest we’re on. Heading into the swamp lands in search of an ashen-haired girl, we’re introduced to the next best part of series: character. Exploring the swamps, we’re shown the use of Geralt’s new senses that allow him to see the world in a new way. Footprints are highlighted as well as things of interest. This allows us to stumble upon Johnny, a godling that has lost his voice and requires us to get it back for him before he can impart any information regarding the girl we’re looking for.

Even with no voice Johnny manages to create a character that rivals that in many other games, showing off CD Projekt Red’s mastery of character and storytelling. Enemies are next up on the list of things to show off. While following Johnny Geralt is attacked by Drowners, enemies that inhabit the swamp. They are the bodies of dead townsfolk that have been dumped here to be forgotten. On display here also is the much overhauled combat system. Combat appears to flow a lot better, allowing movements from melee attacks to magic attacks without micromanagement of systems like the previous instalment. After this we’re shown even more combat when a group of harpies stand in his way. The small crossbow is the newest addition to the monster-slaying arsenal and it appears that time slows down then you use it giving you ample time to aim.

After defeating the harpies we get Johnny’s (somewhat annoying) voice back and he takes us to his ‘gran’. She introduces us to several witches that then give us a task to destroy a dark power in an area known as Downwarren. On our way to complete this task we pass some bandits that help show off not only the magic system but the new dismemberment in the game. 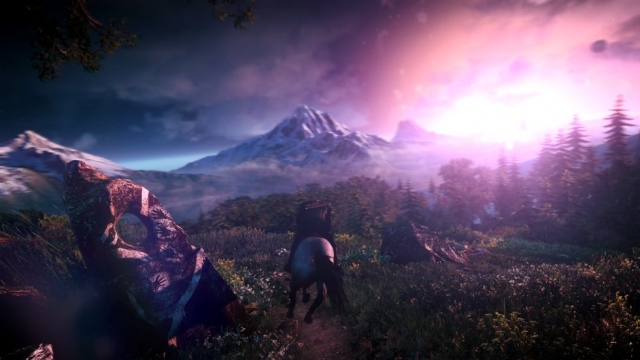 This makes combat visceral and engaging unlike other games as you can feel every impact just watching it, let alone playing it. After this part it’s all mainly iteration on combat and character/storytelling. Some interesting enemies are shown off; werewolves seem an interesting opponent with fast moving attacks and multiple enemies at once can throw you off balance.

We’re also shown diving, a new way to explore the world, but not given much information to that effect. There is also an extended period of dialogue with the evil spirit, spoken about earlier, in which there is a choice given that we’re promised will affect the way the rest of the game plays out. Once dealt with, Geralt returns to the witches who gave the quest in the first place. They explain what they know of the ashen-haired girl we seek, and the demo was over. 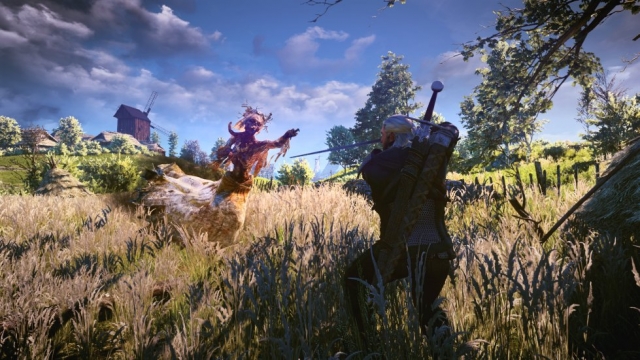 The Witcher 3 seems to have more of what fans loved about the previous titles. With promised improvements to combat and general accessibility, everything is looking good for Wild Hunt at the moment. It may be that even if this is your first experience, it’ll be a good place to jump in and start with the world of The Witcher.

Prev
Gamescom 2014
Are you looking forward to Wild Hunt? Let us know below